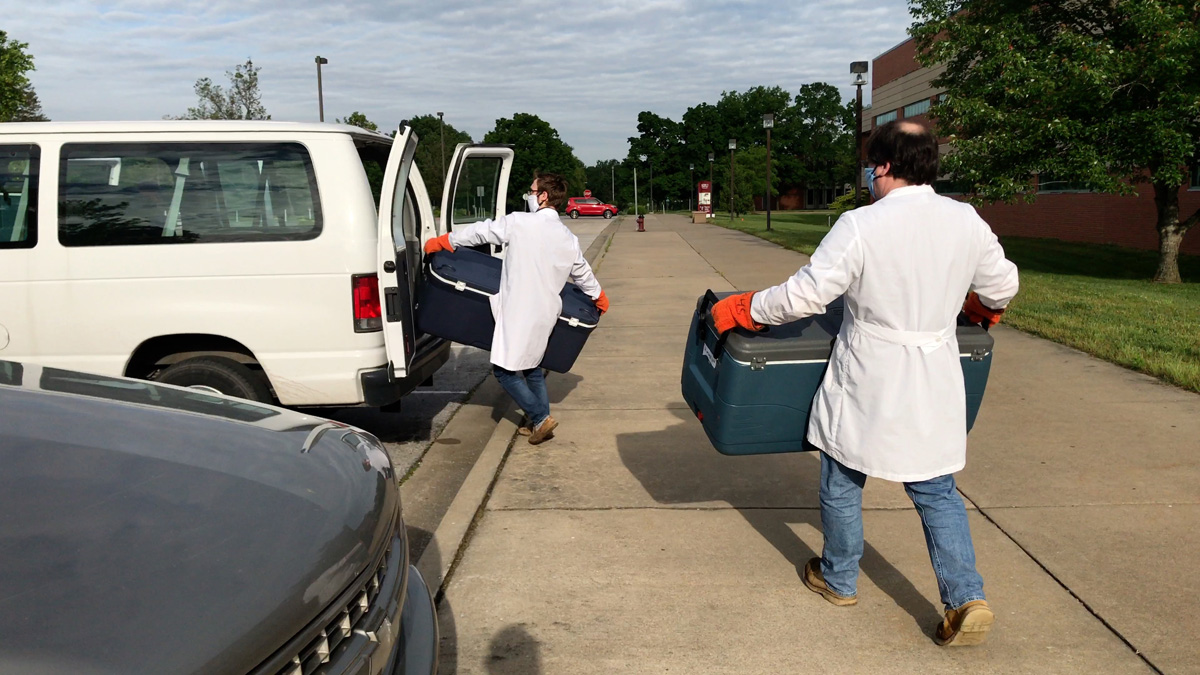 Earlier this week, some of the faculty, staff and students who came together during the early days of the state’s health emergency loaded a van with the final shipment. Together with two other state universities, the SIU team helped buy time needed for industrial suppliers to ramp up VTM production.

In early April, as the magnitude of the pandemic became apparent, state leaders asked universities to investigate making VTM, which was in short supply due to the sudden large-scale need. The substance plays a critical role in testing individuals for COVID-19, as medical personnel place swabs from suspected cases in vials containing the solution before capping, sealing and sending them to testing facilities.

SIU was the first to deliver its VTM to state health authorities and ultimately produced 40,000 vials under its initial contract. SIU was working on its second contract with the state, which required the university to produce a grand total of at least 80,000 vials, with a maximum of 160,000 vials, when state officials told universities they could halt production.

“We made 115,000 and were ready to make more, but the state gave the signal to stand down as the effort was a success,” said Scott Hamilton-Brehm Scott Hamilton, assistant professor of microbiology and one of the leaders of the effort. “The production of VTM from the three universities gave the state of Illinois the buffer time desperately needed so they could test for the virus on a daily basis and concurrently secure a commercial source to produce millions of vials of VTM.”

Getting VTM production off the ground at SIU was an intensive effort that required a variety of scientific laboratory skill sets and good old-fashioned shirt sleeves work. Along with four faculty leading the way, the team ultimately included five graduate students and about 14 undergraduate students rotating work shifts in three different laboratories around campus.

And it was all done with safety as a top priority.

“The rotation of the workers across all labs, maintaining six feet distance from each other, no more than a determined maximum for each size lab, the constant use of PPE -- gloves, mask and lab coat – was necessary to meet minimum safety procedures to reduce the risk of the virus striking this effort,” said Hamilton-Brehm, who filled the role of program officer and dispenser during production. Other core faculty involved included Vjollca Konjufca (safety officer and dispenser), Matt Geisler (project “fixer” and logistics), and Andrew Wood (management and transport).

“I continue to be extraordinarily proud of the way in which the faculty at Southern Illinois University Carbondale have stepped up to assist the state and region in dealing with the COVID-19 pandemic,” said Gary Kinsel, vice chancellor for research. “I know that our efforts have allowed the testing capacity in the state to ramp-up more efficiently and that, ultimately, this testing capacity has saved lives.”

The effort to produce the critically needed mixture galvanized the team and has given its members important memories to carry with them, Hamilton-Brehm said. As work wound down this week, members looked back on the early days of the effort, including how it felt to receive the call to action, developing the procedures to mass-produce VTM in research labs, and all the mistakes and lessons learned along the way.

“We all agree that as we look back over our two months of hard work, the events seem like many ages ago, yet it’s like we just got started,” he said. “We may not have been completely confident from beginning to end, but our training as proficient scientists saw us safely to a successful conclusion.”

The team found itself in unfamiliar territory, at first. Problems such as simply finding the best way to dispense VTM into the tubes using automatic dispensers, acquiring a stable workforce, and securing sources for the correct size of vials from around the nation were among the early challenges, Hamilton-Brehm said. For all that, one of the biggest issues was of a more mundane nature.

“The most trying problem was making sure the labels stick to the tubes,” he said. “Since the tubes were coming from various vendors, the plastic and coatings were different, plus each vial is refrigerated. This caused a lot of problems for us.”

Through trial and error and with logistical support from Geisler, however, the team ultimately identified a type of adhesive label that worked with all variations.

The team at first struggled to come to terms with both its strengths and weaknesses while simultaneously mass producing VTM. But overcoming adversity is a core value at SIU, which instills in students the ability to think critically and creatively, Hamilton-Brehm said.

“The strength of SIU can be found in its people and their ability to adapt to a rapidly changing situation” he said. “We learned that our strength came from our skills, rapid response, efficiency, and our desire to make a measurable difference in an unprecedented time.” 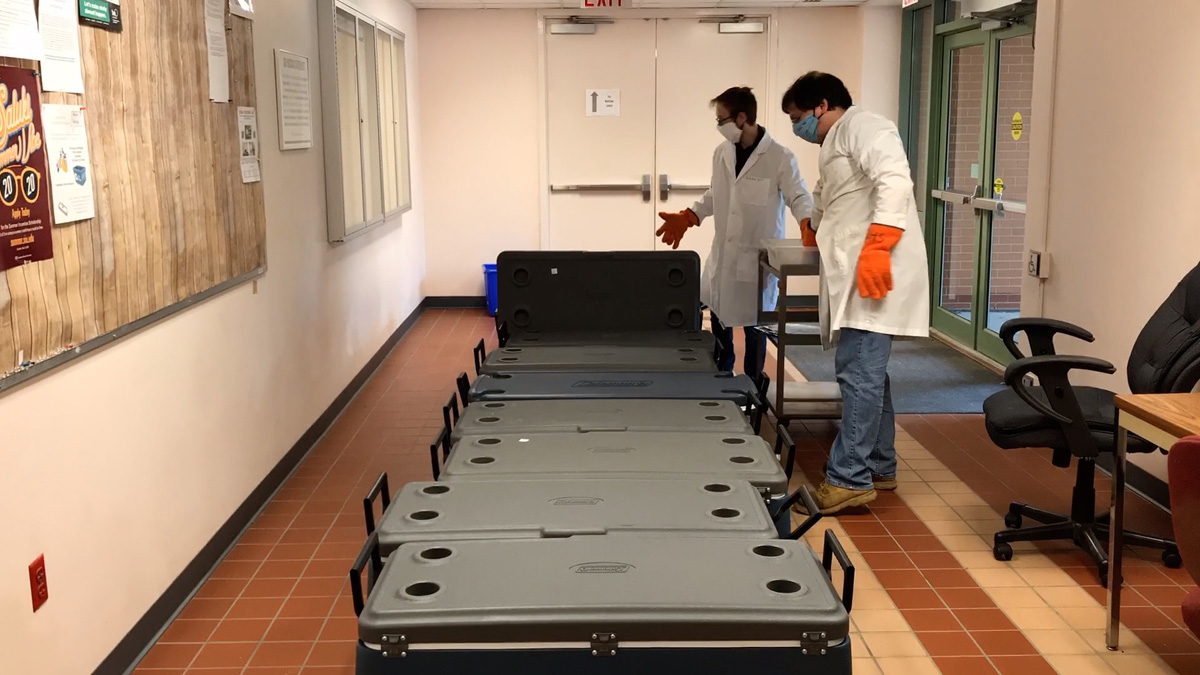