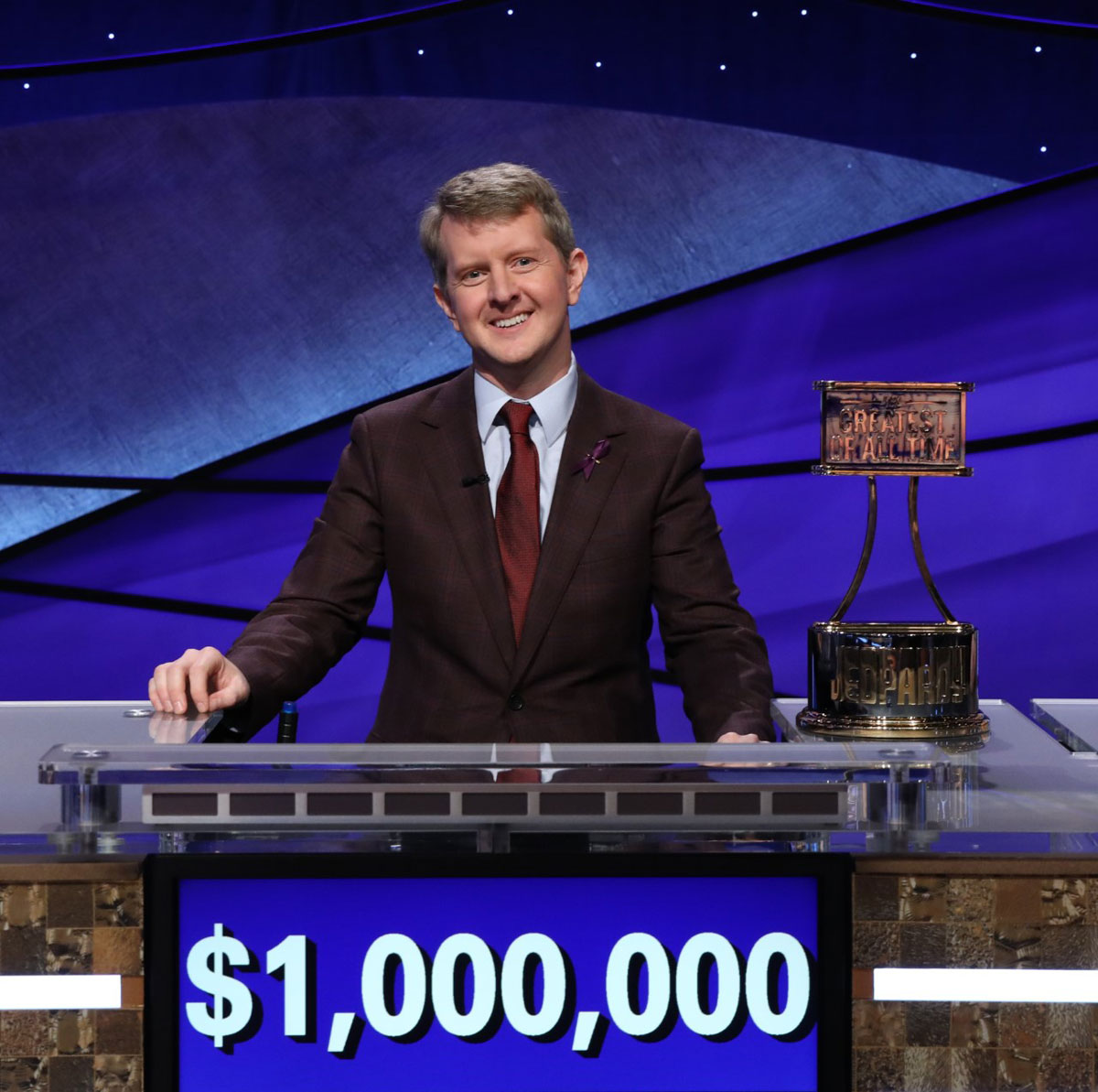 In true Jeopardy! style, the question for that answer is: who is Ken Jennings, the Greatest Jeopardy! Player of All Time?

Jennings will present “The Future of Knowing Stuff: Knowledge and Learning in the Age of Artificial Intelligence” at SIU’s Shryock Auditorium at 7:30 p.m. on March 27. Tickets, available online now at 150.siu.edu/kenjennings on a first-come, first-served reservation basis, are free.

The guest appearance by the “King of Trivia” at SIU is in conjunction with the university’s big 150th anniversary wrap-up festivities, concluding a year-long sesquicentennial celebration of educational excellence.

During his presentation, he will host a mini-quiz show featuring SIU students as contestants.

Afterwards, Jennings will sign copies of his book “Planet Funny: How Comedy Took Over Our Culture,” which will be available for sale.

Just weeks ago, Jennings beat two other Jeopardy! legends, Brad Rutter and James Holzhauer, to win $1 million and the GOAT (Greatest Jeopardy! Player of All Time) title. It was a prime-time, best-of-seven event in which two games were played each night with earnings totaled to choose that day’s winner.

It took Jennings just four matches to claim the title against fierce competitors. Rutter holds the record for the highest total winnings of any American game show contestant with $4,688,436, followed by Jennings and Holzhauer. Holzhauer had a 32-game winning streak in 2019 and holds the top 16 single-game scores for the game.

Jennings’ affection for trivia – and Jeopardy! -- is lifelong. A Seattle native, he spent his childhood in Korea and Singapore, where his father was an attorney and young Ken faithfully watched the game show on Armed Forces Network. Later, attending Brigham Young University, he was captain of the university’s successful quiz bowl team, and he began writing and editing questions for a company that organizes college and high school quiz competitions across the country.

While working as a software engineer in 2004, Jennings got a call that would change his life. He would appear on his beloved Jeopardy! in June. The tech wizard resorted to some old-fashioned methods – flash cards and hours of study, to prepare for his appearance. It worked.

One victory led to another and he reigned as champion for a remarkable six months, winning 74 games and earning $2.52 million in regular season play – both record-breaking feats for American game shows. He also holds the record for the highest percentage of correct responses, a remarkable 35.9 percent.

By now, Jennings was a celebrity, a bit of a folk hero. He guest starred on “The Tonight Show,” “The Late Show with David Letterman,” “Live with Regis and Kelly” and even “Sesame Street.” National publications gave him additional titles, including “the Michael Jordan of Trivia.”

He has since gone on to host other game shows and appear in advertisements for national companies.

Jennings has also found a new career: best-selling author. He has a dozen books to his credit, including the New York Times best-seller “Maphead: Charting the Wide, Weird World of Geography,” “Brainiac: Adventures in the Curious, Competitive, Compulsive World of Trivia Buffs,” “Ken Jennings’ Trivia Almanac: 8,888 Questions in 365 Days” and others, as well as a children’s series, “Junior Genius Guides.”

He co-hosts “Omnibus,” a podcast compilation of odd but true stories for a time capsule, and he is a resident expert for the Game Show Network’s “Best Ever Trivia Show.” He also writes a blog for “Condé Nast Traveler,” writes a weekly “The Debunker” column and is involved in other projects.

Return to where it began

Since 2004, Jennings has made a number of return trips to Jeopardy as well, including a famous 2011 matchup against IBM’s “Watson” supercomputer – his own up-close and personal encounter with artificial intelligence. He also competed in the Ultimate Tournament of Champions and against Rutter in the “Battle of the Decades,” boosting his earnings and preserving his place as one of the most memorable game show contestants of all times.

He speaks frequently about artificial intelligence, the importance of knowledge in connecting people, and the value of trivia. He is a perennial crowd favorite known for sprinkling humor liberally throughout his presentations.

Although tickets for Jennings’ presentation are free, seats are limited and should be claimed early. 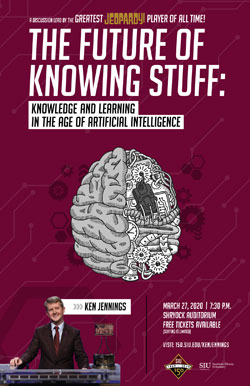