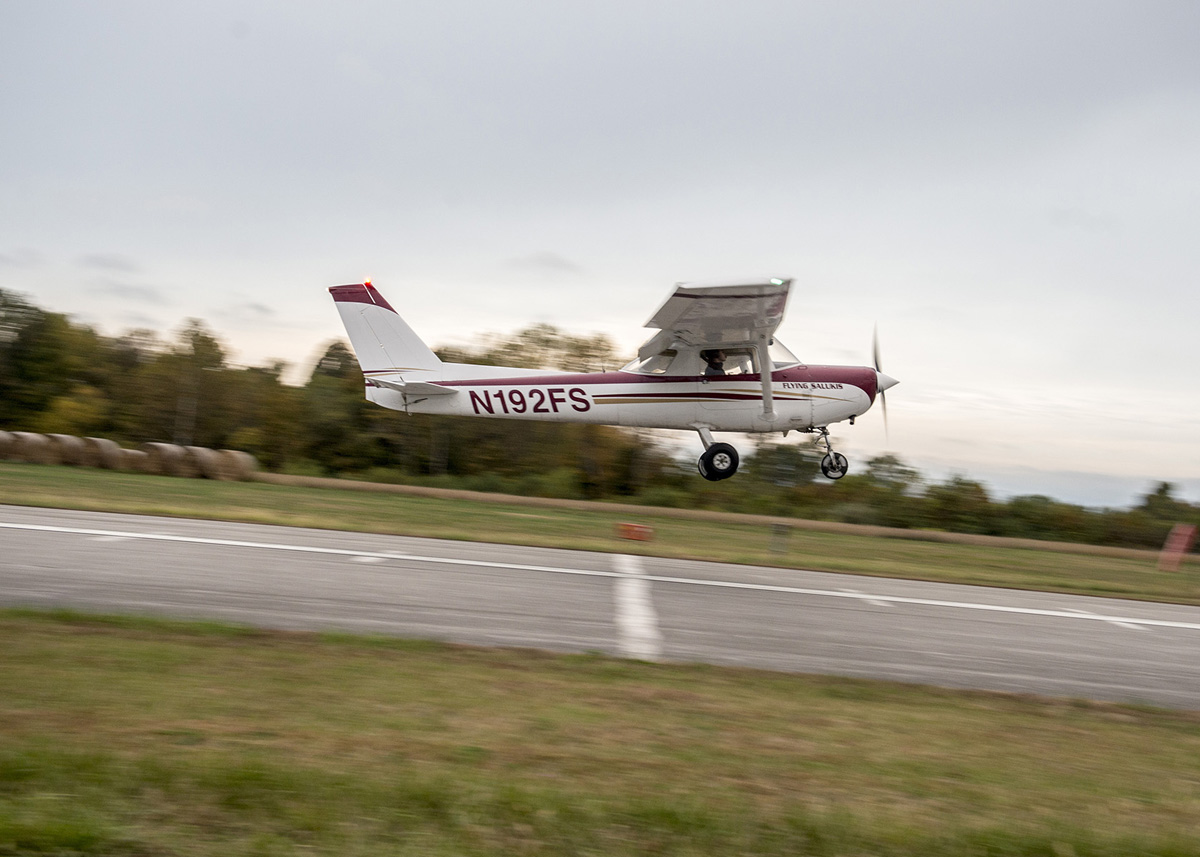 CARBONDALE, Ill. — With more than half of his squad potentially competing for the first time, Nathan Lincoln, head coach of Southern Illinois University’s Flying Salukis, had a few anxious moments leading to the National Intercollegiate Flying Association Region VIII competition.

But a blend of veterans and youth during the Oct. 29-Nov. 2 event at Southern Illinois Airport was the right mix as the team won a ninth straight regional crown and will advance to national competition for a 50th time in 51 years.

Winning nine straight regional titles is difficult. Lincoln said it’s a “shining example of what a prestigious flight school we have here at SIU.”

“Winning with such a young team is an amazing accomplishment,” he added. “I am so proud of the way they worked together to not only better themselves but the team as a whole.”

Taking both the ground and flight event divisions and having five of the top six scoring contestants, SIU finished with 341 points, nearly doubling second-place Lewis University. Purdue University was third. The top two teams advance to the national finals, May 18-23, in Oshkosh, Wisconsin at Wittman Regional Airport.

Dominating performances throughout the week

Even as a young team, there was depth throughout the 10 events, as the squad placed:

Following Finer, Voris, and co-captain Colin Heisler, a senior in aviation management, from Mount Prospect, finished second and third in scoring. Evans and Ochsenbauer were fifth and sixth overall, respectively.

Also scoring for SIU in the event were, with hometown, major, points and overall placing were:

Other Flying Salukis with hometowns, year in school, and majors are:

Lincoln credited assistant coaches Michael LeFevre, Robert Kay and Andrew Roadcap in helping prepare the young team. Lincoln was “extremely proud of how they were able to bring out the best in everyone.”

“Without their help we would never be able to be this competitive,” he said.

Lincoln also added the “unwavering support” of the team and its accomplishments make coaching and competing enjoyable.

The nine-time national champions look ahead to the national competition. The team has nine straight top 3 national finishes, including titles in 2014 and 2015 and second-place showings in 2016 and in May 2019.

Everyone from this fall will return in the spring. Even with the success, Lincoln notes the work ahead.

“I was very pleased with how everyone did so well regardless of how many years they have been on the team,” he said. “We had everyone from their first competition to 4 years members winning events for us. The national competition is much more demanding and we will have to work hard to improve our skills to be ready.”