CARBONDALE, Ill. — A debate over whether President Donald Trump should be impeached and an examination of the 19th amendment and voting rights today highlight Southern Illinois University Carbondale’s Constitution Day activities on Tuesday.

Constitution Day is Sept. 17. The day marks the anniversary of delegates to the Philadelphia Convention completing and signing the U.S. Constitution in 1787.

The events are free and open to the public. All educational institutions that receive federal funding must annually deliver programs on the U.S. Constitution.

The SIU School of Law hosts a program at 4 p.m. Tuesday that looks at the 100th anniversary of the 19th amendment that gave women the right to vote. The discussion will include a 15-minute video, “The Right to Vote” and a Q&A that will follow.

“We have much to celebrate when it comes to the advancement of women’s rights, but much remains to be done,” SIU School of Law Dean Cindy Buys, said. “Likewise, other groups are still not always able to easily exercise their fundamental right to vote. This program will remind us of the importance of voting in our society and discuss some of the remaining challenges for women and minority groups in our political system.”

At 7 p.m., the university’s debate team will host a debate in Morris Library’s John C. Guyon Auditorium on the topic “Impeach Trump.”

Rather than having students debate the issue, however, Randall Auxier, a professor in Communication Studies and Murphysboro Mayor Will Stephens will present their respective cases and arguments. There will be time for questions from the audience after the debate.

Auxier, the 2018 Green Party candidate for the region’s 12th Congressional District, will argue in support of the topic that Trump should be impeached. Stephens was elected mayor in 2013 and won a second term in 2017, and is a former Jackson County Board member. He will be opposed to arguments for impeachment.

This is the ninth year the debate team has been involved with a Constitution Day debate. After the event, which will last about 45 minutes, light refreshments will be available.

Todd Graham, director of debate, decided this year to ask faculty or community members to debate. Graham anticipates the debate will be lively and the audience will provide several questions for the debaters.

“You can’t go a week without reading one or two different articles or hearing reports about the possibility of impeachment,” said Graham, who continues to analyze debates for CNN both on-air and online. “So we are putting that debate front and center.” 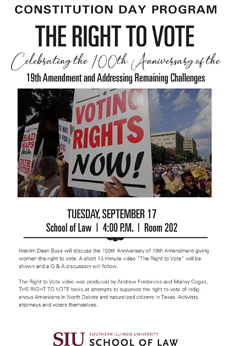