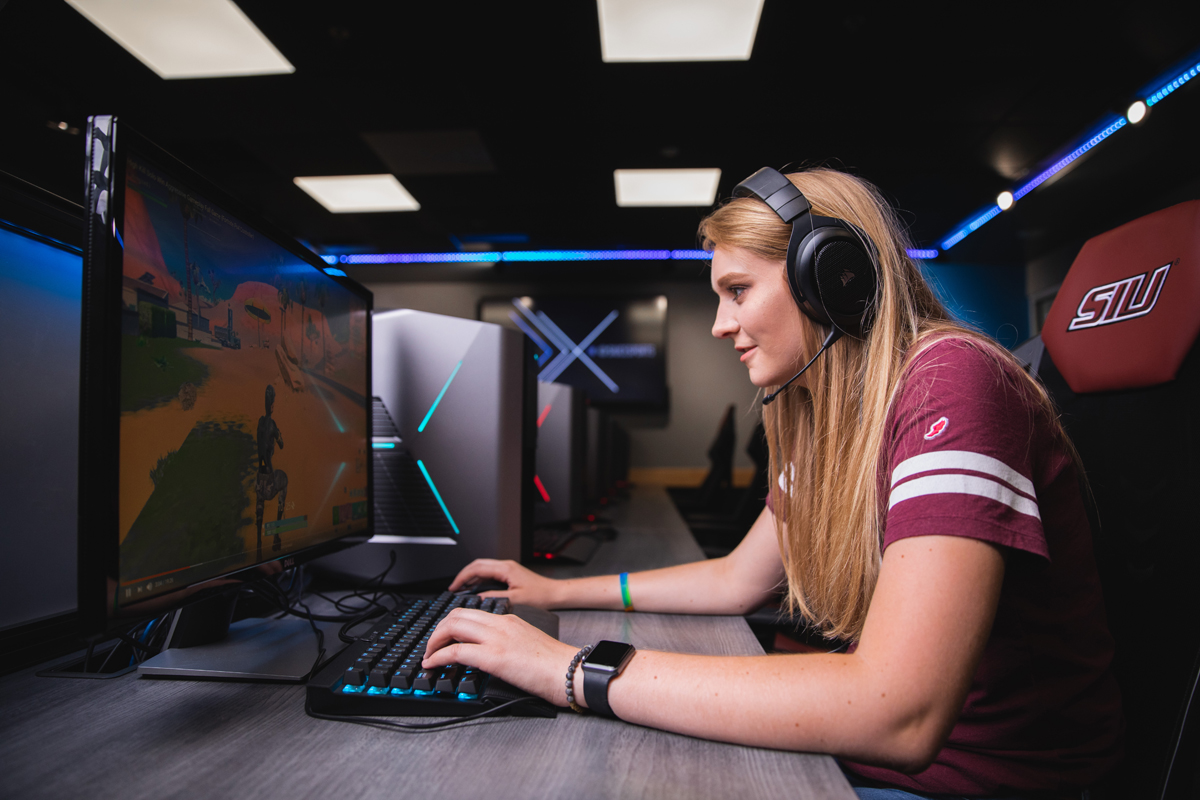 CARBONDALE, Ill. — A new era of competition and gaming is coming to Southern Illinois University Carbondale with the unveiling of the long anticipated Esports Arena.

Set on the first floor of the Student Center, the 1,200 square foot facility will launch Aug. 16 with an open house and welcome. The festivities will be from 3 to 5 p.m, with Chancellor John M. Dunn conducting the ribbon-cutting ceremony at 4:30 p.m.

As one of the fastest growing sports in the world, esports is quickly developing into a billion dollar industry with more than 300 million fans worldwide. Collegiate teams, tournaments and competitions are springing up across the nation, with SIU’s new arena offering more opportunities for the local and campus gaming community.

An initiative first started by the late Chancellor Carlo Montemagno, the Esports Arena was a topic of discussion at a Board of Trustees meeting in fall 2018. After a brief hold, construction picked up again with completion wrapping up this summer.

The arena features both a competitive gaming side, with PC’s and keyboards, and a console-style area for patrons who favor the use of a game controller. The competitive area includes 12 Alienware Aurora R7 computers, with access to over 20 games at any one time.

Following the open house on Aug. 16, open play will begin August 19; the first day students are back on campus for class. A special free play night for students is also set for 8-11 p.m. on Aug. 17, during the annual Dawgs Night Out.

Reporters, photographers and news crews are welcome to the open house and ribbon cutting ceremony on August 16. The opening is set for 3-5 p.m., with Chancellor John M. Dunn officially cutting the ribbon at 4:30 p.m. To arrange for interviews or for more information, contact Kent Epplin, associate director of the Student Center, at 618/453-2121 or kepplin@siu.edu.

Arena open to the community

While set to be a popular hangout spot for students, the new arena will also be available for the local community to enjoy. Gaming and facility hours will be similar to the Student Center Bowling and Billiards, with occasional differences for competitions and events.

“We really wanted to create something that students, staff, faculty and the community would be proud of,” Brandon Macier, Student Center marketing assistant director, said. “All of the attention to detail and the little things we are tweaking, we are doing it so people can take ownership and be proud of this space on campus.”

First time users will register at the Esports counter located within the Student Center Bowling and Billiards and will make their own username and password. Patrons can purchase gaming time at rates of $3.00 an hour for students, $3.50 for SIU staff and $4.00 for community members.

Home base for SIU’s Esports team

While open to the local and campus community, the arena will also serve as the home base for the SIU Esports team.

“The whole premise of this from the Chancellor was to create a home base for the Esports team to compete in and a place for the community to play/learn more about Esports,” Macier said.

The SIU Esports Club organizes teams that compete in various online leagues and tournaments against collegiate and non-collegiate teams. Interested students may compete competitively in League of Legends, Overwatch, Rocket League, and Super Smash Bros. In the past, the Legend of Legends team competed in Collegiate Star League, and the Rocket League team competed regularly in TESPA leagues and tournaments. The Club also welcomes causal players interested in other games.

For a limited time, individuals can sponsor official SIU Esports Arena gaming chairs. With a donation of $500 or more, sponsors will get their name displayed on an arena chair along with an identical chair shipped to them.

For more information about the Esports Sponsor a Chair campaign, go to salukifunder.siu.edu/project/16128 or contact Kent Epplin at kepplin@siu.edu or 618/453-3766.

The future goal is to tie in academics to the Esports Arena, using it as a platform for student projects, game development and other research topics. 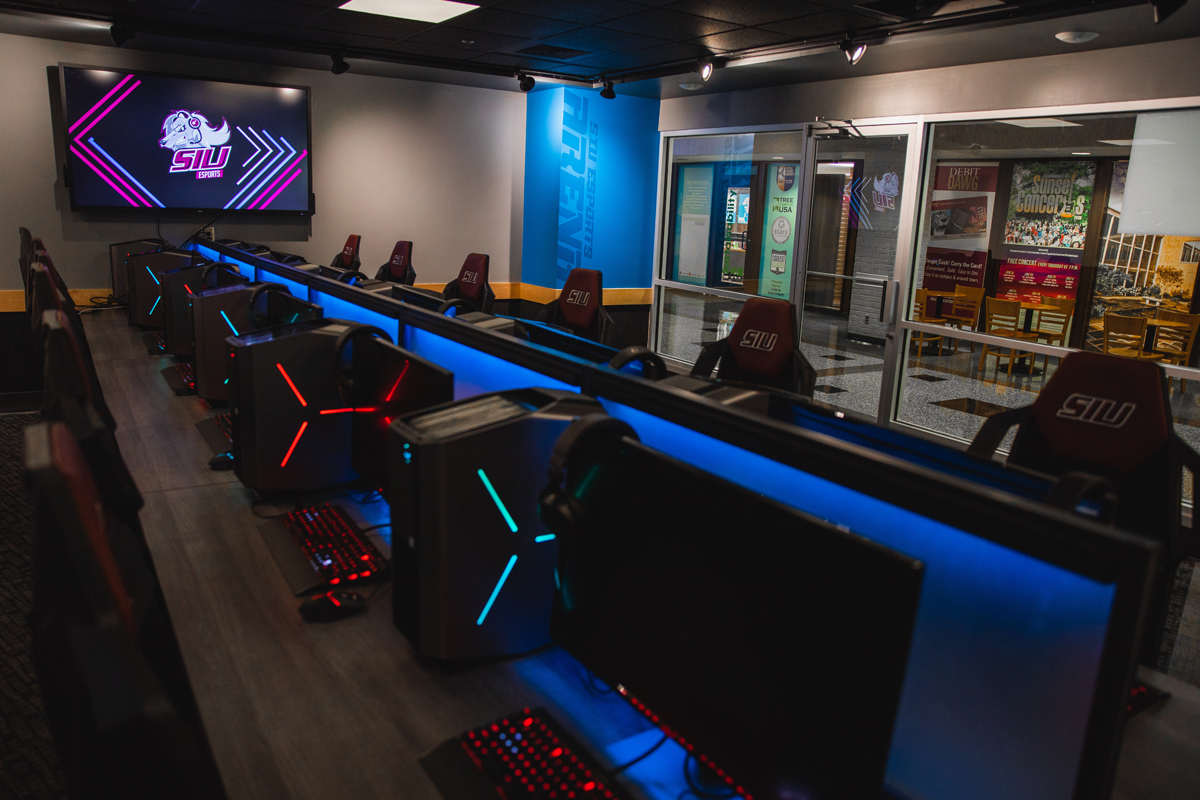