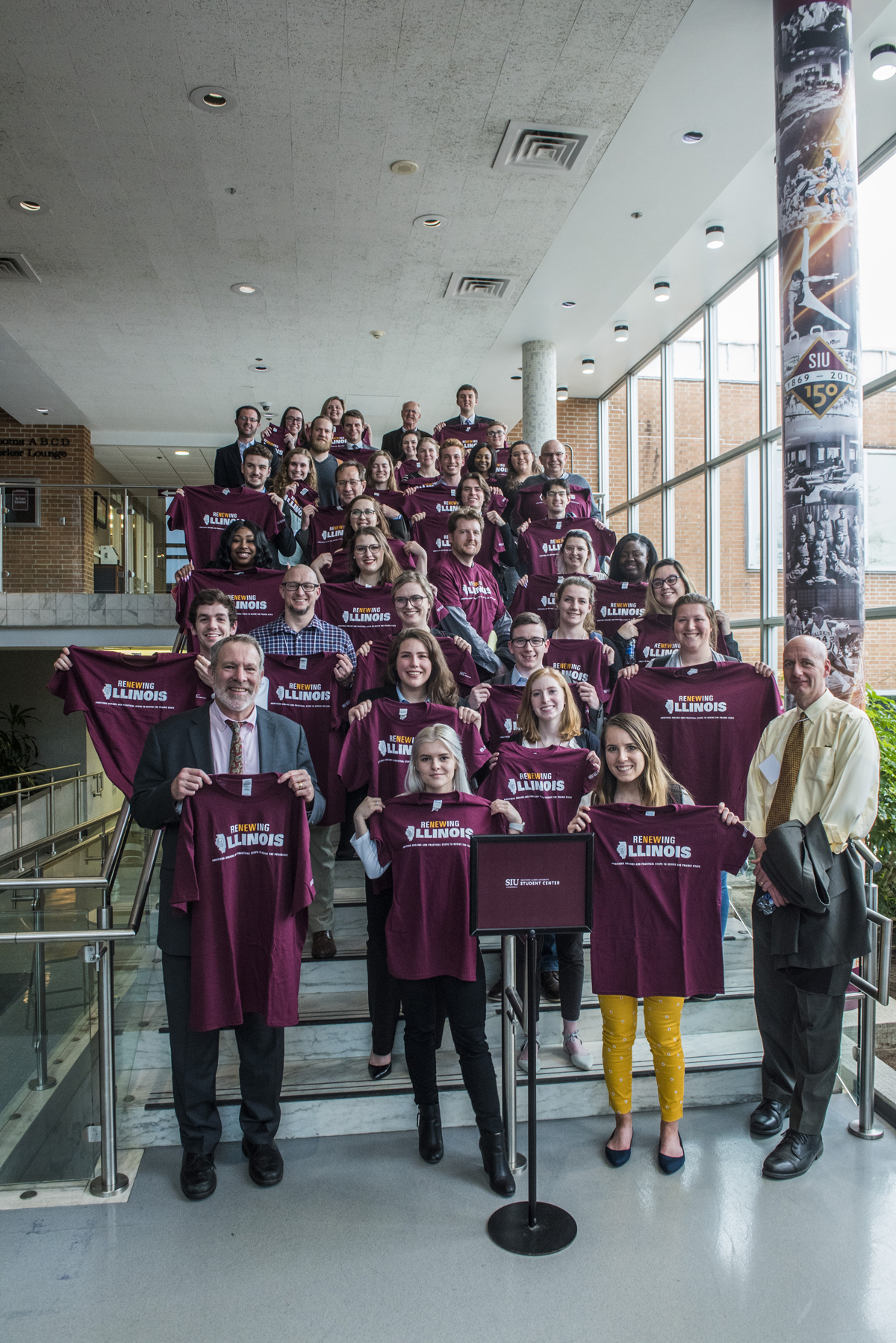 Ideas for “Renewing Illinois” – Nearly three dozen university students from across the state gathered at Southern Illinois University Carbondale in late March to come up with ideas to resolve some of the state’s problems and build a strong foundation for the future. (Photo provided)

At the conclusion of the two day summit, the students called on Illinois political leaders to enact fundamental reforms and warned that “delay is not an option.” The summit’s major findings were sent last week to Illinois Governor J.B. Pritzker, House Speaker Michael J. Madigan and Senate President John J. Cullerton.

Providing a ‘fresh and constructive perspective’

“Renewing Illinois Summit: Ambitious Dreams and Practical Steps to Revive the Prairie State” resulted in several conclusions, including that Illinois has “the potential for a remarkable future” in spite of a seemingly structural budget deficit and continuing population migration, said John T. Shaw, Institute director.

“Illinois badly needs new energy, fresh voices and unconventional thinking. I am convinced the Institute’s ‘Renewing Illinois’ summit and this report is going to be a helpful contribution to revitalizing Illinois,” Shaw said. “We were determined not to organize a conference that just enumerated the state’s problems but to find ways to generate positive ideas and a constructive way forward.”

A brief summary of the findings

The students came from throughout the state and represented geographic and political differences, varied socioeconomic upbringings and diverse racial and cultural backgrounds, Shaw said. The summit provided a “crash course” on Illinois politics and history.

Another benefit was the opportunity to meet students from other Illinois schools who share a strong interest in the state’s future, Shaw said.

“Many of these students will be important leaders in the coming years and will use the contacts they developed in Carbondale to strengthen Illinois,” he said.

Important for lawmakers and policymakers to hear a different voice

One the summit’s primary goals is giving a voice to the views of college students, many of whom will be faced with the decision to stay in Illinois or leave.

“Policymakers in Springfield are inundated with dense reports and turgid briefing materials from trade associations, lobbyists, and interest groups,” Shaw said. “But they rarely hear the views of college students who will soon decide whether to settle in Illinois and revive our state or depart for what many see as greener pastures.”

Shaw said the Institute plans to host this summit annually and have invited Gov. Pritzker and legislative leaders to attend future summits.