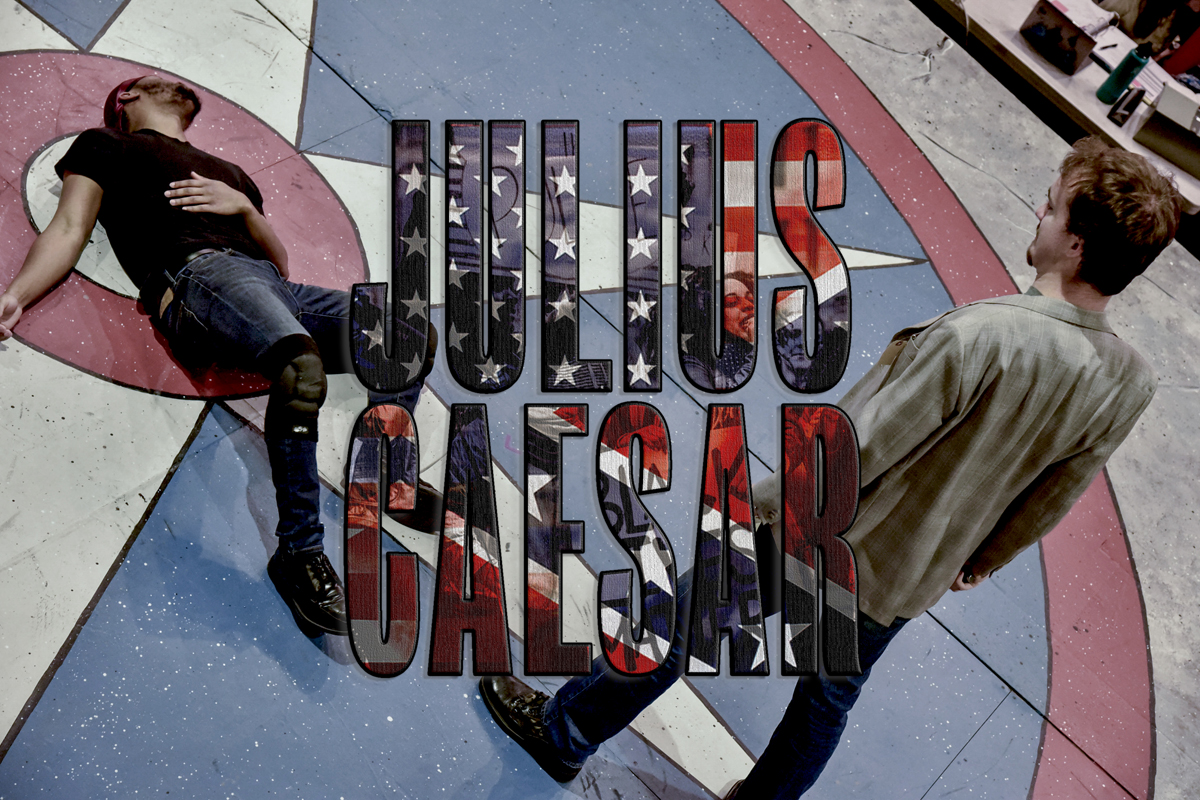 CARBONDALE, Ill. – A thought-provoking take on the timeless story of ambition, distrust, conspiracy and betrayal portrayed in Shakespeare’s famed “Julius Caesar” is coming to the stage May 2.

Southern Illinois University Carbondale’s theater department will close their season with the epic performance directed by Segun Ojewuyi. The production will run May 2-5 at the McLeod Theater. Tickets for the show are available now.

“The story is already told,” Ojewuyi said. “A highly accomplished and respected leader is assassinated by his fellow politicians. The motivating ingredients are ambition, greed and pure hatred. The killing of a man becomes the death of an ideal, the mauling of an entire civilization, the disintegration of the humanity of the world.”

For Ojewuyi, the classic story relates to the modern world today. Developed in allegorical form, the play gives a call to courage and hope.

“Our production tells the story of the audacity of hate in the heart of our nation,” Ojewuyi said. “I am retelling the story of Shakespeare’s ‘Julius Caesar’ as an allegory; the story of the disintegration of America’s hallowed ideals and the courage to reset the clock in the direction of collective prosperity and hope.”

Deirdre Rose’s costume designs and Tori Evans’s setting blend Caesar’s Rome with modern Washington, D.C. and contemporary events. Lighting designer Jeff Richardson and sound designer Andrew Beyke accentuate the chaos and turmoil that accelerates across the play and in the media-driven off-stage world in which we all live.

Dramaturge Victoria Estes sees the production as not simply a look back at history, but still relevant to today’s world.

“Ancient Rome consistently suffered with hostility amongst leaders and citizens, and conflict within its own government,” Estes said.

“Julius Caesar” illustrates how hastily conceived political power plays and government take-overs can leave both rulers and citizenry no better off than they were before, Estes explained. The production explores the parallels with modern society today and shows how plays written centuries ago can still resonate with audiences in the modern world.

Pre-show lecture on May 5

A pre-show lecture from esteemed director Avraham Oz will accompany the May 5 performance. Oz is professor emeritus of theatre at the University of Haifa and currently teaches and directs at the Beta School of Performing Arts, Tel Aviv.

A pre-show lecture is set for 1:30 p.m. on May 5, preceding the matinee performance.

Tickets are $18 for adults and $6 for students.

Purchase tickets and find more information online at events.siu.edu or by calling 877/725-8547.