As one of the most distinguished multicultural awards ceremonies in the nation, the National Association for the Advancement of Colored People Image Awards highlights talented authors and entertainers of color. The annual ceremony is set for March 30, airing live on TV One from the Dolby Theatre in Hollywood.

Joseph’s poetry relays her experience as a black woman 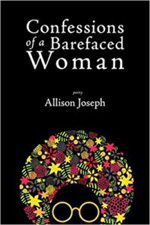 Joseph, director of creative writing in the English department, received the nomination for her most recent book, “Confessions of a Barefaced Woman.” The semi-autobiographical work of poetry looks at the current reality of being a black woman in today’s society. The book has already received multiple national awards and is now available in Target stores.

For Joseph, receiving the nomination is a big honor, especially considering the history and legacy of the NAACP.

“The organization has always fought for justice and equality, and in its magazine, The Crisis, always included literary work by African Americans,” Joseph said. “Receiving this nomination makes me a small part of a legacy that includes such luminaries as Langston Hughes, W.E. DuBois and Maya Angelou.”

Joseph plans to attend both the televised and non-televised banquet in Hollywood, which features a variety of authors, actors, musicians and politicians. This year’s nominees are especially exciting, Joseph explained, with “Black Panther” and “If Beale Street Could Talk” receiving attention. 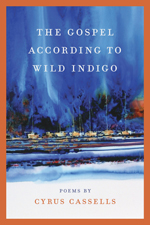 Additionally, Cyrus Cassells’ recent book published by the SIU Press, “The Gospel according to Wild Indigo,” received nomination in the same category. Jon Tribble, managing editor of Crab Orchard Review and series editor of the Crab Orchard Series in Poetry, also published the work of poetry.

Author of several other award-winning titles and nominee for a Pulitzer Prize, Cassells currently teaches at Texas State University in San Marcos. As his sixth poetry volume, this work focuses on the duality of grief and love and invites the reader to make connections between the past and the present.

“My nomination and the nomination of Cyrus Cassells' book makes people know that SIU is a place for poetry, creative activity, and beauty,” Joseph said. “Students in our MFA Program got to help Jon in his work on Cyrus's book, so it's a double win for the campus.”

Renowned ceremony will highlight the 2019 Entertainer of the Year

Before recognizing the nominees in the eight unique categories, the NAACP will announce The 2019 Entertainer of the Year. The five nominees for this award are: Beyoncé, Chadwick Boseman, Ryan Coogler, Regina King and LeBron James.

A variety of notable celebrities attends the renowned event each year, with stars such as Oprah Winfrey, Denzel Washington, John Legend, Kevin Hart, Will Smith, Halle Berry, Mandy Moore, Viola Davis and many others making appearances.

Voting for the Entertainer of the Year is open until March 4 on the NAACP Image Awards website.