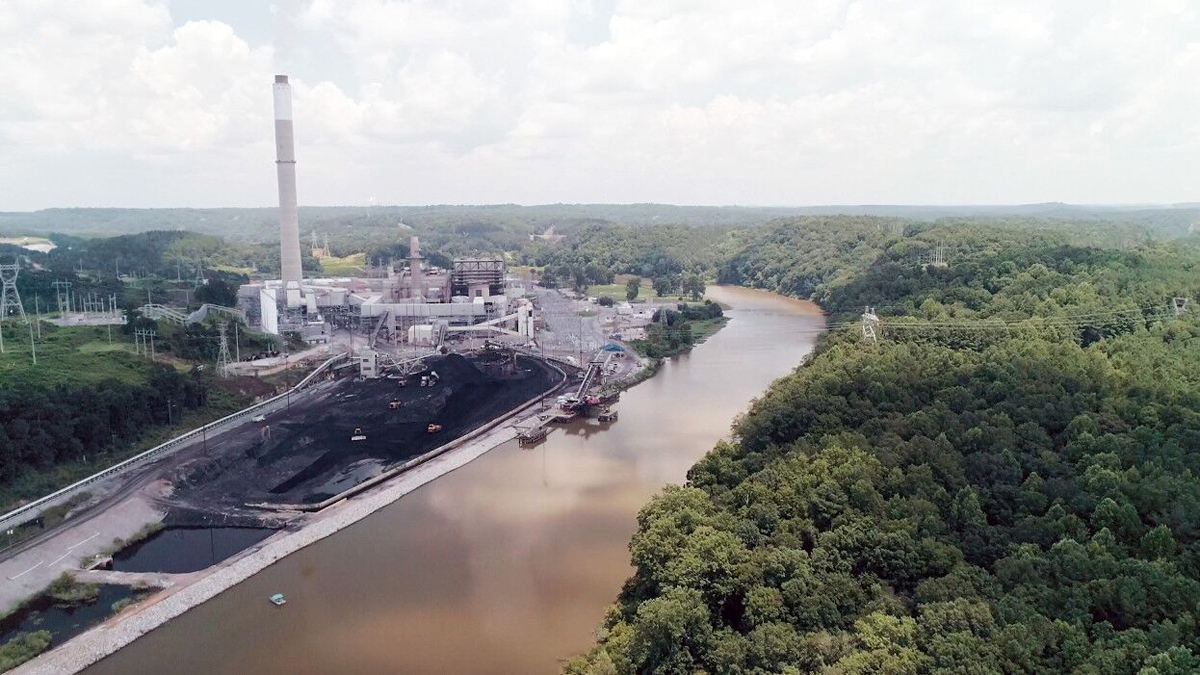 CARBONDALE, Ill. — Documentaries that commemorate a 16-year civil war in Mozambique and the hazards of coal ash and its impact on communities across Alabama are 2019 Big Muddy Film Festival John Michaels Film Award winners.

Dos Santos grew up during that country’s 16-year civil war that went from 1977 to 1992. He was the only one in his family to never shoot a gun and he makes art out of real guns to commemorate the lives lost.

The 16-minute film is part of a “Creativity and Resistance” screening package at 5 p.m. Friday at The Varsity Center for the Arts, 418 S. Illinois Ave., Carbondale.

The 16-minute film is part of an “Ecology and Resistance” screening package at 5 p.m. Saturday at Morris Library’s John C. Guyon Auditorium.

The competition honors the late John Michaels, a cinema student in the 1980s who earned his Master of Fine Arts degree at SIU Carbondale and who was involved in community organizing and activism before he died of brain cancer.

Jackie Spinner, award-winning journalist and SIU alumna is the winner of the 2019 Mike Covell Award for her film “Don’t Forget Me,” which debuted in the United States for the first time on Tuesday. Earlier in the day she spoke with students in the College of Mass Communication and Media Arts.

The Covell Award honors an SIU Carbondale alumnus whose film shows passion, engagement and original perspective. Covell, who retired in 2007, began the film festival in 1979 after his arrival on campus in 1975 after finishing graduate school at Ohio University.

Spinner spent 14 years with the Washington Post beginning with the paper’s bureau staff where she worked as a metro reporter and financial reporter. Her career included covering the wars in Afghanistan and Iraq, surviving mortar attacks, car bombs, the battle for Fallujah, and a kidnapping attempt outside of Abu Ghraib prison.

She is author of the book “Tell them I Didn’t Cry: A Young Journalist's Story of Joy, Loss, and Survival in Iraq,” and now runs the photojournalism program at Columbia College Chicago. Spinner earned a bachelor's degree with honors in journalism from SIUC in 1992.

One of the older film festivals affiliated with a university in the nation, this year’s festival features 98 films in four categories: animation, documentary, experimental and narrative.

The festival continues throughout the week and admission to all events is free. The complete festival schedule is available on the website.

A special attraction of Saturday morning cartoons will be from 10:30 a.m. to noon on Saturday at Artspace 304.

The closing reception and ‘Best of the Fest Showcase’ will be at 6 p.m. on Sunday at The Varsity Center.

The closing program features films authored by local young people who participated in a scriptwriting workshop at Carbondale Community Arts. The Big Muddy Crew has produced these youth written stories to present at the final program of the festival, as a way of cultivating excitement for a new generation of independent filmmakers.

98 films showing on campus and throughout Carbondale

Free admission for each event