McCray became involved with the institute after his selection for the 2018 Alexander Lane Internship that he served during the Illinois General Assembly’s spring 2018 legislative session.

The award honors Lawrence, who retired as institute director in November 2008. The veteran newsman, press secretary and political analyst joined the Institute in 1997 as associate director. He became director in 2004 following the death of founder and former U.S. Sen. Paul Simon, D-Illinois.

Recipients are outstanding students who are involved in institute programs, initiatives and other volunteer opportunities, and who have demonstrated positive leadership qualities. There is a preference that recipients are African-American.

Locher is president of the Institute’s Ambassador registered student organization and has worked at the institute as a student employee since January 2018. He spent summer 2017 as an intern in the Illinois lieutenant governor’s office. He will graduate from SIU Carbondale in May.

David Yepsen, the institute’s former director who retired in October 2016, originated the Director’s Award. Yepsen joined the institute in 2009 after a 34-year career as a political writer, editor and columnist for the Des Moines Register. In 2016, through the generosity of private donors Herb and Carolyn Donow, an endowment was established to continue the award and honor Yepsen.

“Joshua McCray and Joe Locher have made major contributions to the Institute during their time at SIU and are deeply deserving of these awards,” said John T. Shaw, Institute director. “They are students who embody the qualities that Mike Lawrence and David Yepsen worked so hard to encourage. Mike Lawrence and David Yepsen helped build the Institute — and Joshua and Joe are keeping their legacies alive and vibrant.”

Contributions to the Mike Lawrence Scholarship and David Yepsen Director’s Award can be made online at www.paulsimoninstitute.org, or by sending a check to the Institute at 1231 Lincoln Drive, Mail Code 4429, Southern Illinois University Carbondale, Carbondale, Illinois, 62901. 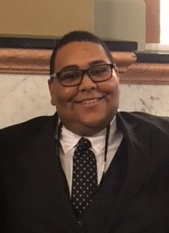 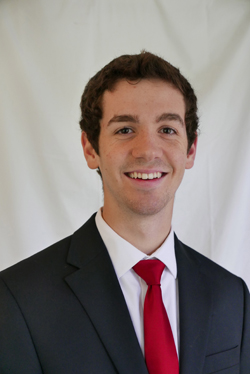 The awards honor former Institute directors Mike Lawrence and David Yepsen. Contributions can be made online at www.paulsimoninstitute.org, or by sending a check to the Institute at 1231 Lincoln Drive, Mail Code 4429, Southern Illinois University Carbondale, Carbondale, Illinois, 62901.