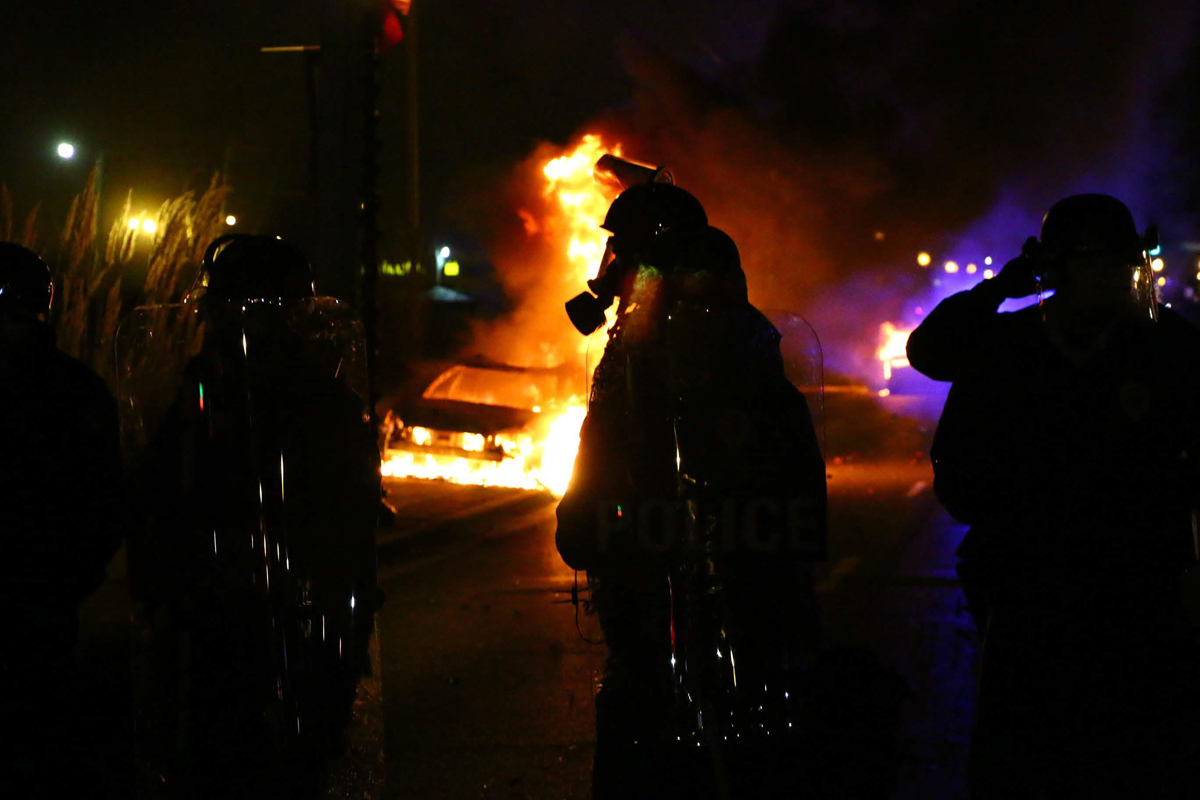 CARBONDALE, Ill. —With law enforcement job interest plummeting nationwide, conversation continues to swirl about the impact public scrutiny has on current and prospective officers. Terms such as the “Ferguson effect” have increased attention to this issue, but researchers are still working to understand what this means and how it effects officers and their work.

After conducting surveys with the St. Louis County Police Department (SLCPD) before the 2014 death of Michael Brown, and then returning for in-depth interviews after the unrest period, Southern Illinois University Carbondale researcher Tammy Kochel is comparing the changes in officer behavior while also evaluating how that might adjust depending on personal and racial experiences.

Following the death of Brown, the SLCPD were the officers initially called in to investigate. They remained in charge of the investigation until the governor ordered the Missouri State Highway Patrol to take over.

Sometime later Kochel, already having a foundation with the SLCPD from previous research, stepped in to conduct in-depth interviews and surveys to understand the overall impact on the officers.

“The police chief opened wide his doors to me and completely endorsed officers speaking to me honestly and transparently,” Kochel said. “I had tremendous conversations which developed into large amounts of qualitative data.”

During the interviews, the officers spoke of their individual experiences, as well as the impact still felt in their policing and personal life. They included information such as the increased pressure on their families and emotional health, their subsequent attitudes toward their work and adjustments within the department.

The officers also reported making a variety of behavioral changes during the unrest period, such as not wearing their uniform when off duty or not parking their car in front of their house. Almost universally, the officers felt more concerned, apprehensive and discontented. However, Kochel discovered that not all of the officers felt these emotions to the same degree.

One of the popular suggestions protestors gave in response to the growing unrest was to hire more minority police officers. Yet, both black and white officers reported that minority officers were the most mistreated by protestors during the civil unrest.

Despite their treatment, Kochel found that for black officers, their experiences with the components of the Ferguson effect were not as severe and their measures of self-legitimacy were higher. Additionally, black officers felt more prepared, had more confidence in their leadership abilities, felt more successful at delivering procedural justice during the civil unrest and reported having less of a mental and emotional impact from the experience

“In spite of the fact that minority police officers had the worst experiences, they had better outcomes when compared to white police officers,” Kochel said.

Kochel looked at several issues to help understand why this is true, including the concept of the “Ferguson effect.” This term commonly refers to officer’s responses after the unrest surrounding Michael Brown’s death in 2014, and represents the apprehension they feel being under public scrutiny, their discontentment with the field, their decreased job satisfaction and their own personal esteem in relation to their work. It also refers to officers being less proactive in making contact with the public and more apprehensive about using force.

When looking at this, Kochel found that black police officers had lower “Ferguson effect” than the white officers did. While both demographics did see some dips in job satisfaction, the impact was not as extreme with the black officers. Similarly, self-legitimacy, which is the officer’s personal feelings related to how the public sees his/her authority as a police officer, did not decline for the black officers as much as it did for the white officers.

Even when accounting for variables such as rank, gender, competence under stress, leadership skills, mental and emotional stability and procedurally fair behavior, being a black officer still predicted a lower “Ferguson effect.”

After uncovering these findings, Kochel started looking at what might cause these reactions. At first, the difference seemed to point to various levels of empathy based on race. However, after further examination, there seemed to be more to the story.

“Certainly I had police officers both white and black who grew up in the Ferguson area,” Kochel said. “They all understand how policing was when they were younger growing up there and both black and white officers talked about having bad experiences with the police.”

While both demographics portrayed a deep sense of empathy, black officers seemed to have a deeper connection with the issues because of their own personal experiences. After discussing her findings with other researchers, the variance seemed to suggest a difference in personal experience.

“It may be that you can have an appreciation from a distance of someone’s struggle, but you don’t have a stake in it unless you too have experienced it,” Kochel said.

With further training and openness, Kochel hopes to lessen the difference between the officers. Last year, the state of Missouri mandated officers to participate in two hours of implicit bias trainings, which Kochel assisted in evaluating within St. Louis County. While those trainings are no longer mandatory, the training academy asked Kochel to recommend courses for continual development with the officers.

“The department sees the value in the implicit bias trainings and wants to continue with them this year,” Kochel said.

Kochel evaluates officer’s responses before and after the training, with the hope of building a system that effectively prepares the officers for their work.

As Kochel continues to study the impact the Ferguson unrest had on police officers in St. Louis and nationwide, she has even found connections with other law enforcement agencies internationally.

In December, she traveled to the Hebrew University of Jerusalem in Israel and spoke with government officials and other providers about racial tensions and policing. While mainly focused on the Ferguson region, her work serves as a representation of common strains between police agencies and minority groups worldwide.