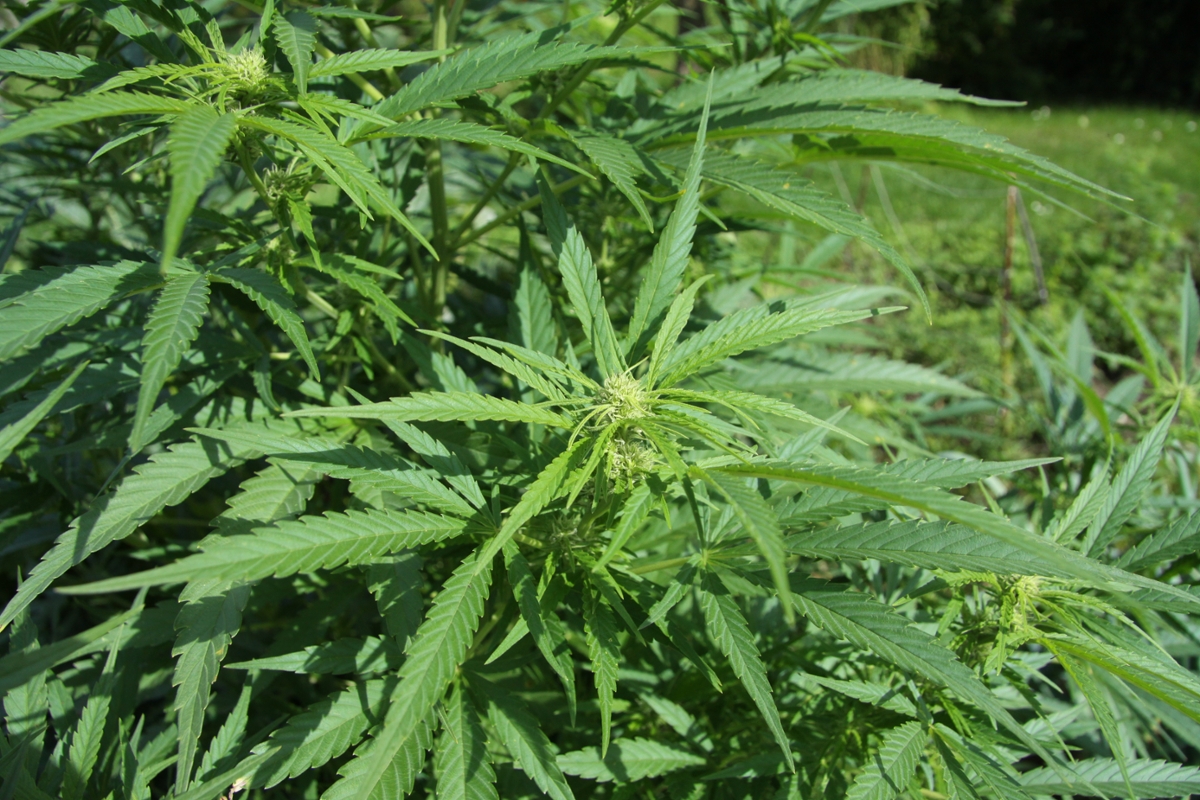 CARBONDALE, Ill. – Industrial hemp and medical marijuana are on the rise. The industries need more trained cultivators and technicians, and farmers want to know more about how they could benefit from these markets.

As laws and society’s views on cannabis continue evolving, officials at Southern Illinois University Carbondale are responding with a new, interdisciplinary initiative to train students and help farmers and growers make better-informed, science-backed choices in their operations. The effort involves areas one might expect, such as agriculture and plant biology, but also chemistry, engineering, business, ecology and other disciplines.

SIU’s cannabis science initiative is aimed at creating a program to support agriculture and industry with solid research and top-notch training. The effort is a response to area farmers and students interested in the opportunities presented by the growing markets for cannabis-related products.

Researchers in the College of Science and College of Agricultural Sciences began work securing permits and collecting information a few years ago, with the first actual shovel-and-dirt steps expected this spring in the form of a five-acre hemp research field. Plans call for organizing the program around the dual areas of industrial hemp science and medicinal cannabis science. Along with the hemp field, officials hope to have a program in place by next year that would lead to a certificate in medicinal cannabis production.

“We want to create a program to support this emerging industry,” said Karen Midden, interim dean of the College of Agricultural Sciences. “We’re getting this request and input from stakeholders, who are reaching out to us, telling us they need the science. But we’re also getting it from students – current and potential students – that they would like to have programs to prepare them for work in these areas.”

Land for the hemp research field currently is being cleared, and the medicinal cannabis program is working its way through the approval process, Midden said. The university already offers all but one of the classes included in the certificate program, potentially simplifying the effort.

Eventually, officials believe many areas of research at SIU could become involved with the effort, including most agriculture programs, engineering, chemistry, business, marketing, microbiology, medicine and sports medicine, among others.

“Both of these crops – hemp and medicinal cannabis – show benefits in numerous areas, all the way from health and quality of life to having another natural fiber that can be used in so many ways,” she said. “We want a program to support this emerging industry. They need the science we can provide, and we are positioning ourselves to help.”

Hemp has long history, many uses

Industrial hemp has a long history with humans, serving as one the earliest cultivated fiber plants and allowing the production of everything from paper, to clothing to sails for sailing ships. It currently is grown around the world, in Canada and in handful of U.S. states.

A cousin of marijuana, to qualify by law as industrial hemp the plant may only have a miniscule level – less than 0.3 percent – of THC, the psychoactive ingredient in medical and recreational marijuana. Hemp can be grown outdoors with minimal security measures, and crops are tested to ensure the level of THC conforms to the law.

While prized for its fibers, modern techniques and science have led to even more efficient and complete utilization of the hemp plant, including using its leaves, seeds, cell fluids and branch tips to make everything from hemp oil to animal feed and human foods to building materials.

Many questions on new crop’s potential

Goals of SIU’s industrial hemp effort include studying the feasibility of creating such an industry in Illinois. Because it was only recently made legal to grow the crop in Illinois, not a lot is known about how it might fit in with Illinois’ existing crops and crop rotations, largely dominated by corn and soybeans, said Karla Gage, assistant professor of weed science and agricultural systems.

As she does with other crops, Gage would like to study weed control issues in an industrial hemp crop. Gage also plans to look at hemp’s required growing conditions and adaptability to Southern Illinois, as well as its harvest methods and impact on the environment, among other questions.

Of particular interest to Gage is how it might impact the prevalence of herbicide-resistant weeds in a long-term crop rotation system. Hemp is known, for instance, to compete very well against weeds, growing quickly and shading out other plants with seeds in the nearby ground.

“So I’m interested in how that looks in rotation with typical crops; what does that do to the weed seedbank, for instance? Could you suppress populations of herbicide-resistant weeds by adding hemp to the crop rotation or by just growing hemp for a few years? Will growing hemp continuously have negative impacts on the environment and the crop? If hemp does not effectively suppress weeds, will there be a buildup of the weed seedbank?”

Program will involve many disciplines

Some of those questions could be answered at the hemp field, which officials hope to plant this spring. Gage said the five acres likely will be divided into individual test plots, with a portion reserved for interdisciplinary collaborations, as well.

Jim Garvey, interim vice chancellor for research, said examination of the soil at the hemp field site recently revealed it is strongly representative of soils throughout Southern Illinois.

“So research conducted there will allow us to best inform Southern Illinois growers about how to cultivate industrial hemp crops,” Garvey said. “We will also be able to learn about how to minimize soil erosion and ensure sustainable harvests.”

Aldwin Anterola, associate professor of plant biology, said SIU has been involved with planning this initiative for several years and now finds itself ahead of the curve.

“We’ve been engaged and we are trailblazers in this, ahead of the other universities in the state,” he said.

A needed sign-off from the Drug Enforcement Administration came through earlier this year, clearing the way for SIU researchers to grow hemp. Anterola sees a lot of potential for research into hemp fiber, as both the market and the science aimed at understanding it is a bit soft, currently.

“So there’s room for growth there, and SIU could contribute a lot to that research,” he said.

Ultimately, Anterola would like to collaborate with Illinois’ licensed medicinal marijuana growers to study different strains, their bioactive components and their biological effects. He’s also tracking federal legislation that will make it possible to grow marijuana for research purposes at other universities, including SIU. Currently, all federally legal research marijuana is grown only at the University of Mississippi-Oxford, he said.

“We really need science behind this,” he said. “Medical marijuana is in its infancy, and with our expertise at SIU, we could help a lot in terms of quality control and standardization.”

He’d also like to see SIU become the site for major stakeholder conferences on the industry, with roundtable discussions, marketing planning and scientific paper presentations.