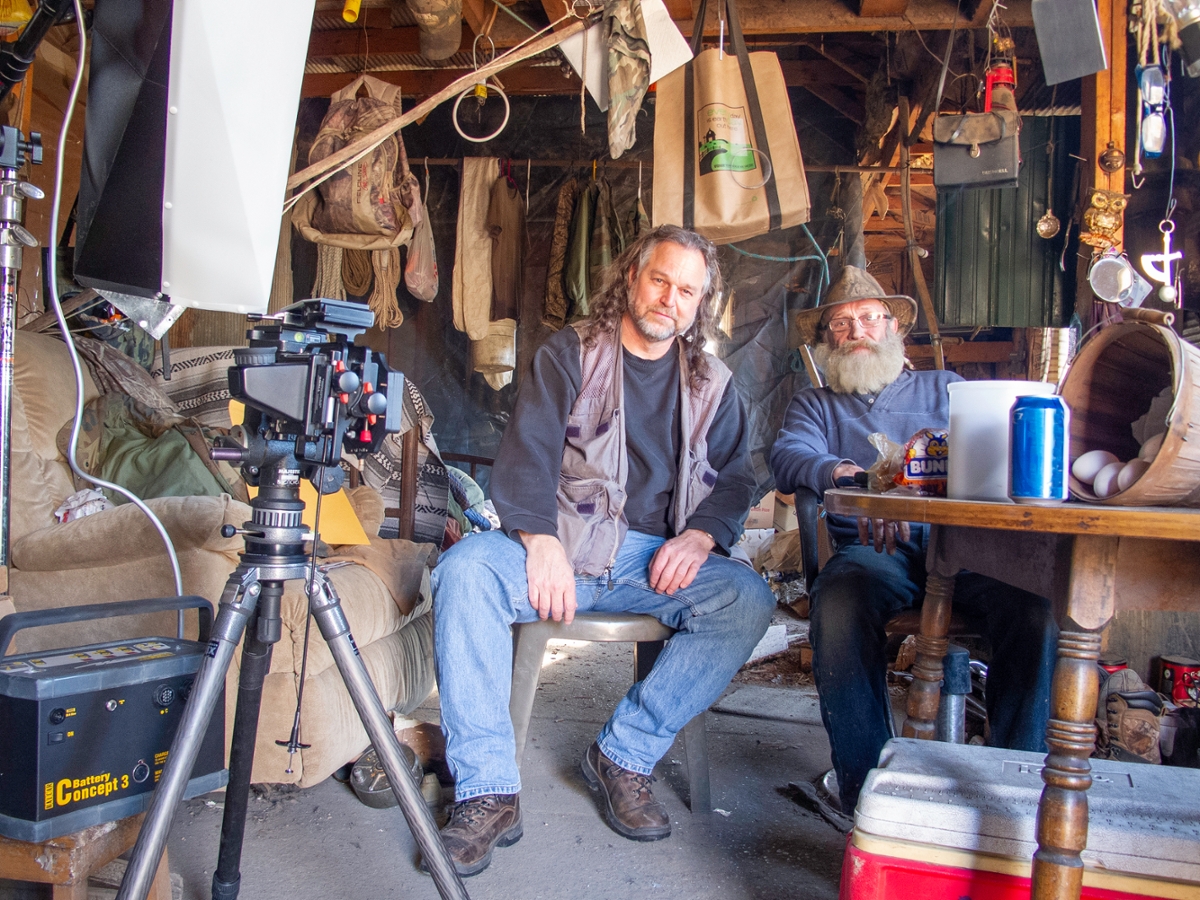 Places Been. People Met. Photographs Made – Daniel Overturf, a professor in cinema and photography, left, with Randy “Grunt” Masterson, in Masterson’s home near Thebes, Illinois, on Christmas Day, 2012. A photo featuring Masterson is among those in an exhibition featuring Overturf’s work that starts Oct. 21 at the Cedarhurst Center for the Arts in Mount Vernon. (Photo provided)

CARBONDALE, Ill. — Photographers operate on curiosity. For Daniel Overturf, a professor in the cinema and photography degree program at Southern Illinois University Carbondale, the curiosity is endless.

Overturf’s work is featured starting this week at the Cedarhurst Center for the Arts in Mount Vernon. The exhibition — “Places Been. People Met. Photographs Made: Daniel Overturf” — runs Oct. 21 through Dec. 30. A gallery talk is set for 6 p.m. on Oct. 20 in Mitchell Museum main gallery.

Selected works date back to 2004

The 113-piece photography exhibition of “observations and portraits recognizes the mundane to the unpredictable, with plenty in between, but always from life,” according to Overturf. Known for his small-town documentary classes and his own work and exhibitions, along with the 2008 book “A River Through Illinois,” the exhibition includes work from a variety of locations.

Some of the work that Overturf selected is culled from unprinted negatives tin stored notebooks in his darkroom and are strong enough to show, but unrelated to any specific project.

“I went back and collected work from different locations and people that I have experienced within the last few years. The set of images had merit but did not fit into one of the bigger projects’ tidy categories,” Overturf said. “Looking at the photographs in this exhibit I suppose I felt I had something more to say than just those specific projects.”

The result was a collection with a broader theme than any of his other projects.

“Like most photographers or artists, my motivation comes from curiosity and that’s the guiding principle in this show. “

Rusty Freeman, director of visual arts at Cedarhurst Center for the Arts, said he invited Overturf to show because of his incredible photography project involving people in the region’s small towns.

“It is an extraordinary example of ‘representation,’ a social documentary photography project so necessary in today’s world,” Freeman said.

He sees Overturf’s work as philanthropic – photographing with respect “the people and their ways of living and working that could very well be ignored in today’s fast-paced, digital high-tech world.”

Working on project brings back memories

There are images that do have related themes but have never been shown together. There are works from annual trips to Scotland, along with photos and portraits of people from other regions, including Barbados and Bangkock, Thailand; Alexander County, Illinois; the American Bottoms, a river collection; California; Albuquerque, New Mexico; the aftermath of the May 2011 tornado that hit Joplin, Missouri; and Chicago, Illinois.

There are 360-degree pieces of work and platinum palladium prints in the collection. Overturf notes there are only two large prints with an idea of showing more moments, people and information.

Reminders of why he was going to be a photographer

Overturf is regularly looking for things to photograph in his spare moments, whether early morning in Thailand or on a recent family vacation to South Carolina. For Overturf, it is a way of life.

“It’s not about those things, those places,” he said. “If you have that reason to get up out of bed and to make pictures … you are going to do that wherever you happen to be,” he said.

He is quick to point out the exhibition is introspective view of his work, not a retrospective.

Finds exhibitions trigger visitor’s memories from their own lives

Overturf has participated in several exhibitions throughout his career. He is fascinated by the ways a photograph sparks conversation about triggered memories from a viewer’s own experience.

“It’s amazing that the more fact-based your work is, the more people want to talk about another set of facts from their own lives, which is interesting,” he said. “The conversation does end up back talking about the photograph.”

The eight students in Overturf’s biennial Small Town Documentary Class are spending the fall semester chronicling separate communities, this year including Golconda, Fayetteville, Crab Orchard and Cypress. This is the 11th edition of the class since it started in 1996.

The exhibit will begin Nov. 27 in the north wing of the Communications Building, between the School of Journalism and cinema and photography departments.

Some of Overturf’s work that will be part of an exhibit at Cedarhurst Center for the Arts include a portrait of Rebecca Taylor in her yard in Alexander County; cousins on a turkey hunt; and a green wall in Thailand. (Photos provided) 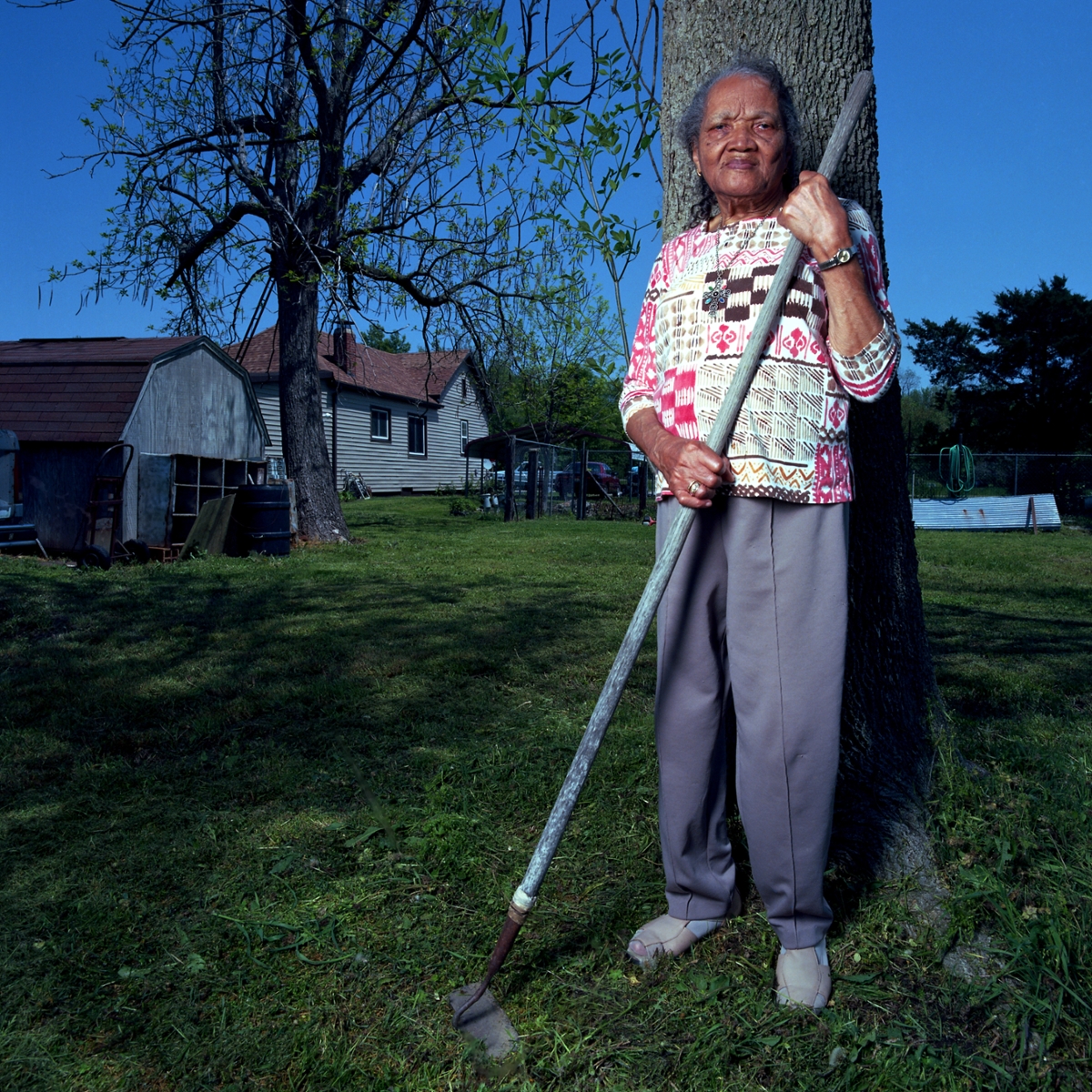 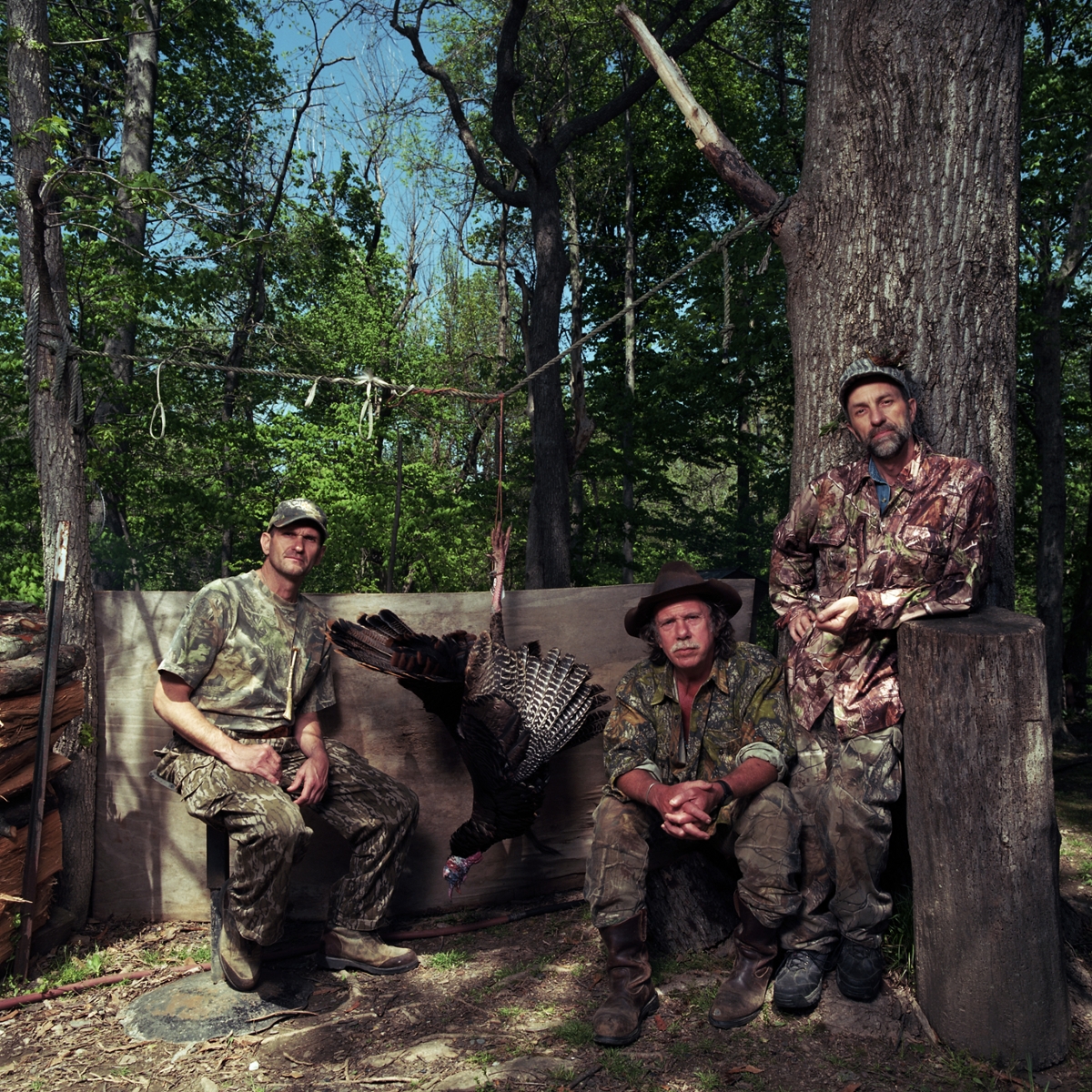 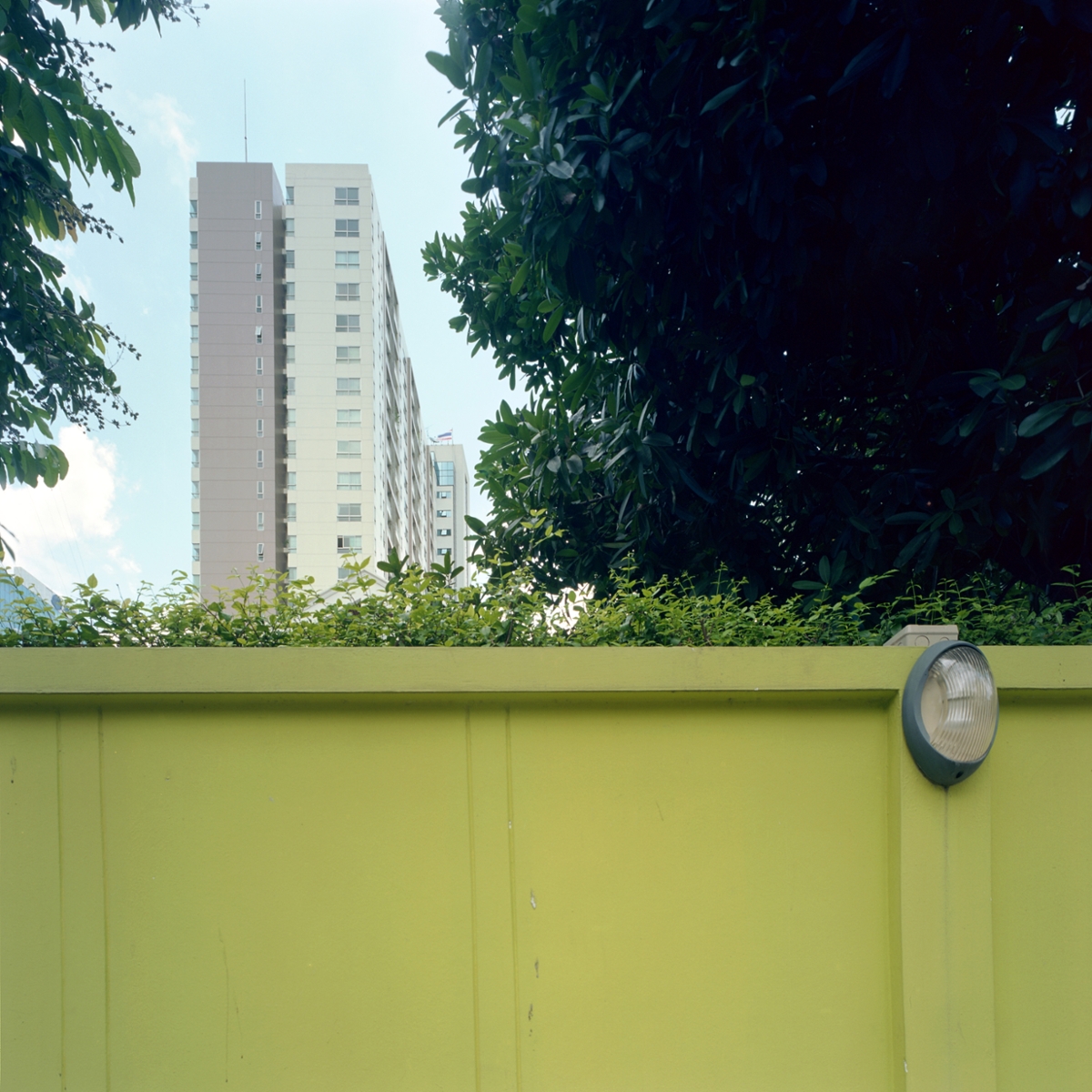 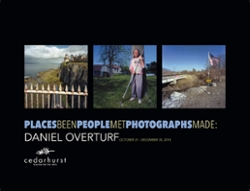 Cedarhurst Center for the Arts

Cedarhurst Center for the Arts is open from 10 a.m. to 5 p.m., Tuesday through Saturday and 1-5 p.m. on Sunday; closed on Mondays and national holidays.