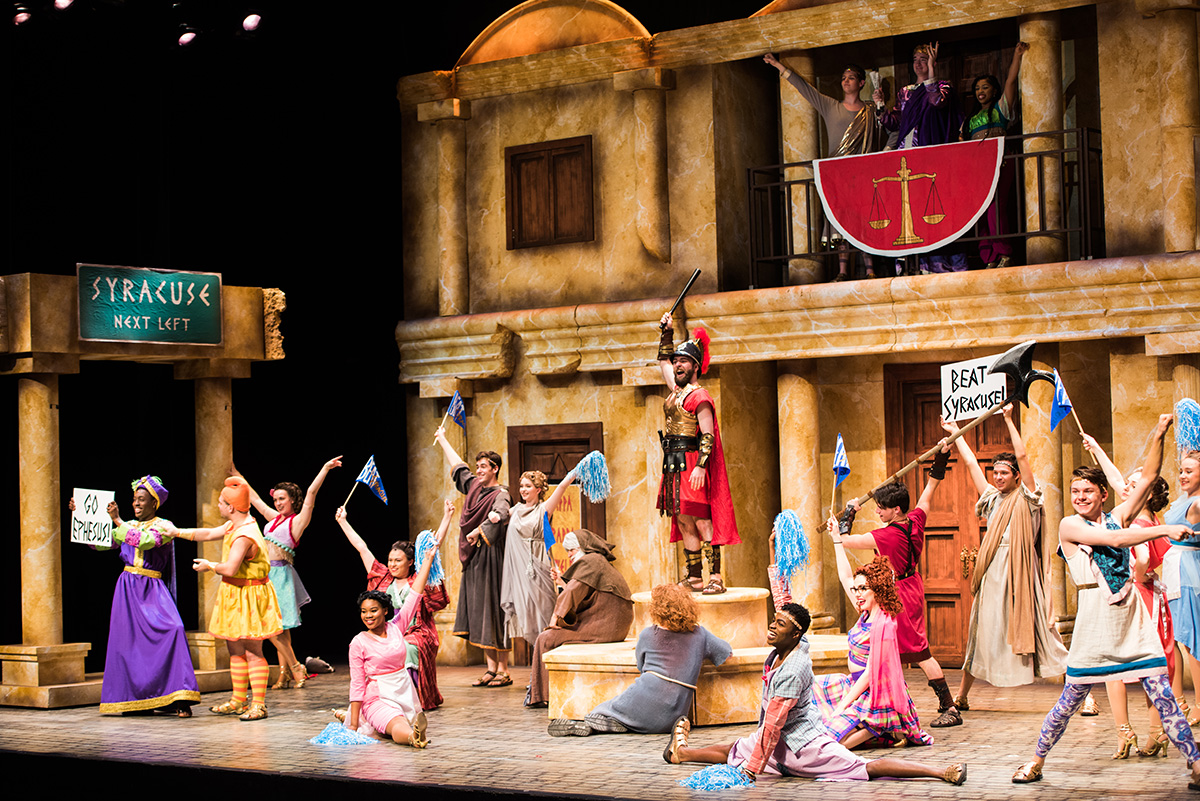 CARBONDALE, Ill. — What’s the better choice; die of boredom in a safe and predictable life, or go out in blaze of glory? That’s just one of the questions addressed in the new season of performances by the Southern Illinois University Carbondale theater department.

With a full schedule of exciting plays on tap for the season, get ready for adventure, fun, romance and important life lessons.

Tickets are available now at events.siu.edu. A preshow lecture at 1:30 p.m. will proceed each Sunday matinee performance of the four subscription shows.

Set in a Dystopian post-apocalyptic world inspired by the “The Walking Dead,” “Wasteland” and “Mad Max,” “Pippin” addresses deep issues such as finding your purpose, achieving your dreams and making tough choices.

Directed by J. Thomas Kidd, theater department chair, and choreographed by Darryl Clark, the performance features the battle between responsibility and adventure. In the play, Pippin — a recent university graduate and son to Holy Roman Emperor Charlemagne — is encouraged by a group of seductive actors to try war, sex, politics, revolution, the simple country life, and eventually they lure him to try a death defying and extraordinary final act of fulfillment.

“Pippin” has a book by Roger O. Hirson, with music and lyrics by Stephen Schwartz, who also wrote the Broadway classics “Godspell” and “Wicked.”

Written by Simon Stephens, completely produced by undergraduate theater majors, and directed by senior Kyle Aschbrenner, “Punk Rock” addresses the struggles of coming of age and the pressure to get everything right.

The play will feature a group of outspoken 17 year-olds who navigate their way through the pressures of their last year of high school, hoping to avoid catastrophe and make it to their futures. The performance will also address important issues such as bullying, violence and teen angst.

“In the Shadow of His Language”

In this performance, a first generation college student is asked by her mentor to give up everything in order to succeed in the world of academia. Will what she gains be worth what she loses?

Written by SIU Theater’s resident playwright, Jacob Juntunen, and directed by J. Thomas Kidd, this play focuses on the battle between family versus career, and the hard decision of sacrificing for what you love most.

The play has already received readings and awards by The Alliance Theater, Playwrights Horizons and Chicago Dramatists. This will be the world premiere production of the play.

“Sunday in the Park with George”

Art is what you do for love. Inspired by the painting at the Art Institute of Chicago, “A Sunday Afternoon on the Island of La Grande Jatte” by George Seurat, Stephen Sondheim’s most autobiographical musical explores the challenges of creating art by comparing two artists, 100 years apart and both named George, as they struggle to balance a life in art.

Performed primarily by students working towards a career in the arts, and directed by Timothy Fink, head of the BFA program in musical theater, this play challenges you to let passion and devotion drive your work. The book of the play is by James Lapine, with music and lyrics by Stephen Sondheim.

For the fifth year, SIU student playwrights have an opportunity to feature their work in a festival that celebrates creativity and innovation. Multiple new performances will be showcased as productions and readings.

As one of Shakespeare’s greatest and most thrilling tragedies, this play explores humankind’s epic struggle with the conflicting demands of politics, patriotism, corruption, honor, friendship and betrayal.

Directed by Segun Ojewuyi, head of directing at SIU, this classic story is one of several plays written by Shakespeare that pulls on true events from Roman history.

Tickets are available as a season package, or individual for each show.

“Punk Rock” is set for Nov. 9-11, and will be held at Christian H. Moe Laboratory Theater.

“In the Shadow of His Language” is set for Nov. 29-Dec. 2, and will be held at McLeod Theater.

“Sunday in the Park with George” is set for Feb. 21-24, and will be held at McLeod Theater.

Big Muddy New Plays Festival is set for Apr. 4-7, and will be held at Christian H. Moe Theater.

“Julius Caesar” is set for May 2-5, and will be held at McLeod Theater.

Purchase tickets and find more information online at events.siu.edu or by calling 877/725-8547.