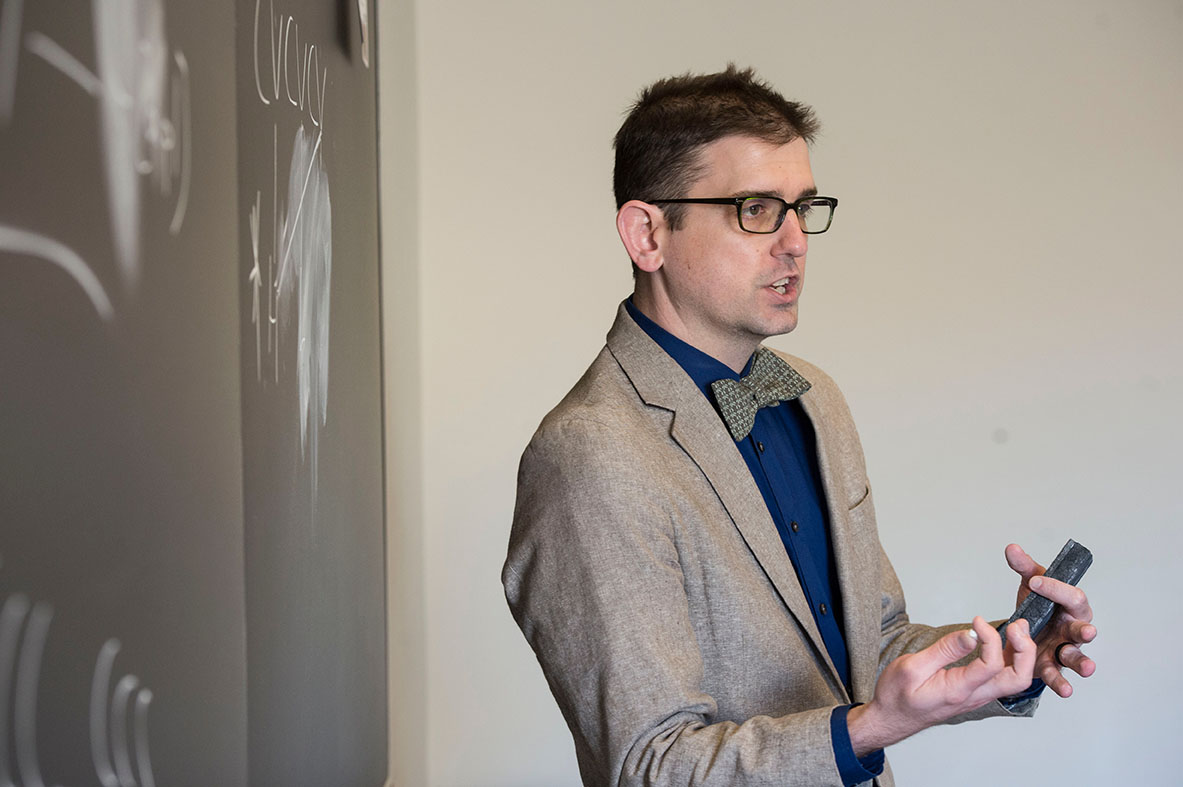 Understanding Tolkien’s invented language: professor to give pre-show lectures before “The Hobbit” performances

CARBONDALE, Ill. — Orcs, trolls and middle-earth mythology are coming to the Varsity Center this month, and J.R.R. Tolkien’s secret language is about to be uncovered.

In connection with the Stage Company’s presentation of “The Hobbit,” Jeffrey Punske, assistant professor of linguistics at Southern Illinois University Carbondale, will be giving two pre-show lectures on J.R.R. Tolkien’s invented language, which is seen in the popular works such as “The Lord of the Rings” and “The Hobbit.”

Punske will be exploring the linguistic elements of Tolkien’s work and the principles of creating a new language.

“Tolkien himself was a somewhat of a linguist; he was an Oxford professor who specialized in the history of Indo-European languages,” Punske said.

“A lot of people have said that it was really his interest in language development that caused him to write these things. He just needed a vehicle to present his languages, so he wrote ‘The Lord of the Rings.’”

Punske will be looking into Tolkien’s relationship between his languages, and will structure the lectures in a discussion format.

While Tolkien was not the first to create his own language, he was the pioneer for combining invented language with fictional works.

“He was the first to invent a language as sort of an exercise in fun, and put it into a fun context,” Punske said. “Now it is really common.”

Other popular films and media projects have adapted this idea of invented languages, and the renewed interest has allowed individuals to learn these languages through online programs and applications.

Punske continues to study language topics, and has recently received attention for his research on universal languages and how it might extend to extraterrestrial languages.

In 2017, he co-organized a panel for the Linguistic Society of America to discuss the topic of invented languages, and is currently co-editing a volume for the Oxford University Press, while also working on another volume related to linguistics and alien contact.

Get your tickets now

The pre-show lectures will proceed the showings of “The Hobbit” on July 15 and 22, and will begin at 1 p.m. in the Balcony Theatre at The Varsity Center.

Performances of “The Hobbit” will occur at:

Tickets are available for all of the show times of “The Hobbit.” No additional ticket is needed to attend the pre-show lectures.

Tickets are available by phone, online or in person:

Public lecture before “The Hobbit” performance at the Varsity Center

The pre-show lectures will proceed the July 15 and 22 showings of The Hobbit, and will begin at 1 p.m. in the Balcony Theatre at The Varsity Center.