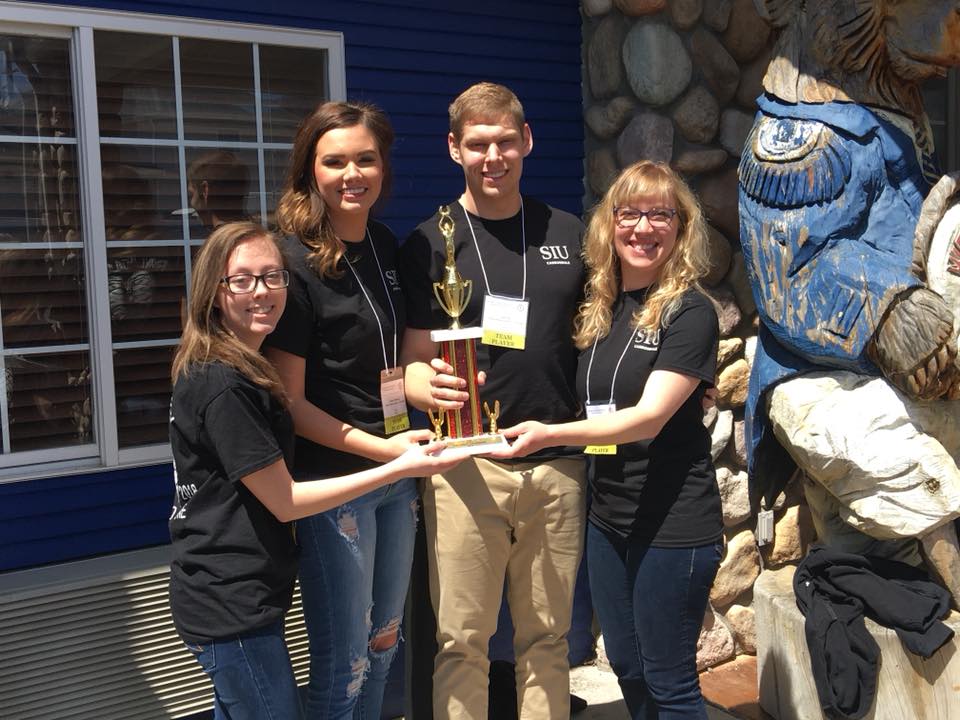 The team competed against nine other teams from around Illinois during the Illinois State Society of Radiologic Technologists (ISSRT) conference, April 18-20, in East Peoria. The College of Du Page won the event with Blessing Hospital of Quincy finishing third.

Team practices start at the beginning of the semester

The team begins practice every Tuesday and Thursday starting in January. Team members, all radiologic science majors with their hometown, year in school and specialization, are:

Sandi Watts, an assistant professor in the School of Allied Health, started the Scholastic Bowl team when she came to SIU. There are several benefits for students, Watts said, including that it helps them prepare for national exams they will take in May.

Other benefits include attending the ISSRT seminars, networking for potential jobs and meeting other radiography students, Watts said.

Now in its third year, the SIU team finished second earlier this month at the Illinois State Society of Radiologic Technologist (ISSRT) conference.