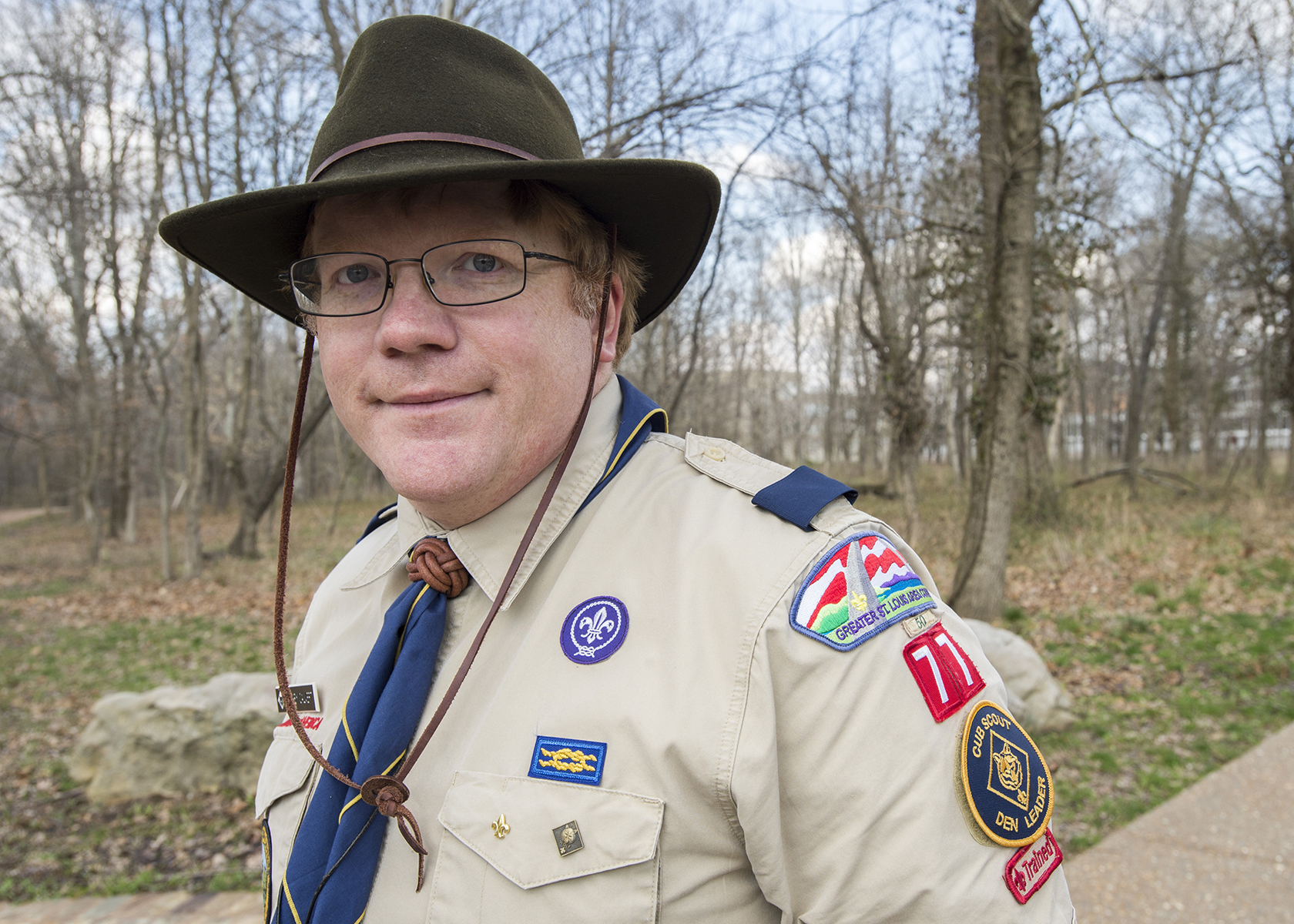 CARBONDALE, Ill. – A Cub Scout leader who also happens to be a mathematician at Southern Illinois University Carbondale is making it possible for kids all over the world to see themselves as part of the story of math.

In fact you likely soon see his work – in the form of a new award patch – stitched onto Cub Scout uniforms.

The Boy Scouts of America recently approved a new Cub Scout award based on the mathematics of symmetry. The award was created by Wesley Calvert, associate professor in the Department of Mathematics.

In May 2012 the BSA launched its Nova program, which emphasizes the STEM fields of science, technology, engineering and math. Calvert’s award, called Fearful Symmetry, is the first new Nova award in math under the program.

A few years ago, SIU began playing host to an annual STEM University event, which gave scouts the chance to earn Nova and other merit awards. During the 2016 event, Calvert met Lisa Balbes, who serves on a national committee charged with reviewing proposals for such awards.

“We talked about the need for additional math awards within the program, and after continued conversations with her and another member of this committee, that summer I started to develop the Fearful Symmetry.”

Symmetry a central concept in mathematics

The award for Cub Scouts, which includes boys and girls in grades two through five, helps them explore concepts of symmetry.

The idea is central in mathematics and can be seen in everything from how humans visualize the shape of molecules, to wireless communications and even the reason the quadratic formulas most students learn in high school won’t generalize in certain ways.

“And why that ‘plus or minus’ sign was there in the first place,” Calvert said. “But the main ideas are things that any kid could play with and have a really good time.”

The activities require scouts to watch, read and discuss ideas related to symmetry in everyday life, as well as its history and uses. It also guides them through various hands-on activities such as folding and rolling paper to make a lantern, drawing traditional Indian kolam art patterns using chalk on a sidewalk, or making Native American rugs and patchworks using paper.

Kolam is a form of drawing using rice flour, chalk or rock powder of various colors. It is popular in Tamil Nadu, Karnataka, Telangana, Andhra Pradesh, Kerala and some parts of Goa, Maharashtra, Indonesia, Malaysia, Thailand and a few other Asian countries.

“The kolam activity was one of the first ones I knew I wanted to include,” Calvert said. “I learned about this art form during my time as a Fulbright-Nehru scholar in India, and that was also how I met Sunita Vatuk, of the City College of New York, who has used this art form to teach mathematical ideas both to children and to school teachers.

“She helped me develop this part of the project, and contributed some original artwork,” he said.

An important feature of the award is that it includes several activities from non-European cultures around the world, Calvert said.

“It's important that all kids be able to see themselves in the mathematical story,” he said. “Too often we present math in ways that reserve that privilege for white Europeans and Euro-Americans. I wanted kids to see a bigger world of math here, and that includes people from a lot of cultures.”

He serves as a Scout leader in Pack 77 in Carterville and has two young sons involved in scouting. 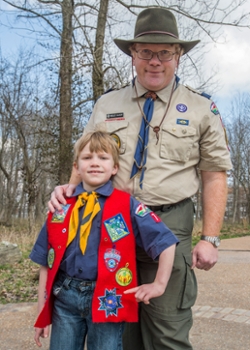 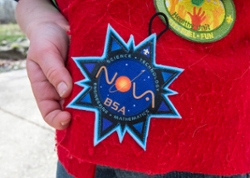 Created by Wesley Calvert, associate professor in the Department of Mathematics.

Activities require scouts to watch, read and discuss ideas related to symmetry in everyday life, as well as its history and uses.