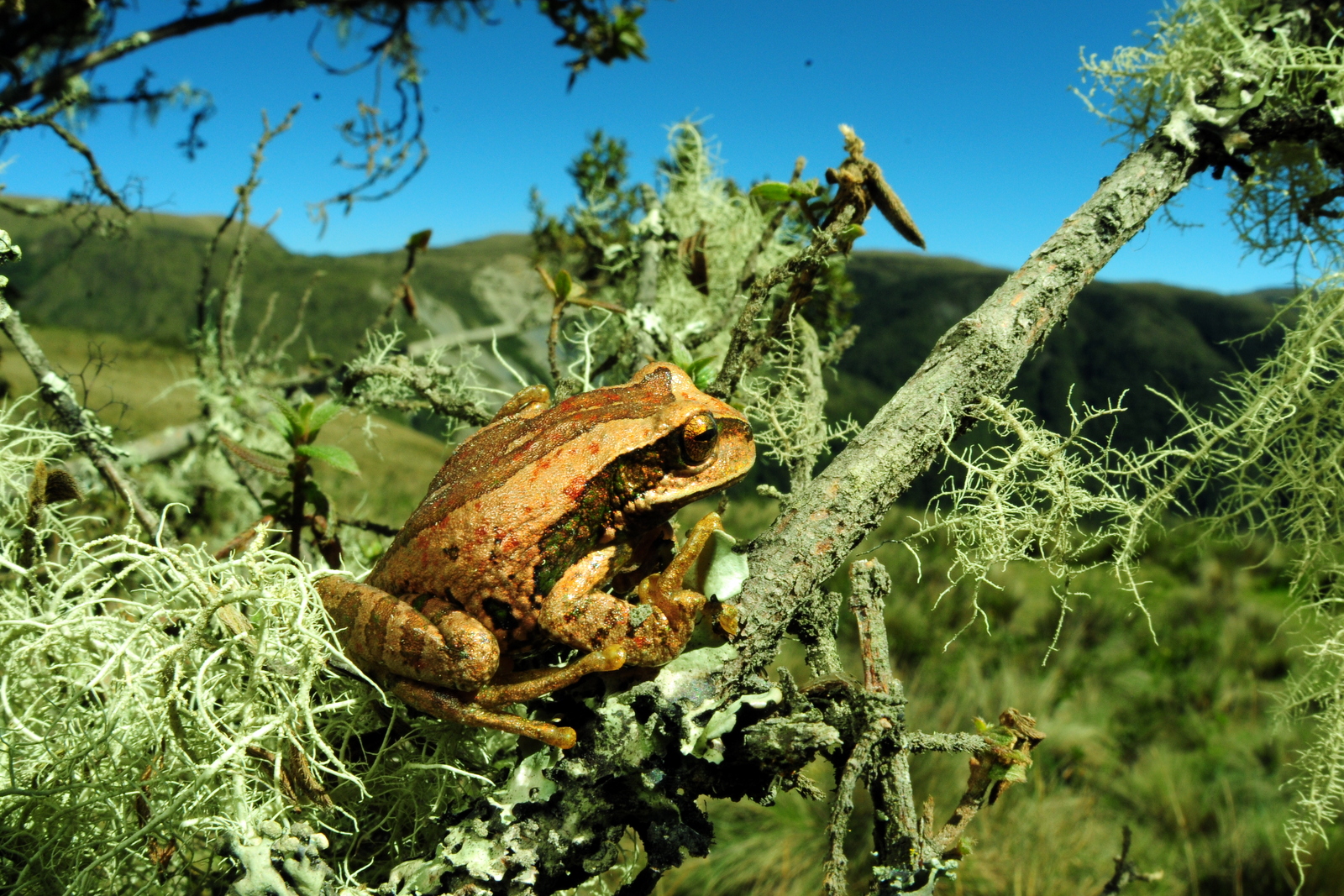 CARBONDALE, Ill. – The rainforests and mountains of South America have grown quieter in recent decades as a deadly fungus has wreaked havoc on the massive frog and other amphibian populations there.

Scientists have tried to better understand the mysterious pathogen causing the die-out in South America. Now, two researchers from Southern Illinois University Carbondale may have just provided an important clue.

“Understanding what contributes to host resistance is important for informing disease mitigation strategies,” said Alessandro Catenazzi, assistant professor of zoology at SIU, and Burkart’s faculty adviser for the thesis.

A legacy of death

Batrachochytrium dendrobatidis, otherwise known to researchers as “Bd,” is a fungal pathogen that has been wiping out amphibian populations since at least the early 1990s. Amphibians such as frogs depend on their skin to provide oxygen and moisture. Bd kills frogs by essentially clogging the skin and interfering with ion exchange.

The condition it causes is called chytridiomycosis. Researchers can spot infected amphibians by their uncontrolled twitching and abnormal postures. The infection causes electrolyte imbalance, which can lead to heart attack.

While infected, the host animal can shed the fungus into the environment or directly to other animals, spreading the disease and causing mass die-offs.

Not all frogs die, and Catenazzi and Burkart’s work focused on two genetically related species of marsupial frogs that live in the east Andes Mountains in Peru. The study’s findings suggest bacteria, but not peptides, play an important role in protecting Gastrotheca excubitor species from chytridiomycosis. The researchers also found related marsupial frog – G. nebulanastes – was susceptible to the disease.

“The importance of them being (genetically related frog species) in my research is that despite that, these frogs differ drastically in their response to Bd,” Burkart said.

Researchers knew that some skin defenses frogs possess include antimicrobial peptides and symbiotic bacteria. But there was still much to learn about how those defenses worked and interacted when exposed to Bd.

“We wanted to investigate both bacteria and the peptides to know for certain which were not responsible for providing resistant frogs with protection,” Burkart said. “That’s how we would know where to focus future efforts on understanding what makes resistant frogs resistant.”

The research began with field work collecting specimens in May-July 2014. Fieldwork was conducted at the Wayqecha Biological Station, owned by the Amazon Conservation Association, which also supported the work. The field team also included undergraduate students from SIU and other U.S. and Peruvian universities. Laboratory work at SIU followed later that year and stretched into 2015.

The researchers collected peptides and bacteria from both species and then grew bacteria in containers, checking to see if either would act against Bd. They found the species that was resistant to the disease had many anti-fungal bacteria on its skin, while the one that was susceptible had just one, weakly anti-Bd bacterium on its skin.

The work also suggested environment might play a role, as the G. excubitor species is terrestrial and the G. nebulanastes lives in trees.

Scientists have debated using anti-Bd bacteria application to prevent chytridiomycosis, Catenazzi said, and the research backs up the important role bacteria play in preventing the disease. Because the frogs are marsupial, the frog has the ability to transfer the helpful bacteria to its offspring, helping give the entire population a better chance of preventing the disease.

“The implications of our research extend beyond the amphibian-Bd disease system, as beneficial bacteria are likely important host defenses for other diseases,” Catenazzi said.

The research was a collaboration with Sandra V. Flechas, of the Universidad de los Andes in Bogotá, Colombia, and Vance T. Vredenburg at San Francisco State University, and received support from the Disney Worldwide Conservation Fund.