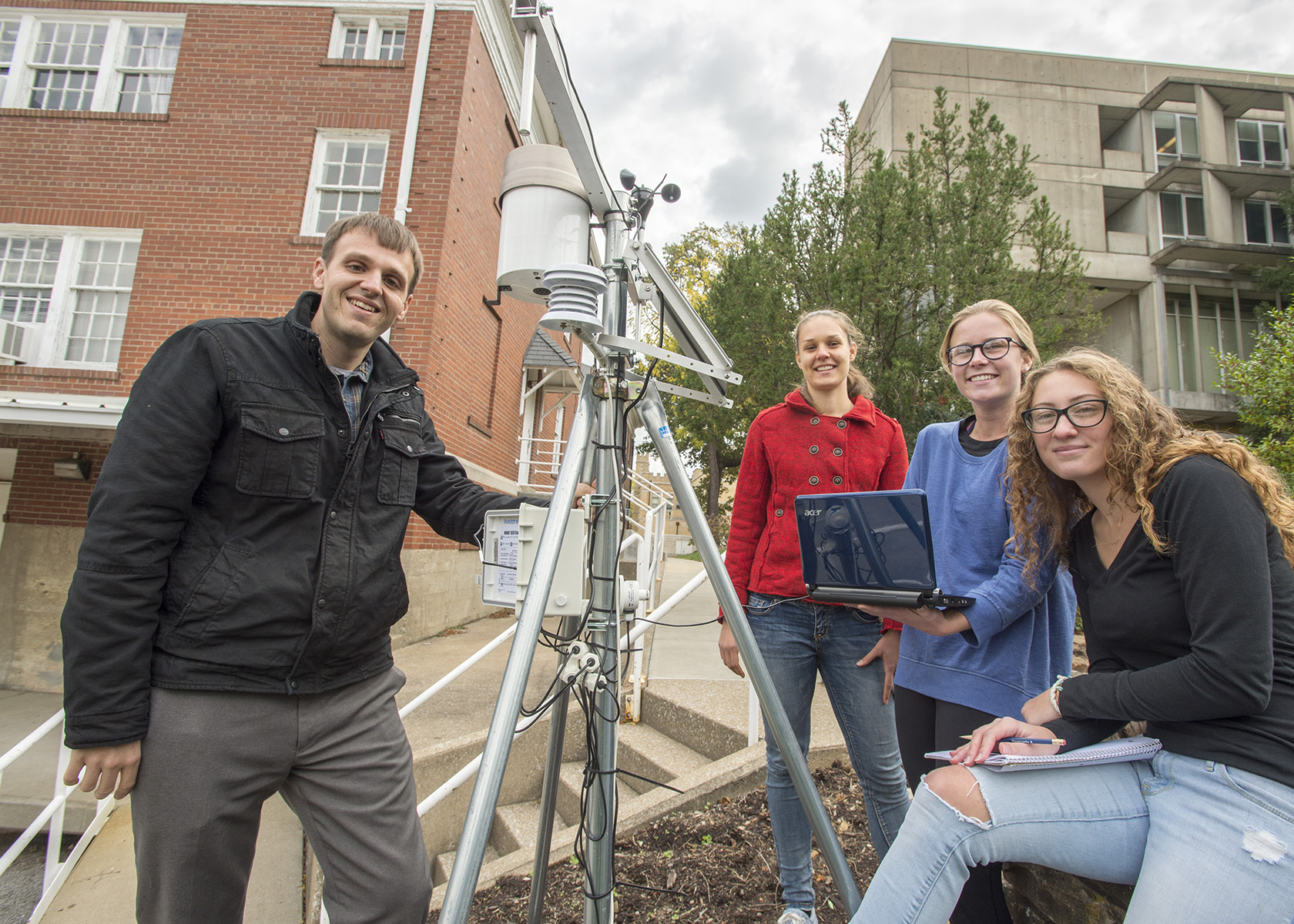 CARBONDALE, Ill. – Sometimes it’s easy to see when an area is in drought: precipitation has been scarce or crops and other vegetation appear visibly stressed or browning. One of the most important indicators of drought -- soil moisture -- isn’t as visible. A researcher from Southern Illinois University Carbondale aims to improve our view of soil moisture for national drought monitoring and forecasting efforts.

Ford’s work expands on a pilot effort begun through NIDIS. As part of this new project, Ford and his co-investigators will participate in NOAA’s MAPP Drought Task Force, working with other MAPP-funded scientists on related projects to rapidly advance project objectives.

Soil moisture monitoring is key to the identification and monitoring of drought conditions, and to predicting their occurrence and severity. This has obvious implications for agriculture, but also for municipal water use planning, wildfire prediction and planning, and other areas where water vulnerability is a factor.

“Soil moisture is harder to monitor than other signs of drought,” Ford said. “It’s expensive. Soil moisture sensors are in the ground at various levels and each must be calibrated for the type of soil they are in. They don’t have an expansive spatial footprint. We need something in addition to these sensors for effective drought monitoring.”

In-ground soil moisture sensors are placed at various levels: generally near the surface and throughout the root zone. Scientists also monitor soil moisture remotely by satellite. Remote sensing uses microwave signals to record reflections from the soil. Dry soil and moist soil reflect those satellite signals differently.  The remote sensing monitoring can penetrate up to 5 or 6 centimeters into the soil.

“Globally, drought is the deadliest natural disaster because it affects food security,” Ford said. “And yet, it’s difficult to answer the basic question ‘What is drought?’ It’s difficult to create models for prediction of drought. It’s difficult even to say when a drought has ended. It isn’t necessarily when there is precipitation, if the ground water has been reduced.”

For all of these reasons – and for his own interest in charting an historic timeline of drought conditions – Ford hopes to expand on the initial NIDIS pilot project to centralize and standardize drought monitoring and reporting.

“Soil moisture data are collected by many agencies and organization in the United States using a variety of instruments for diverse applications,” he said. “These data are often distributed and represented in disparate formats, posing significant challenges for reuse.”

Ford is in the first year of the three-year project. His end-goal is to develop a national drought-monitoring product that integrates the different soil moisture monitors already in use, creating one clearinghouse that will provide information for immediate use and future research on drought conditions across the nation. Ford’s efforts will directly support MAPP and NIDIS goals to improve the nation’s ability to monitor drought and manage drought-related risks.

“This will contribute to water conservation efforts and responsible resource use,” he said. “This could have a big impact.”

Ford’s research team includes several undergraduate students. They share in common having taken an introductory-level climatology course with Ford. Makenzee Loft, a junior from Roscoe, Ill., said she was the only one to jump when Ford asked if anyone was interested in soil moisture. She ended up with an undergraduate assistantship, and now is working with Ford through the grant. Luca Anna Palasti, a junior from Nyíregyháza, Hungary, was initially interested in economics but soon realized her interest in the environment was better met in SIU’s geography and environmental resources program. Angelina Arcuri, a sophomore from Carpentersville, switched her major from forestry and focuses on climatology and water resources.