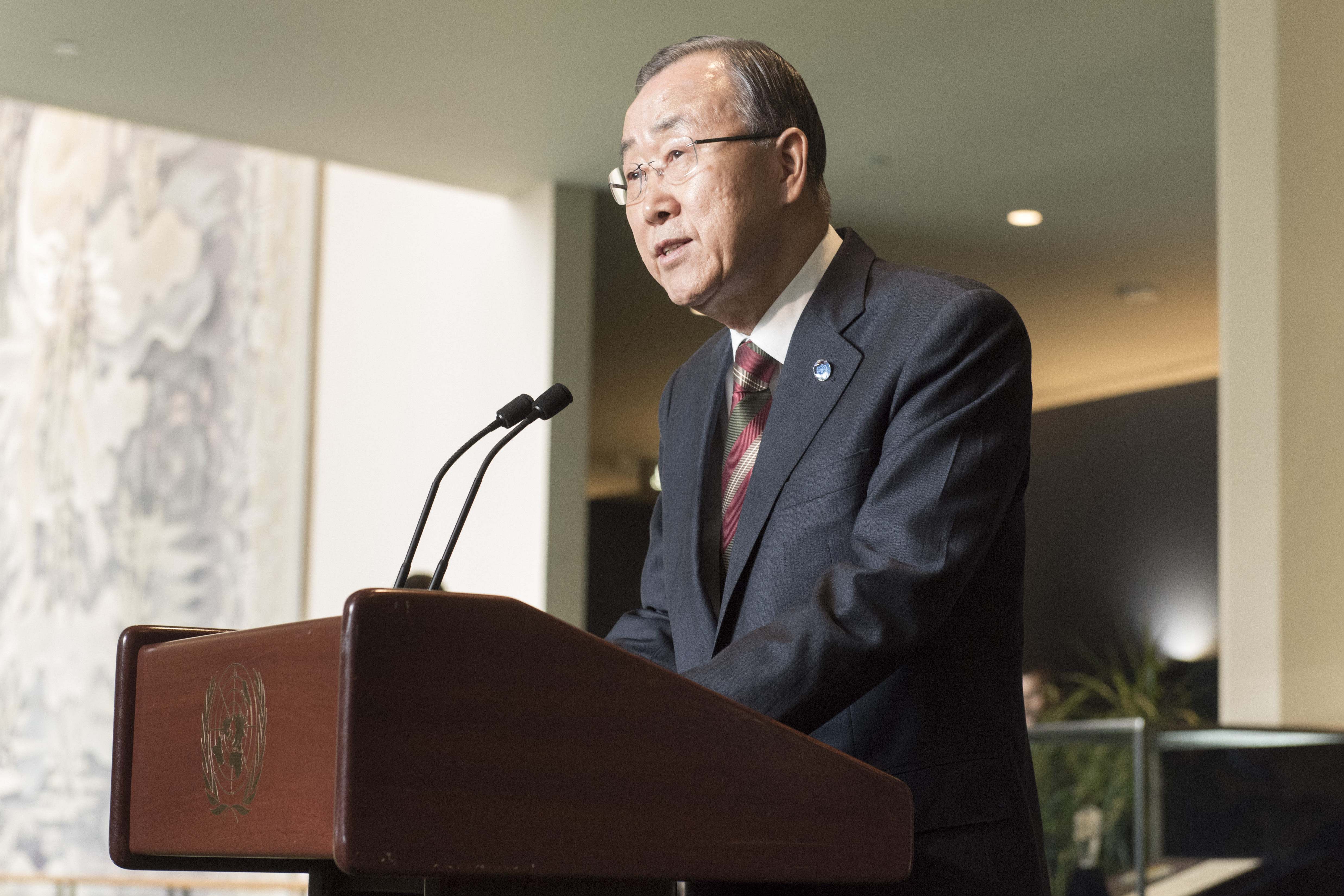 UN secretary-general to speak at SIU on Dec. 21

CARBONDALE, Ill. -- United Nations Secretary-General Ban Ki-moon, who leaves office at the end of the month, will deliver his last public lecture at Southern Illinois University Carbondale on Wednesday, Dec. 21.

Ban will speak at 11:15 a.m. in the Student Center ballrooms. The event is free and open to the public, and doors will open at 10 a.m. It also will be live-streamed. A reception will follow in the International Lounge.

The secretary-general will talk, in part, about “What I Have Learned and Would Like to Pass On. SIU officials suggested the topic after learning this will be his final public appearance. Co-sponsors of Ban’s visit are the Office of the Chancellor, the Paul Simon Public Policy Institute, and the United Nations Association-USA Southern Illinois Chapter. The university has twice invited Ban to speak on campus.

“We are honored that the secretary-general accepted our invitation,” Colwell said. “I believe he did so because of our strong reputation as a national research university, our rich history of embracing international education, and the important work of the Simon Institute and the United Nations Association-USA Southern Illinois Chapter.”

Ban, born in 1944 in the Republic of Korea, is the eighth secretary-general of the UN. He took office in 2007 and was unanimously re-elected by the General Assembly in 2011.

His priorities as leader of the 193-member international organization have been to mobilize world leaders around a set of new global challenges, from climate change and economic upheaval to pandemics and increasing pressures involving food, energy and water.

At the time of his election as secretary-general, Ban was his country’s minister of foreign affairs and trade. His 37 years of service within the ministry included postings in New Delhi, Washington, D.C., and Vienna. Ban’s ties to the UN date back to 1975, when he worked for the Foreign Ministry’s United Nations Division.