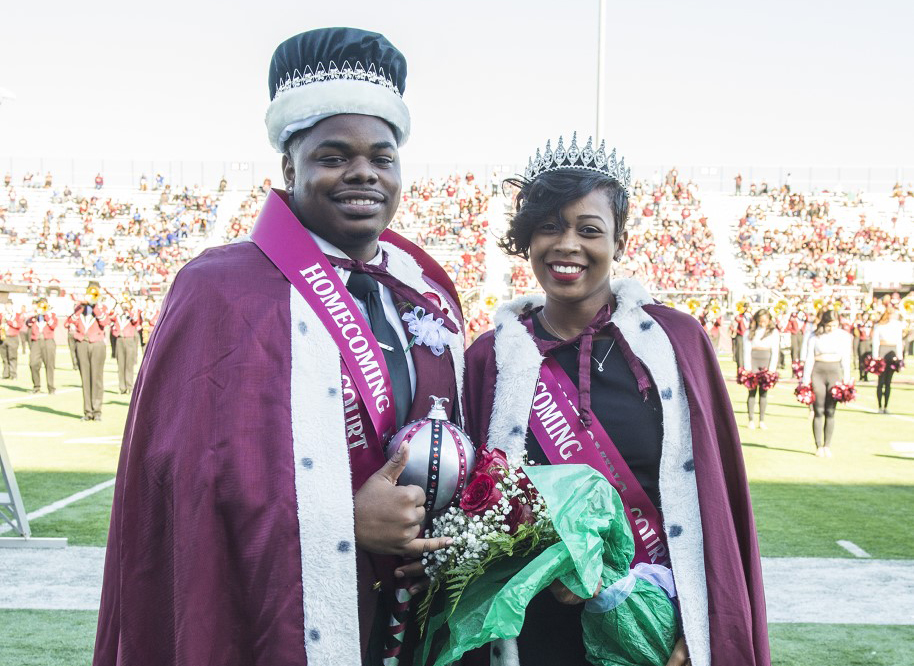 CARBONDALE, Ill. -- Pleasant weather and lots of special activities drew large crowds to Southern Illinois University Carbondale for Homecoming 2016 and the results of various competitions are now in.

Students chose Orlando Toatley of St. Louis as their king and Beryl Span of Chicago as queen via online voting. Toatley is a senior radio, television and digital media major with a speech communications minor, while Span is a senior criminal justice major with a minor in sociology.

Throughout the week, during the “Saluki State of Mind” celebrations, registered student organizations showed their Saluki pride through participation and prizes were given to the groups that did so best. Delta Sigma Theta Sorority won the Spirit Competition-Small Bracket (for 1-49 members) prize while Delta Phi Epsilon won the Spirit Competition-Large Bracket (for 50 or more members).

Winners in the marching band competition, listed by categories, include:

This year’s king candidates were:

In conjunction with SIU’s Homecoming, the Carbondale Chamber of Commerce also sponsored a window decorating contest. Evolve at SIU was the winner.