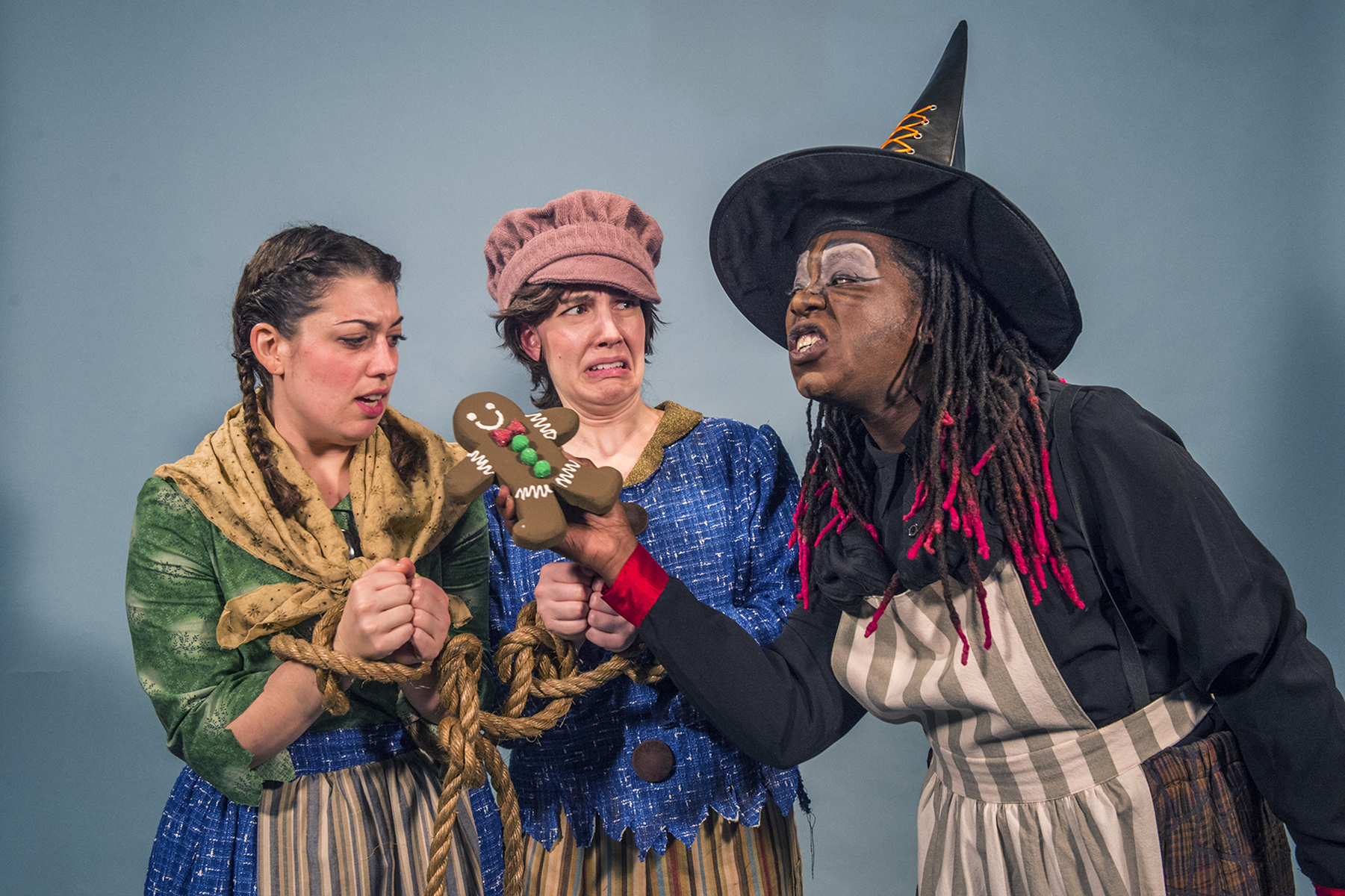 An operatic version of “Hansel and Gretel” comes to the McLeod Theater at Southern Illinois University Carbondale Feb. 26-28 as a co-production from the Department of Theater and the School of Music. Here, left to right, are Brynn Scozzari as Gretel, Michelle Ford as Hansel and Paul Hawkins as the Witch.  (Photo by Steve Buhman)

Operatic version of ‘Hansel and Gretel’ to be staged

CARBONDALE, Ill. – An operatic version of the fairytale “Hansel and Gretel” comes to the McLeod Theater at Southern Illinois University Carbondale Feb. 26-28.

The family friendly production is co-produced by the Department of Theater and the School of Music. Performances are at 7:30 p.m. on Friday and Saturday and at 2 p.m. on Sunday.

Engelbert Humperdinck composed the fairytale into an opera, which debuted in 1893 in Weimar, Germany. This version of the story, somewhat different from the familiar Brothers Grimm version, opens on a famine-stricken land. A mother, desperate to feed her children, sends them to search for strawberries in the haunted forest, the home of an evil witch who captures children and turns them into gingerbread cookies. In the forest, the children lose their way. The next morning they discover a house made of gingerbread and candy. The woman of the house, really the evil witch, captures them, planning to eat the boy, Hansel, once he is fat enough. At first the boy deceives her, but when the witch decides to cook him anyway, his sister, Gretel, pushes her into the open oven. Using the witch’s magic wand, Hansel frees the children previously turned into gingerbread. Their parents, who have been searching the forest, find the children and all are reunited.

The SIU production features Michelle Ford as Hansel and Brynn Scozzari as Gretel. Nyghel Byrd and Brittney Leimkuehler play Father and Mother, with Alex Dycus as the Dew Fairy and Paul Hawkins as the Witch. A ballet ensemble of young dancers from the Susan Barnes Dance Studio and 14 singers from the Southern Illinois Children’s Choir round out the cast. Tim Fink directs the production, with musical direction by Paul Transue. The Southern Illinois Symphony Orchestra, under direction of Edward Benyas, provides the music.

Brooke Oehme presents a pre-show lecture at 1:30 p.m. before the Sunday performance. She discusses “The Story of Hansel & Gretel Then and Now.” The lecture will take place in the College of Mass Communication and Media Arts Dean’s Conference Room just off the McLeod Theater lobby. The lecture is free and open to the public; tickets are required for the performance.

Tickets are $18 for adults and $6 for students and children, and are available Monday-Friday, noon-4:30 p.m. in person at the McLeod and SIU Arena box offices, or by phone at 618/453-6000. Tickets are available online. Some fees apply for online and by phone orders.