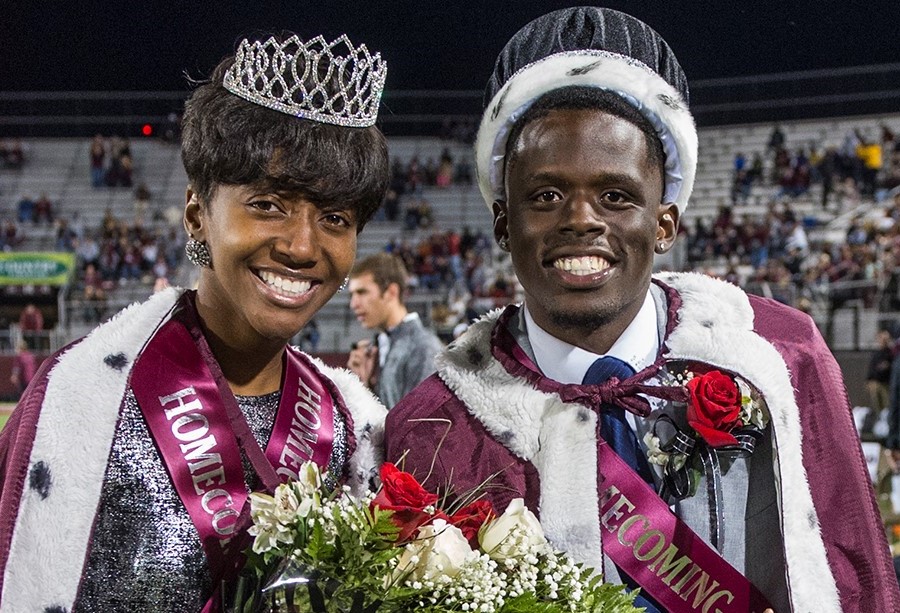 CARBONDALE, Ill. -- It was a winning weekend in more ways than one as Southern Illinois University Carbondale celebrated “Respect the Royalty” Homecoming 2015.

In addition to the Salukis’ overtime victory against Youngstown State, SIU crowned a homecoming king and queen and awarded prizes in other competitions as well.

Delta Zeta sorority won the inaugural Spirit Competition, claiming a $400 prize and trophy for being the registered student organization with the most participation in homecoming festivities throughout the week.

Winners in the marching band competition, listed by categories, include: