CARBONDALE, Ill. -- Four finalists for the position of Southern Illinois University Carbondale chancellor will come to campus for interviews in late April and early May. All of the finalists are currently sitting provosts with experience overseeing academic initiatives and serving in multiple university roles. Interview dates are being finalized.

The candidates were identified by an advisory committee of faculty, staff, students and other university constituents. The committee received 30 applications and interviewed nine semi-finalists before recommending the four finalists to SIU President Randy Dunn, who will recommend a final candidate to the university’s Board of Trustees following the interview process.

“We had a number of highly qualified candidates who expressed interest, which speaks to SIU’s positive academic reputation,” said Carl Flowers, committee co-chair and professor and director of the university’s Rehabilitation Institute. “Each of the four finalists has strengths that could contribute positively to the future of the university.”

Co-chair Meera Komarraju, professor and chair of the Department of Psychology, said candidates for the position were identified through advertising and direct outreach and included individuals who were nominated and well as invited to apply.

“The committee took its responsibility for identifying, reviewing, and interviewing candidates seriously and collaboratively,” she said. “We look forward to getting to know more about our finalists during campus visits, when they will each have the opportunity to meet with multiple groups and participate in a public forum.”

“Our goal was to identify the best candidates to lead our university into the future,” Flowers added.  “The committee had a singular goal of identifying finalists who were visionary, thoughtful and prepared for the challenges that lie ahead.  We believe that goal was achieved.”

Dunn said he hopes to have a chancellor in place before the beginning of the fall semester.

“I am deeply grateful to the committee for the obvious work and time commitment they put into this critical effort,” the president said. “I am confident that we will find our next chancellor within this group of finalists.”

Application materials for the finalists and background about the search are available at http://chancellor.siu.edu/search/. Interview dates and times and locations for public forums will be announced and posted when finalized.

Background about each finalist follows.

Pam Benoit has served in her current role as executive vice president and provost at Ohio University, where she oversees academic units, enrollment management, diversity and inclusion and other areas, since 2009. Enrollment has increased from 30,000 to 38,818 students during her time as provost, and she has collaboratively contributed to the development of the university’s strategic plan and regional economic development initiatives.

Prior to her work at Ohio University, she served from 2006 to 2009 as vice provost of advanced studies and dean of the graduate school at the University of Missouri. She served as interim dean of the school in 2005-06 and as associate and assistant dean from 2003 to 2005. She was chair of the university’s Department of Communication from 1999 to 2003.

Benoit started her career as a visiting assistant professor of communication at Miami University in Ohio in 1979 and has since held academic positions in communications at Bowling Green State University (1980-84), University of Missouri (1984-2009) and Ohio University (2009-present).

Susan M. Ford has served as SIU Carbondale’s acting provost and vice chancellor for academic affairs since August 2014. In this role, she oversees academic units, enrollment management, information technology, and other areas. She was interim dean of the graduate school in 2013-14, associate dean and director of the school from 2012 to 2013 and chair and interim chair of the Department of Anthropology from 2005 to 2012.  In her work with the graduate school, she revised recruitment practices and supported a collaborative effort to grow enrollment of international students.

She also served as director of SIU’s Center for Systematic Biology from 2001 to 2007. She joined the university as a visiting instructor in 1979. Prior to coming to SIU, she held laboratory assistant, teaching assistant, archaeology field crew and other positions for the Smithsonian Institution, Carnegie Museum of Natural History, University of Pittsburgh and Roanoke College.

Ford is widely published in her field and has delivered presentations at numerous professional conferences. She has received the teacher-of-the-year award for SIU’s College of Liberal Arts three times and served on multiple campus committees.

She earned her bachelor’s degree in biology from Roanoke College in 1974 and her doctoral degree in anthropology from the University of Pittsburgh in 1980.

Sabah U. Randhawa became provost and executive vice president of Oregon State University in 2005 after serving twice as interim provost. He is the university’s chief academic as well as operating officer and oversees academic units, student affairs, international programs and other areas. As provost, he has overseen the realignment of academic colleges, creation of interdisciplinary academic programs and an increase in industry-based research and commercialization activities.

He has served as vice chair of the Northwest Commission on Colleges and Universities, co-chair of the Oregon University System Provosts’ Council, and member of the Engineering Accreditation Commission.

Lawrence Schovanec became provost and senior vice president at Texas Tech University in January 2014 after serving as interim provost and senior vice president from June to December 2013. He oversees the university’s academic units as well as information technology, institutional research and other areas. As provost, he has launched an initiative to improve student retention and graduation rates, directed the revision process of the university’s strategic plan and initiated forums to inform the university community about the budget process.

Schovanec was Texas Tech’s interim president from August 2012 to June 2013. He served as dean of the university’s College of Arts and Sciences from 2010 to 2012, interim dean of the college from 2008 to 2010, chair of the Department of Mathematics and Statistics from 1999 to 2009, and acting chair of the department in 1998. He joined the university as an assistant professor in 1982, taking leave to serve as a visiting assistant professor at Texas A&M University and a research fellow with the U.S. Air Force Summer Faculty Research Program. 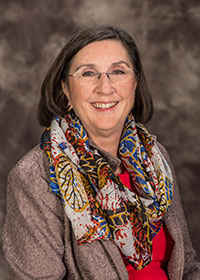 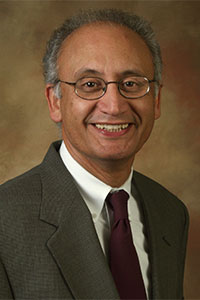 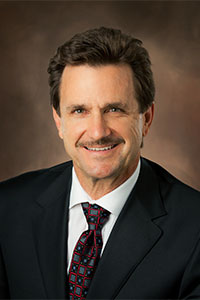