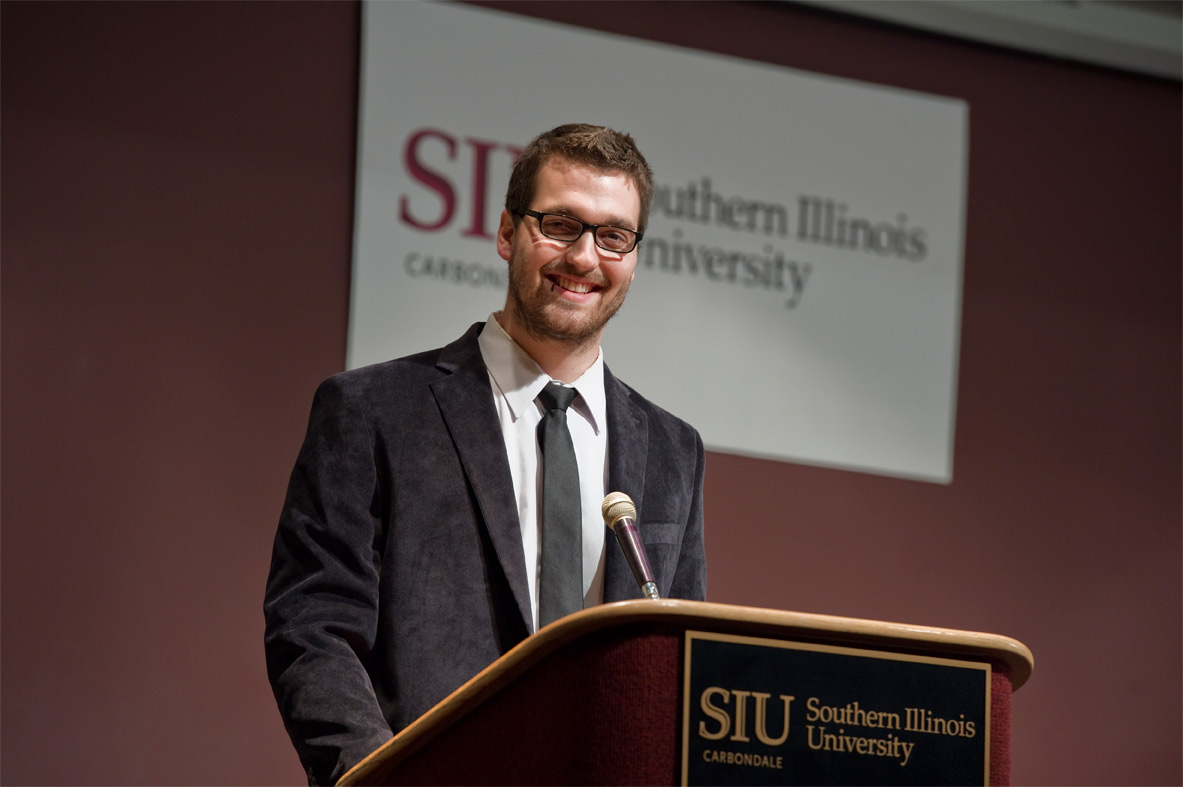 Debate Coach of the Year -- Mike Selck, a graduate student at Southern Illinois University Carbondale and assistant coach of the debate team, received the award from the Washburn Debate Union, which presents the award annually. (Photo provided)

Mike Selck, graduate student at Southern Illinois University Carbondale and assistant debate coach, received the Debate Coach of the Year for 2014 honor from the Washburn Debating Union, the youngest debate coach ever to win the award.

That continued success for SIU is part of the reason Selck received the coaching award. “The SIU debate teams have excelled under their current coaches, and Mike has been a huge part of that,” Kevin O’Leary, director of debate at Washburn University, said. “He was able to transition from a national champion as a debater into a national champion as a coach – it’s a difficult transition that not many people have accomplished.”

The other reason for Selck’s award is his strength as a debate tournament judge. “Mike’s decisions when judging debates are beyond excellent,” O’Leary said. “I can honestly say that I’ve learned an extraordinary amount from just listening to Mike explain his decisions and give advice to the debate teams he judges. He maintains the highest level of educational standards and his values as a coach and mentor are beyond reproach.”

Todd Graham, director of debate at SIU, said he’s been pleased to work with Selck for several years, as a member of the debate team and the debate coaching team.

“He deserves this award, and I’m happy that I’m not the only one who thinks that Mike Selck is one of the best, if not the best, debate coaches in the country,” Graham said.

Selck graduated from SIU in 2013 with a bachelor’s degree in speech communications and with the distinction of having won more collegiate debate tournaments than any debater in American collegiate debate history.