Paced by senior Sean S. Gipe, who shared top pilot honors and was the top scoring contestant, the Flying Salukis put six team members in the top eight slots and won each of the nine events to easily earn a seventh regional title in eight years.

The finish marks the 45th time in 46 years that the eight-time and defending national champion Flying Salukis have qualified to compete for the national title. SIU Carbondale has won two national titles and finished no lower than fifth in the nation in eight appearances dating back to 2005.

Using the Southern Illinois Airport and Transportation Education Center this past week to their advantage in hosting the event, the Flying Salukis finished with 349 points -- 53 percent of the total available to take the title. Lewis University was second with 135 points, followed by Purdue University, 98 points, Indiana State University, 43 points and Quincy University, 35 points.

The top three teams earn automatic berths to the NIFA national competition, May 11-16, at The Ohio State University.

“It was a pretty unreal feeling to have that type of performance in my first semester as head coach,” James Libuszowski, first-year coach and assistant instructor, said. “Coming out of all the events everyone felt comfortable they did well.”

Libuszowski liked the point distribution throughout the team, including among freshmen and sophomores; a strength he believes will bode well for the future. While there was an element of home field advantage Libuszowski is also confident in the team’s ability to compete anywhere.

“It wasn’t just our seniors, our new members in their first semester on the team were able to go in and perform pretty well,” he said. “The sophomores really stepped up to the plate and came out with a lot of first place finishes.”

In addition, Emily K. Frasca, a senior in aviation management and flight from Champaign, was the second top scoring female pilot.

Computer accuracy results were among the first announced Saturday night. Libuszowski said he looked at assistant coach and former Flying Saluki Michael LeFevre to see if it was possible a sweep was imminent. LeFevre was part of the last Flying Saluki team to accomplish that.

“It’s nice to have that back,” Libuszowski said. “It was a good moment and good early start to the night for us.”

The focus now shifts to the national event. Plans are for the team to maintain their skills before hitting the true practice schedule in the spring semester, Libuszowski said.

The three programs that comprise the university’s aviation program – aviation flight, aviation management and aviation technologies – are in the College of Applied Sciences and Arts.

More information on the university’s aviation program is available at aviation.siu.edu. 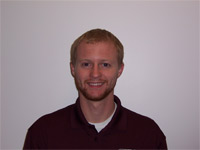