CARBONDALE, Ill. -- They followed different career paths -- one to aviation and the other education -- but sisters LuAnn Gatewood and Gina Gatewood Trover shared a love of teaching.

A ceremony honoring their commitment and memory will take place Thursday, Aug. 28, at Southern Illinois University Carbondale’s Transportation Education Center with the dedication of the LuAnn Gatewood and Gina Gatewood Trover Weather Dispatch Center. The ceremony is set for 11 a.m.

Reporters, photographers and camera crews are welcome to cover the dedication. Susan M. Ford, interim dean of the Graduate School and Office of the Provost and Vice Chancellor for Academic Affairs; Andy Wang, dean of the College of Applied Sciences and Arts; José R. Ruiz, professor and interim chair of the Department of Aviation Management and Flight and Cameron Shulak, a senior in the aviation management program and a Gatewood scholarship recipient, will be among those speaking. Those individuals and other speakers will be available for interviews after the program.

At the time of her death in January 1981, LuAnn Gatewood was a flight instructor at SIU. She graduated with a bachelor’s degree in animal science but fell in love with aviation and earned a transport pilot rating. She was pursuing a master’s degree in flight technology at the time of her death. Older sister Gina earned a degree in elementary education from SIU in 1972 and died a few years after her younger sister.  The sisters were from Mattoon.

Since 1982, the LuAnn Gatewood and Gina Gatewood Trover Scholarship Endowment has provided funds to 58 students in the aviation flight program.

The sisters “represented the best in all of us,” José R. Ruiz, professor and interim chair of the Department of Aviation Management and Flight, said.  “They were kind, compassionate and devoted their lives to the training and education of others.  During a period when female pilots were a rarity, LuAnn Gatewood served as a beacon of inspiration for aspiring young female pilots.  The Weather Dispatch Center is the heart of our aviation flight operations. It was also the area where LuAnn felt most at home.”

Gretta Gatewood Kearney, who lives in Mattoon with her husband, Dale, said her daughters were “born to be teachers.”

“Their interests were very different. LuAnn loved flying and Gina devoted her career to elementary education but both girls were totally dedicated to their students. They wanted to make a difference in the lives of others,” Kearney said.

“LuAnn fell in love with flying while she was an SIU student and working at the Southern Illinois Airport restaurant.  I don’t know where it came from but it was in her blood.  If she were still with us today, I am sure it would be hard to get her out of the new Transportation Education Center,” Kearney said.

Andy Wang, dean of the College of Applied Sciences and Arts, said the college truly appreciates the “wonderful support” from the Kearney and Trover families. The aviation program is “universally recognized” as one of the top collegiate programs in the nation and the families’ generosity “will support generations of future aviators as they follow in LuAnn’s footsteps,” he said.

“We have a solid history of training outstanding pilots, visionary managers and skilled technicians. In addition, we have had outstanding female aviation professionals come out of our programs.  Graduates like LuAnn Gatewood have had tremendous impact on the aviation industry,” Wang said.

United Airlines Capt. Clarence Copping, a Boeing 777 captain and line check airman instructor who graduated from SIU’s aviation management program in 1977, first met LuAnn Gatewood while an undergraduate student and recalls she “was a serious and committed student.” Her “professional and dedicated work and demeanor” stood out among her peers to the full-time staff and Gatewood advanced from a part-time flight instructor to charter co-pilot and later first officer on the then-Air Institute’s DC-3 transport aircraft. She then accepted a position as a full-time flight instructor.

As with other women aviators with whom Copping has worked, Gatewood was “making a successful and rewarding career for herself.  She has been remembered and missed by many over the years.  Forever young,” he said. 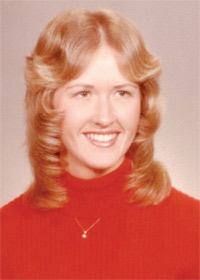 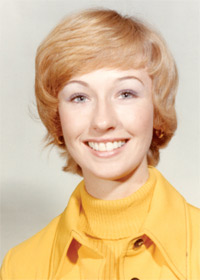