CARBONDALE, Ill. -- Seven alumni of Southern Illinois University have joined the SIU Foundation Board of Directors.  They are serving three-year terms that will conclude on June 30, 2017.

The newest members of the Foundation’s volunteer board include: Barbara Blacklock, a 1989 university studies graduate of SIU; Robert C. Bleyer, who earned a master’s degree in business administration in 1992; Kathryn Bohn, a 1983 graduate of SIU’s medical school; Stephen Goepfert, a 1975 accounting alumnus; Ray Griffith, a 1975 marketing graduate; Edward Hamilton, a 1988 finance graduate, and Larry Jones, who earned a bachelor’s degree in chemistry and his medical degree from SIU in 1973 and 1976, respectively.

The board governs the SIU Foundation, an independent nonprofit organization that provides alumni and friends a means to invest in the university’s future.  Established in 1942, the Foundation solicits and administers gifts from private sources in support of SIU Carbondale’s academic mission.  Private funding is generated through annual giving, planned giving, major giving, corporate and foundation relations and campaigns.

Blacklock is managing director-investments at Wells Fargo Advisors, LLC in Carbondale. She enjoys public speaking, and actively supports The Women’s Center, SIU External Advisory Board, SIH Foundation Cancer Center (Hope is Home), and Trinity Christian School. In addition, Blacklock was inducted into the university’s College of Business Hall of Fame in April 2014.  She has been a Carbondale resident for more than 30 years.

Bleyer is president, CEO, CFO and board member for The Bank of Carbondale.  A certified public accountant, Bleyer is active in the Carbondale community.  He serves on the board of directors for the Carbondale Community High School Foundation, City of Carbondale Downtown Development Committee, and St. Francis Catholic Church Finance Committee.  He previously served as a board member for Carbondale Chamber of Commerce, Carbondale Main Street, Southern Illinois Catholic Social Services and Carbondale Junior Sports.  Prior to attaining his MBA at SIU, Bleyer earned a bachelor’s degree in accounting and finance from Notre Dame in 1981.

Bohn is a physician/owner of The Vein Specialists in Bloomington, and an adjunct professor for Illinois State University, as part of its healthcare pre-professional mentorship program.  She practiced emergency medicine at hospitals in Bloomington and Normal for more than 24 years.  Bohn is board certified in emergency medicine, family medicine and phlebology (advanced vein disease).   She earned her medical degree from SIU’s School of Medicine and her bachelor’s and master’s degrees from Illinois State University.

Goepfert served as vice president - internal audit (chief auditor) for United Airlines in Chicago until his retirement in October 2013.  He previously served a 21-year stint as chief auditor of Continental Airlines, which merged with United in 2010.  Goepfert has served internal auditors globally, including tenure as chairman of the board for the Institute of Internal Auditors, 2006-2007.  The 1975 SIU alumnus graduated with highest honors, and was inducted into the College of Business Hall of Fame in 2010.

Griffith is the former president and CEO of Ace Hardware Corp., an Oak Brook-based cooperative with 4,400 stores in all 50 states and 62 countries.  During an 18-year career with Ace Hardware, Griffith served in multiple leadership roles and was responsible for various facets of the company’s daily operations.  Prior to his distinguished career with Ace, he was president/CEO of Coast to Coast in Denver.  He is a member of the board of directors for Follett Corporation, where he chairs the compensation committee.  He also chairs the board of directors for Ace International Holdings.

Hamilton is an independent investor currently residing in Charlotte, N.C.  He focuses on early- stage private equity investing, residential real estate investment and equities and options trading.  Previously, he served as managing director / SVP at Banc of America Securities in Charlotte, where he was responsible for the firm’s syndicated corporate loan sales, trading and research desk, which had several billion dollars of assets under management.    The 1988 SIU finance alumnus chairs the executive committee for the Inception Micro Angel Fund in Charlotte.  He is a member of the SIU College of Business Hall of Fame and the executive committee for the college's Dean's Advisory Board.

Jones’ medical practice, which he established in 1979, has evolved into the Primary Care Group, the largest healthcare access organization in southeastern Illinois.  Jones serves as president of the Harrisburg-based group, which has six equal partners and four employed physicians.  Ten doctors practice at Primary Care Group, a federally qualified health clinic.  The 1976 SIU School of Medicine graduate has been a clinical associate professor in the school’s Department of Family Medicine since 1981.  Jones received the School of Medicine Distinguished Alumnus Award in 2002, and was named the school’s Mentor of the Year in 2012.  He also earned the Alumni Achievement Award from the College of Science in 2010. 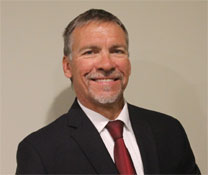