The awards from the SIU Alumni Association honor career achievement, cultural impact, humanitarian efforts, and young alumni achievement. Individuals were selected for the honor they bring to the university through outstanding accomplishments within each award category.

“Our distinguished alumni represent the significant accomplishments of SIU graduates across many fields,” said SIU Chancellor Rita Cheng. “They demonstrate to our students the value of an SIU education as a platform for successful careers.”

The Distinguished Alumni Award began in 1998. Michelle Suarez, executive director of the SIU Alumni Association, said that current SIU students will have the opportunity to engage with the award recipients.

“On behalf of our Board of Directors, we are delighted to welcome these honorees to campus,” Suarez said. “They are shining examples of what SIU has to offer the world.”

Calamos was previously president of investments and co-chief investment officer at Calamos Asset Management Inc. and former president of Calamos Investments. He was responsible for research and portfolio management for the firm’s family of mutual funds, closed-end-funds and separately managed accounts, totaling more than $45 billion in assets.

Leading the development of the firm’s proprietary research tools and investment processes for a team of more than 50 professionals, Calamos served as a portfolio manager of equities, high yield bonds, convertible securities and alternative investments.  During his tenure, many of the firm’s mutual funds have received accolades, including more than 30 Lipper Performance Achievement Certificates and the No. 1 designation for 10-year performance for the Calamos Convertible Fund, Calamos Growth and Income Fund, Calamos Market Neutral Income Fund and Calamos Growth Fund.  The Calamos Growth Fund was named the No. 1 fund in the Forbes honor roll for three years in a row beginning in 2005, and the Calamos Growth and Income Fund earned the “Standard & Poor’s/Business Week” Excellence in Fund Management Award in both 2003 and 2004.

A chartered financial analyst, Calamos is author of the 2003 book “Convertible Arbitrage: Insights and Techniques for Successful Hedging.” The book has been used as a textbook in investment management curricula.  Calamos has been quoted in The Wall Street Journal, Barron’s, Fortune, Business Week, and Pensions & Investments and regularly appears on CNBC, Kudlow & Company and Bloomberg TV.

Gildersleeve is president of Gildersleeve Fertilizer Co. An Alumni Association life member, he has demonstrated steadfast dedication and service to his alma mater for more than 30 years, including 17 years on the association’s board of directors and two as president. In addition, he served on the SIU Foundation Board for 21 years and was president for two years. In 2012, he began serving on the College of Agricultural Sciences Leadership Board. Gildersleeve has served on numerous campus committees including the “Southern at 150” planning committee and a School of Medicine foundation advisory committee of community leaders. He has committed time, talent, and resources to the overall good of the institution while overseeing a major agricultural business four hours away from Carbondale.

Gildersleeve’s humanitarian efforts stretch beyond SIU. He has demonstrated compassion for his local community including contributing land and money to support building the Timber Point Camp on Lake Bloomington, an Easter Seals facility.  In addition, he sponsors an international student at a nearby university, assisting with tuition and welcoming the student as a family member. He has held positions on local, state, and national corn and soybean groups and each year plants several acres of sweet corn close to the city of Hudson, Ill., for residents to pick for their own use. Gildersleeve held an elected committeeman position for 32 years and has had leadership positions on civic committees, associations and boards within his community.

Jackson is professor emeritus of sculpture at the School of the Art Institute in Chicago and owner of The Raven Gallery, home of the Contemporary Art Center in Peoria, Ill. He creates bronze abstract figurative work and monumental steel and cast bronze sculptures as well as two-dimensional pieces.

Jackson's work deals with his concerns about social interaction between various groups of people and is geared toward the betterment of our society. The intent of the work is to cause the viewer to see things they may not have considered, or perhaps to examine them from a different, more universal perspective. Even if the audience does not see things from his viewpoint, he hopes to trigger some recognition of his intention and allow viewers to address it on their own terms.

Jackson's commissions include a sculpture on Wacker Drive in Chicago of Irv Kupcinet, the late Chicago Sun-Times newspaper columnist and broadcast personality; “Acts of Intolerance,” two 14-foot cast bronze columns depicting the events and aftermath of the Springfield race riot of 1908; “Bronzeville, A Moment in Metal” memorializing the Bronzeville neighborhood in stainless steel and cast bronze for McCormick Place West in Chicago;  “From the Cotton Field to the Battlefield” a Decatur, Ill. granite and cast bronze relief memorializing Abraham Lincoln’s decision to permit African-American soldiers to fight in the Civil War; “Knockin’ on Heaven’s Door,” a 30-foot stainless steel and cast bronze piece on the subject of the Underground Railroad in Peoria, and a bust of Fred Hampton in Maywood.

He has been awarded two regional Emmys and was a 1998 Laureate of the Lincoln Academy of Illinois.  Jackson earned his bachelor’s degree in art.

Kauffman is a senior strategic communications consultant at a subsidiary of Nippon Telegraph and Telephone Company, a Global Fortune 29 company and the largest telecommunications company in the world serving Fortune 50 clients in the financial and insurance industries.

Kauffman was a Route 66 Raceway announcer, a news commentator at WYKT-FM in Joliet, and a public relations associate for the Exxon Mobil Green Team, a select group that worked on local infrastructure in Will County. He developed public relations crisis communications management training at Mobil Oil Refinery and studied at Joliet Junior College before attending SIU.

While attending graduate school at the University of Illinois at Springfield, Kauffman was a public relations staff assistant at the Illinois Department of Transportation. Before the age of 27, he was promoted three times in three years at IDOT -- from staff assistant to marketing communications coordinator and then to public information officer and spokesperson, responsible for overseeing all external communications for one of the largest state agencies in Illinois. 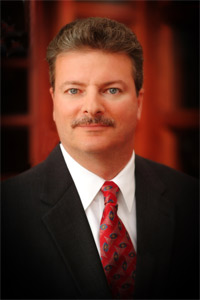 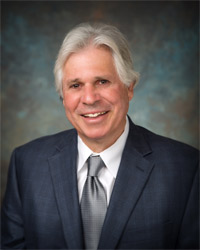 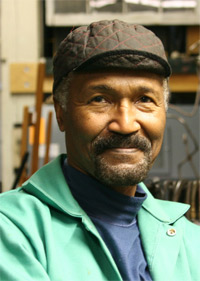 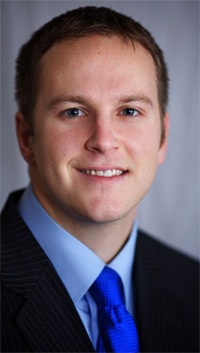