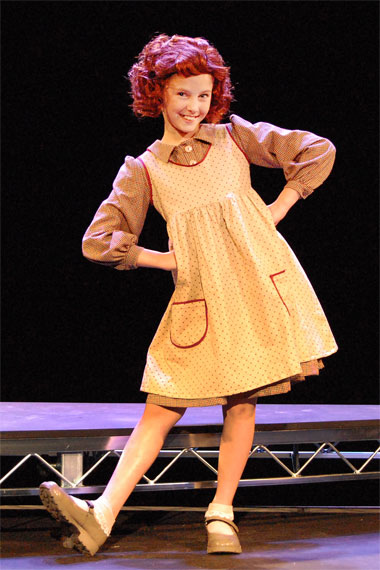 Local star: Sixth-grader Charli Elliott, a student at Our Lady of Mount Carmel Catholic School in Herrin, plays the lead in the McLeod Summer Playhouse production of the popular musical “Annie.”  (Photo provided)

The title role showcases local talent, sixth grader Charli Elliot, a student at Our Lady of Mount Carmel Catholic School in Herrin.  She’s no stranger to the stage, but she says “Annie” is her favorite so far.

Tickets are $25 for the general public, $10 for students.  Tickets are available in advance at SouthernTicketsOnline.com, by calling 618/453-6000, or in person the McLeod Theater Box Office, open weekdays from noon to 5 p.m.  Tickets are also available beginning one hour before each performance.