The Association will honor the three at 4 p.m. Oct. 12, at a public reception and plaque unveiling in the Student Recreation Center Alumni Lounge.  The framed photos will become part of the University's Distinguished Alumni Wall there.  The public is welcome to attend.

Homecoming Weekend is Friday and Saturday, Oct. 12 and 13.

"We are excited to honor three of our graduates who have made a major impact in the world around them," SIU Alumni Association Executive Director Michelle Suarez said.  "This event serves as one of the highlights of homecoming weekend."

Individuals are selected for the honor they bring to the University through outstanding performance in their career field or profession, the impact they have made in their communities, and for service to SIU Carbondale that benefits the University and enhances educational opportunities for current students.

The 2012 SIU Distinguished Alumni are Clarence Copping, '77, a senior captain with United Airlines who has been with the airline since 1978 and continues to have strong ties to the University; G. David Delaney, '83, vice president and chief operating officer for PotashCorp., the world's largest fertilizer company by capacity, and Daniel Korte, '85, president of Rolls-Royce Defense, a $4 billion global defense aerospace business with 5,500 employees in 17 countries throughout the world.

Here is a closer look at this year's recipients.

Copping, an aviation graduate in the College of Applied Sciences and Arts, began his aviation career early as an assistant chief flight instructor and later as a charter pilot for SIU Carbondale.

Copping’s professional experience has led to a continuing association with NASA as a test subject for studies including NextGen airspace operations and Orion project control and display evaluations. He was also selected for a year-long study of crew training and performance evaluations during the development of the Boeing 787.

In 1999, Copping, of St. Charles, received College of Applied Sciences and Arts Distinguished Alumni Award, and currently serves on the College's Board of Counselors and the Aviation Flight Advisory Committee. The SIU Carbondale alumnus also organizes the annual UnitedAirlines-SIU Career Day, where high school students who are passionate about aviation fly from Chicago to Carbondale.

G. David Delaney, a graduate in Agriculture Education and Mechanization in the College of Agricultural Sciences extensively supports the college and its students.

Delaney, of Lake Forest, represents an international enterprise with operations in seven countries, and is a key player in the growing challenge of feeding the world. As vice president and COO, he holds overall responsibility for all PotashCorp operations, with a special emphasis on continuing the company's improvements on safety performance.

In 2007, Delaney committed $100,000 to establish a scholarship in his late father's name. He was also instrumental in securing a $250,000 gift from PotashCorp to support a new undergraduate teaching and research greenhouse at SIU Carbondale.  A 2009 recipient of the College of Agricultural Sciences Outstanding Service to Agriculture Award, Delaney joined the SIU Foundation Board of Directors in July.

Korte, graduated from SIU Carbondale in 1985 with degrees in electrical and computer engineering, and has used them to become an influence on the aerospace industry for more than 25 years.  He has been president of Rolls-Royce Defense since 2009.

A St. Louis native, Korte was hired by Boeing as an electronics engineer soon after leaving SIU Carbondale, and held various senior-level positions including V-22 program manager and vice president of supplier management and procurement.  Before his current role, Korte was vice president and general manager for a division of the Boeing military aircraft business known as Global Strike Systems.

The SIU Carbondale College of Engineering awarded Korte the Alumni Achievement Award in 2007, and he was a speaker at that year's commencement ceremonies.  Korte also has an MBA from Lindenwood College. 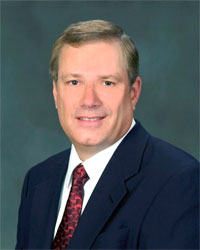 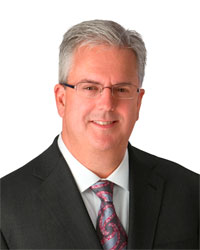 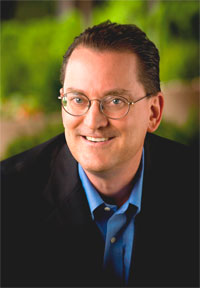