The Paul Simon Public Policy Institute is sponsoring "Race, Politics, and the 2012 Elections." Admission is free, and the public is welcome.

Browder and Stanberry are co-authors of the 2010 book, "Stealth Reconstruction: An Untold Story of Racial Politics in Recent Southern History," which examines the biracial cooperation of some white politicians and black leaders in the aftermath of the Civil Rights movement.  Copies of their book will be available for purchase at the event.

The presentation is one of the highlights of the Institute's fall 2012 semester program, said David Yepsen, Institute director.  With the state and federal elections two months away, now is a good time to discuss the campaigns, the role race is playing, and how elections are shaping up, Yepsen said.

"There is no subject more sensitive than race in America," he said.  "It's hard to have a conversation about it, but yet, we have to do it.  We are not going to make progress unless we talk about racial political issues.  These are two very good people who are experts in terms of politics and the role that race plays into it."

Browder and Stanberry will meet with students and faculty while they are campus next week, including discussions with an undergraduate political science class on Sept. 7.

Stanberry worked for several members of Congress, including as a staff assistant for Browder, during her eight years on Capitol Hill, and was president of the Congressional Black Associates.  She has been at North Carolina Central University in Durham, N.C., since 2007; prior to that she was an assistant professor at Prairie View A&M University. She is also co-author of the 2011 book, "Travesty of Justice: The Politics of Crack Cocaine and the Dilemma of the Congressional Black Caucus."  Stanberry earned a doctorate in political science from Howard University in 2004; her master's from The George Washington University Graduate School of Political Management in 1997; and a bachelor's degree in history from the University of South Alabama in 1994.

A former secretary of state and state legislator in Alabama, Browder served in the U.S. House of Representatives from 1989 to 1997 and was a founding leader of the "Blue Dog" Democrats, who emphasize a strong defense and fiscal responsibility.  Browder's academic career stretches back to 1971 as a political science faculty member at Jacksonville State University in Jacksonville, Ala., where he is now professor emeritus in American democracy and political science.  He is author of the 2009 book, "The South's New Racial Politics: Inside the Race Game of Southern History," and the subject of a forthcoming biography of his life.

For more information on this program, contact the Institute at 618/453-4009, or visit http://paulsimoninstitute.org/. 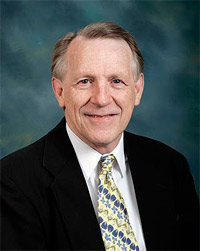 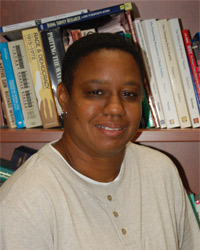