CARBONDALE, Ill. -- Close to the heartbeat of their respective communities for decades, six men with more than 200 years of newspaper experience between them were inducted April 27 into the Southern Illinois University Carbondale Journalism Hall of Fame.  Two of the recipients were honored posthumously.

The ceremony was part of the Master Editor Award presented by the Southern Illinois Editorial Association during its annual meeting.  The award honors exemplary Illinois journalists who have worked at least 20 years in the industry.

“These journalists have not only demonstrated the highest commitment to their craft, they have been leaders in their communities and have helped pave the way for the future of the profession,” said Greg Bilbrey, SIEA president.  “There is a strong thread of ‘giving back’ running through this year’s class of inductees.”

Cleveland ended a 40-year career in community journalism in February, leaving the Carmi Times to join the staff of Carmi-based Elastec/American Marine.  After earning a journalism degree from SIU Carbondale in 1972, he joined the Carmi Times as a sports writer, and served as editor and publisher for most of the last 23 years.

Brothers Jerry and Larry Willis founded the County Journal in Percy in 1980, at the time making it the fifth weekly newspaper based in Randolph County.  The newspaper has the highest-paid circulation of any Randolph County newspaper.  Both men are SIU Carbondale graduates -- Jerry Willis earned a bachelor’s degree in radio-television in 1970; Larry Willis earned a bachelor’s degree in speech in 1977.

Reed, a former reporter and editor at the Chicago Sun-Times, taught journalism for 32 years at Eastern Illinois University and was director of student publications.  He earned the 2005 Illinois Press Association’s James C. Craven Freedom of the Press Award, and the 1993 Louis E. Ingelhart First Amendment Award from College Media Advisers.  He has doctoral and master’s degrees in journalism from SIU Carbondale and the University of Missouri, respectively, and a bachelor’s degree in English from the University of Illinois.

Smith was publisher-editor of The Freeburg Tribune for 34 years until 1965 when poor health forced his retirement. Smith was active in the community, including time spent as a member of the Freeburg Elementary School Board, Freeburg Village Fire Protection District Trustee, and chamber of commerce president.  His immediate family took over newspaper operations after Smith’s death in 1971, and the newspaper remains one of the few independent weekly newspapers in the area.  Smith’s son-in-law, Harold Carpenter, is the newspaper’s present editor, and a 1998 Master Editor.

Bradham began his newspaper career in Edwards County by working when he was 14 for the West Salem Advocate.  After returning from the U.S. Marine Corp, he worked for several area newspaper before establishing the Independent Times newspaper in 1976, and purchased the West Salem Advocate eight years later. In 1999, Bradham and his niece, Erin Fenton, a West Salem Grade School teacher, created a junior-high journalism class; the National Elementary School Newspaper Association has twice recognized the grade school newspaper as the nation’s best.  After a brief change in ownership after Bradham died in 2004, Fenton purchased the newspaper and continues to publish it today.

“These careers, and these lives, represent the best our profession has to offer,” Bilbrey said.  “Their honors are richly deserved.”

Longer biographies of the six inductees is available at on the Southern Illinois Editorial Association website on Facebook at facebook.com/notes/southern-illinois-editorial-association/siea-2012-master-editor-selectees/223519757761196. 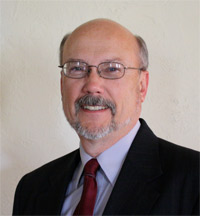 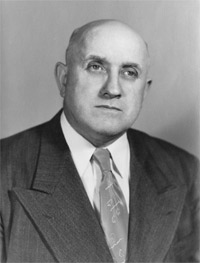 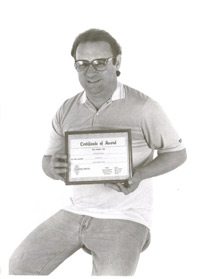