Emphasis is on ‘new’ during Outside the Box

CARBONDALE, Ill. -- It doesn’t get any fresher than made from scratch.  That’s new, even for a new music festival.

Debuting compositions, including commissioned works, is not new for Southern Illinois University Carbondale’s annual new music festival, Outside the Box.  This year’s festival, though, features compositions conceived wholly for this music festival, words and music both, by SIU Carbondale students.  New music by new composers with words by new poets and featuring new singers -- that’s a lot of “new.”

There is one bit of new-music terminology it might be useful to know for this festival: extended performance technique.  It means, more or less, using an instrument for voice for ways it was not originally designed in order to create new or unexpected sounds.

Here is a descriptive schedule of events for the entire festival.  All events are free unless otherwise noted.

Eric Mandat, SIU Carbondale professor and Distinguished Scholar, fronts for the SIU Clarinet Choir for a presentation of his own compositions.  Mandat is capable of making a clarinet do some very un-clarinetlike things.  That’s because he employs “extended performance techniques” such as removing pieces of the instrument, playing it like a flute, or using a breathing technique more common to glass-blowing than clarinet playing. Mandat is a member of the Tone Road Ramblers, an ensemble specializing in new and experimental music.  He also displays a traditionalist side, as, for example, when he performed the Mozart Concertino in Riga with the Latvian National Chamber Orchestra to the Mozart bicentennial.

What do you give an oft-awarded composer for his birthday?  How about… a whole concert of his music?  The St. Louis New Music Circle is a not-for-profit organization devoted to promoting “adventures in the arts” and presenting new music to the St. Louis area.  The group chose to honor Frank Stemper and celebrate his music because, as they described it, “Stemper works on the front lines of modern music,” even to the point where he presents new music in venues not known for promotion of new music.  Stemper is composer-in-residence at the SIU Carbondale School of Music, where he mentors emerging composers and teaches a host of courses on composition and music theory.  He founded the Center for Experimental Music at SIU Carbondale.  His music is performed all over the world, at top venues such as Carnegie Hall and the John F. Kennedy Center.  He has more than 30 commissions to his credit, and numerous grants and awards supporting his work.

Lucy Shelton, whom the Boston Globe referred to as “a new-music diva if there ever was one,” delights in being first.  She has more than 100 premieres to her name, and from composers whose names carry weight in the new-music world.

The Altgeld Chamber Players, an SIU Carbondale ensemble of faculty and graduate students, embody eclecticism with its shifting membership and repertoire ranging from early music to classical to new.

The program includes “1963,” with words by Stemper’s son about Stemper’s father; “Inner Voices,” a vehicle for extended vocal techniques; “Rope,” inspired by the Alfred Hitchcock movie of the same name; and “Global Warning,” a solo piano piece SIU Carbondale faculty member Junghwa Lee debuted in Orleans, France, then presented for an American debut at her own Carnegie Hall debut.

John Chowning may not be a household name, but it’d be a rare household untouched by his research.  Chowning discovered the FM synthesis algorithm.  Ultimately, that led to what we know today as the synthesizer.  Working with Yamaha, Chowder helped develop synthesizers and electronic organs, and in the process, made Stanford University a bundle of money, some of which helped fund the Center for Computer Research in Music and Acoustics that Chowder founded in 1975.  He is known as a pioneer in computer music, and he remains a leading name in experimental music today.  He’ll be working with SIU Carbondale students in Altgeld.  The public can come, too.

“The Human Voice” is a one-act opera composed by Francis Poulenc and based on a Jean Cocteau story turned libretto.  Ginther explained that the original libretto was written for a cabaret singer, and therefore requires a singer to approach the piece from an actress’s point of view and not just as a song.  The one-sided story reveals a woman on the telephone with her lover on the eve of his marriage to another woman, and shows the audience the various stages of heartbreak and meltdown.  Mezzo-soprano Julia Bentley, visiting from Chicago, sings and Kuang-Hao Huang, also a Chicago-based musician, accompanies on piano.

Julia Bentley has performed at venues nationwide. Her home base is Chicago, where she performs with several ensembles.

Kuang-Hao Huang also spends time in Chicago, playing with the Chicago Chamber Musicians and the Chicago Symphony Orchestra and teaching. He has premiered new music by composers such as Louis Andriessen and Chen Yi at Carnegie Hall.

Diane Coloton is a member of the voice faculty at SIU Carbondale with a performance history including Mozart’s heroines, the difficult modern piece, “Pierrot Lunaire,” and several debuts, including several works from John Eaton.

John Chowning performs the electric music, and is joined by Frank Stemper and others.

Susan Botti is both a singer and a composer.  Theatrical influences, by her own admission, “play a vital part in her musical expression.”  She’s won plenty of awards, including a Guggenheim Fellowship, and she’s had plenty of commissions, including from the Orpheus Chamber Orchestra and the Blakemore Trio.  She performs her own vocal compositions, an unusual occurrence in the new classical music world.  She also performs a wide variety of works by other composers, including John Cage and Tan Dun.

The SIU Percussion Group, under the tutelage of percussion faculty Ron Coulter, encompasses a broad range of percussion chamber music, from classic to contemporary to improvised, including influences from around the world. The group often incorporates a multi-media approach to its musical performances, including other instruments, imagery, performance art or dance -- or all of the above.

Coulter is senior lecturer in percussion, the force behind the SIU Percussion Group and the SIUC Improvisation Unit (siuIU), a member of several ensembles, including the SIU Carbondale-based New Arts Jazztet, and part of the performance duo RedVixa.

• Concert: Music of Morten Lauridsen, Kathleen Ginther, and Susan Botti, featuring the SIU Concert Choir, SIU Chorale Union, SIU Wind Ensemble, soprano Susan Botti, and mezzo-soprano Julia Bentley, 7:30 p.m., Shryock Auditorium.   Note: This is the only Outside the Box concert with an admission fee.  Tickets are $12 for the general public, $6 for students, available at the door before the concert, or in advance at the Shryock Auditorium box office or through Southern Tickets Online.

Terry Teachout, drama critic for the “Wall Street Journal,” described Morten Lauridsen as “the Best Composer You’ve Never Heard Of.”  In his article, he pointed out that Lauridsen’s music “is more widely performed than that of any other contemporary choral composer.”  Voice students, particularly choral students, at SIU Carbondale know about him, though.  Ginther said students in the SIU choruses -- and their director, Susan Davenport -- are walking around Altgeld Hall as though in a cloud.  Lauridsen is a new-music composer, but his work is not characterized as experimental or edgy.  It is characterized as tonal, melodic, and sincere.

The film being screened before the concert is, as the title suggests, about Lauridsen.  The filmmaker emphasizes what he describes as Lauridsen’s “mystical” side, his passionate love for nature and for music, and “fierce compassion and unwavering dedication to the craft of composition.”  Lauridsen is a 2007 recipient of a National Medal of Arts among many other awards.

Kathleen Ginther is the organizing force behind Outside the Box.  Her music has been performed on both coasts, and in Europe, Asia and South America.  Obviously a proponent of new and experimental music, her own compositions include solo pieces, chamber and orchestral works, and electronic and computer music.  She has composed music to accompany dance and film as well.  Ginther is an active member of the Chicago-area new music scene.

The Unaccompanied Song Project teams up SIU students of music composition, vocal performance and poetry writing to create songs for voice only.  Lucy Shelton has been helping the students, and will workshop with them during her visit.

“Pierrot Lunaire,” sometimes called “Moonstruck Pierrot,” or “Pierrot in the Moonlight,” is an Arnold Schoenberg composition based on a German translation of a cycle of Albert Giraud poems.  The distinctive singing style called for is “Sprechestimme,” or spoken-sung.  “Pierrot” is a stock character in pantomime, and is often depicted as a white-faced clown dressed in white.  He is often portrayed as sad and lovelorn. In “Pierrot Lunaire,” the story takes a haunting turn, with references to graveyards and the lunacy that comes from prolonged gazing at the moon.  This composition is a signature piece for Shelton, and this year marks the 100th anniversary of the first performance. 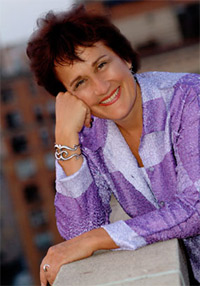 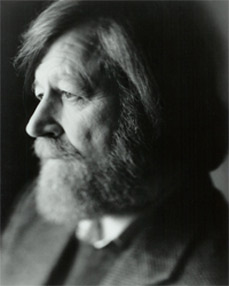