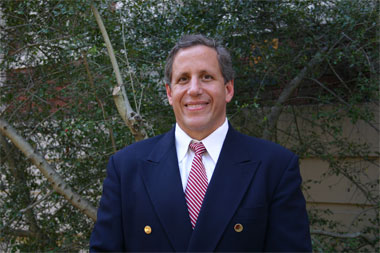 CARBONDALE, Ill. -- A leading expert on public higher education finance will discuss the unprecedented nationwide enrollment growth and the symbiotic relationship that rural community colleges can have with four-year institutions at Southern Illinois University Carbondale.

Stephen G. Katsinas, director of the Education Policy Center and professor of Higher Education Administration at the University of Alabama, will present, “The Future of Rural Community Colleges,” at 10 a.m., Thursday, Nov. 3, in Student Center Ballroom B.  Katsinas is a visiting professor this semester at the Paul Simon Public Policy Institute.

Katsinas is the lead author of an annual survey of the National Council of State Directors of Community Colleges, and will share his 2011 findings with community college executive officers, board members, teachers, students and others.  Invitations to attend have gone to community college and university leaders from throughout Southern Illinois, southeast Missouri, and western Kentucky.

The discussion is free and open to the public, but advance registration is required for space considerations because seating is limited. To register, contact Christina Rich, Institute project coordinator, at 618/453-4078 or by email at clrich@siu.edu by Nov. 1. The discussion will also be available via live stream for free on the Institute’s website, paulsimoninstitute.org/.

“Community colleges are an important part of the nation's higher education system, particularly during these difficult economic times that have caused their enrollments to swell,” said David Yepsen, Institute director.  “Steve’s research into their management and financing problems should provide some useful insights for our students, as well as people who care about the future of higher education generally.”

“The information age has come to rural America and higher education, community colleges and four-year institutions like SIU Carbondale, are more important than they have ever been to rural America,” Katsinas said.

Katsinas, who has written about the history of community college development in Illinois, said there are three fundamental missions of a comprehensive community college:  general education opportunities for students who will transfer to four-year institutions; providing technical programs that can lead to employment; and short-term, workforce training that often does not produce college credits.

Universities can continue to play an integral role, he said.

“We are moving head-long into a life-long learning society,” he said.  “I think the opportunity is there to work with the community colleges to refine missions, and make sure that across the region you promote as seamless a set of services as you are able to provide for the different populations,” he said.

There were 16 municipal junior colleges in Illinois in 1957 when the Illinois Commission on Higher Education published its first major report, which included a chapter detailing where community colleges should be in downstate Illinois, Katsinas said.  At the time, the closest facility in the region was aligned with the Centralia public school system.  In essence,  the Vocational Technical Institute, which began in 1950 at SIU Carbondale, “was really the first modern downstate community college,” Katsinas said.  VTI later became the College of Applied Sciences and Arts.

A two-degree SIU Carbondale graduate, Katsinas is spending the fall at the Institute where he is serving as a visiting professor.  He is on sabbatical from the University of Alabama. Katsinas earned a master’s degree in history in 1981, and a doctorate in higher education in 1986.

Yepsen noted Katsinas’ “working sabbatical” at his alma mater included three presentations to the SIU Carbondale community, in addition to work on his own research.

“It’s been great having him here and I hope we can entice other scholars to spend time with us in the future,” Yepsen said.

For more information on the program, contact the Institute at 618/453-4009 or visit paulsimoninstitute.org/.