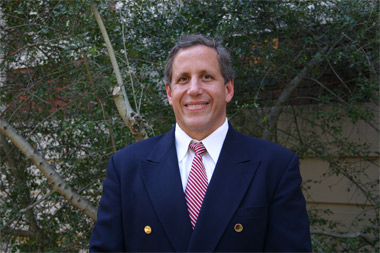 CARBONDALE, Ill. -- The educational vision of Delyte W. Morris and the non-traditional academic profile that he used to transform Southern Illinois University Carbondale from a small teacher’s college into the state’s second-largest public university is the focus of a discussion next week.

Stephen G. Katsinas will present “Delyte W. Morris: An Educational Visionary,” a look at how Morris set about building the University during a luncheon lecture at 11:30 a.m., Tuesday, Oct. 4, in Student Center Ballroom B.  Katsinas is a visiting professor at the Paul Simon Public Policy Institute.

Reporters, photographers and camera crews are welcome to attend the session for Stephen Katsinas.  For more information, contact Matt Baughman, associate director at 618/453-4009 or 618/201-0082.

The luncheon and lecture is free and open to the public, but seating is limited and advance registration is required for meal considerations. To register, contact Christina Rich, Institute project coordinator, at 618/453-4078 or by email at clrich@siu.edu by Friday, Sept. 30.  Open seating will be available for those who wish to only listen to the speech and not be included in the meal.

The Paul Simon Public Policy Institute is sponsoring Katsinas’ lecture.  The discussion will also be available via live stream for free on the Institute’s website, paulsimoninstitute.org/.

“No individual shaped SIU more than Delyte Morris,” said David Yepsen, Institute director.  “Steve’s lecture on Morris’ tenure and management style will be a good history lesson for more recent arrivals to campus, and a retrospective for those who were here during his long tenure.  For students in education and in education management, the lessons of Morris’ tenure can provide some useful tips for their own careers.”

Morris, who was SIU president from 1948 to 1970, brought in specific programs, such as the forestry department, that were tied to the region’s economic base, Katsinas said.  A native of Xenia, Morris was firmly rooted in his Methodist faith and passionately believed in service to mankind. In a triad of teaching, research and service, Morris “put service first, and teaching and research were vehicles to accomplish that service,” Katsinas said.

The service was to Southern Illinois first, then the state, the nation, and beyond, said Katsinas, who relies upon Morris’ 22-year tenure at the University when teaching his own students the history of mass higher education in the United States after World War II, and how to approach visioning at colleges and universities.

During Morris’ years, the University went from a teacher’s college to 34,000 students on four campuses -- at SIU Carbondale, SIU Edwardsville, the SIU School of Medicine in Springfield and the School of Dental Medicine in Alton -- by 1971, Katsinsas said.

“His commitment was to Southern Illinois and using the University as a vehicle to lift up the region,” Katsinas said.

“In the second decade of his presidency there was a great deal of outreach to developing countries; it was at this time that SIU developed its international emphasis,” Katsinas said.

Innovative academic programs include the Rehabilitation Institute, Touch of Nature, and programs within the current College of Applied Sciences and Arts.  The University built its non-traditional academic profile through Morris’ vision and determination, Katsinas said.  The University was the first public higher education institution in the state to have a College of Communications, and is the only institution other than the land grant at the University of Illinois at Urbana-Champaign to have an agriculture college, Katsinas said.

Morris was committed “to the power of higher education to serve first-generation students.  This specifically included serving minority students.  He understood that,” Katsinas said.

Morris made lawmakers, both Democrat and Republican, aware of the University, its needs, and development, Katsinas said.

Prior to 1970, when the state legislature met every other year and approved two-year budgets, Morris went up four separate times in off-budget years seeking more funds to pay student workers.  Many students needed the extra money to continue their studies.  Katsinas said one legislator once asked Morris, “Just how much money do you need for your University down there in Carbondale,” to which Morris reportedly immediately replied, “How much money do you have?”

Katsinas believes there are three key factors in SIU Carbondale’s emergence during Morris’ tenure.  The first is that the University was the only focal point of higher education south of Springfield, other than a small municipal junior college in Centralia, Katsinas said.

The second factor was a “truly outstanding set of legislative leaders at that time,” Katsinas said.  These included Republicans the late John Gilbert and R.G. Crisenberry, and Democrats the late Paul Simon, late Paul Powell, and late Clyde Choate.  Later this would include a Republican the late Ralph Dunn, and a Democrat, the late Bruce Richmond, Katsinas said.

“Morris was a master at developing a positive, forward-thinking agenda that could rally diverse people and political interests,” he said.

“It took a Delyte Morris to articulate regional needs in a positive way, such that the legislative leaders over a long period of time bought in,” he said.

Morris established the University’s Graduate School, broadening the mission from the regional teacher’s college that it was prior to World War II.  Other academic innovations included the distinguished visiting professor’s program, which brought recently retired professors, such as philosopher Paul Arthur Schilpp and R. Buckminster Fuller, to campus.  Morris specifically played the role of “chief talent scout” to find creative leaders to come to Carbondale as department heads and deans, Katsinas said.

“He deliberately sought curricular leaders excited about starting new academic programs on a blank slate, who would be attracted by that special kind of opportunity,” Katsinas said.  “He believed good curricular leaders knew how to build strong academic programs that in turn would attract dynamic younger faculty.  With distinguished visiting professors to help mentor them, and offers of early tenure and promotion, these departmental chairs and deans could attract and build SIU.”

A two-degree SIU Carbondale graduate, Katsinas is spending the fall at the Institute where he is serving as a visiting professor.  He is on sabbatical from the University of Alabama. Katsinas earned a master’s degree in history in 1981, and a doctorate in higher education in 1986.  He has been director of the Educational Policy Center and professor of Higher Education Administration, both at the University of Alabama, since 2005.

For more information on the program, contact the Institute at 618/453-4009 or visit paulsimoninstitute.org/.