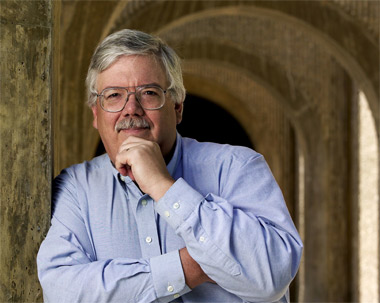 CARBONDALE, Ill. -- Hank Greely, an internationally recognized expert in law and the biosciences, will discuss the social and legal consequences of emerging reproductive technologies this week at the Southern Illinois University School of Law.

Greely, the Deane F. and Kate Edelman Johnson Professor of Law and director of the Center for Law and the Biosciences at Stanford Law School, will deliver the 2011 Dr. Arthur Grayson Distinguished Lecture.  The lecture will take place at 5 p.m., Thursday, Sept. 15, in the Hiram H. Lesar Law Building auditorium.  The lecture is free and open to the public.  A video feed of the lecture will also be available at the SIU School of Medicine in Springfield, and available later on the law school’s website at www.law.siu.edu/.

Greely said his lecture, “The End of Sex,” will look at new reproductive technologies that he believes “will mean that within the next several decades, most children, at least in rich countries, will be conceived through in vitro fertilization.”  The technology will make in vitro fertilization much easier, safer, and cheaper, and thereby allow many more people to take advantage of genetic testing of the embryos through an existing technique -- pre-implantation genetic diagnosis -- before deciding upon which embryos to transfer for possible birth, he said.

Now in its 15th year, the Grayson Distinguished Lecture is one of the longest running lecture series in the law school.

Reporters, photographers and news crews are welcome to cover the lecture.  To make arrangements for interviews or for more information on the event, contact Alicia Ruiz, the law school’s director of communication and outreach, at 618/453-8700.

“Professor Greely is an internationally recognized scholar in law and bioscience, and we are incredibly fortunate to bring him here for this lecture,” Dean Cynthia L. Fountaine said.  “I thank professors Basanta and Mekel for their work in making this possible, and I also thank the Garwin Family Foundation for their continued financial support of this lecture series.  This lecture is part of SIU School of Law’s nationally ranked health law program, and is a wonderful resource for the Southern Illinois community.”

Greely sees two important shifts coming up.  Within five years, non-invasive fetal DNA testing early in pregnancy will be available for hundreds, if not thousands, of diseases, giving far more parents choices about continuing or terminating pregnancies.  In 15 to 30 years, new methods of procuring, or creating, human eggs, will move the decision back from early in pregnancy to before pregnancy, to decisions about which embryos, with what genetic inheritance, to transfer into a woman’s womb in hope of starting a pregnancy.  These coming revolutions will raise many issues for physicians, ethicists, lawyers, parents and all citizens to consider, he said.

One issue involves in what areas should tests, such as for particular genetic traits, occur, and whether testing should be done to learn such things as a fetus’ sex, hair color, and personality, he said.  There is also a question about the confidence about the science involved regarding genetic variation probabilities, he said.

“Another issue is how professionals can meaningfully convey all of this information to potential parents,” Greely said.  “How do you educate people about 1,000 or more different genetic conditions or traits -- and not just about the genetic likelihoods but also about the medical realities of those conditions?”

Another issue is how will individuals or couples make these decisions, Greely said.

“Consider being told to choose two embryos out of 15 to transfer for possible birth and being given information on 1,000 traits for each of those embryos?  Arguing about that decision could put a real strain on a relationship,” he said.

Too much information, at the least, can be “a difficult thing,” Greely said.

“Medical professionals will need the time, knowledge, skills and patience to help their patients understand what this information may mean -- but all of those may be in short supply,” he said.

Greely said it is impossible for the law and ethics to keep up fully with scientific advances, “and we need not to get too far ahead of ourselves.”

“Sometimes the science takes turns such that early regulation may end up being bad regulation,” he said.  “But we need to keep on top of the issues and try to react in good time.  The regulatory authority of the FDA (Food and Drug Administration) can be a great help in this effort, at least in areas where it has and asserts that authority.”

There is a recent push in genetic testing to determine which sports a child is more likely to excel at, but Greely believes “genetically predictable traits are not likely to be very important in sports.”

“You can predict whether a given embryo might play boys’ or girls’ soccer, and maybe, a little bit about the likelihood of sprinter speed versus marathon endurance … but those things will almost always be better determined by watching an actual child run,” he said.  “Personally, I think the sports genetic testing boom is likely to bust, but we won’t really know for several decades.”

The Garwin Family Foundation, created in 1993 for the purpose of fostering educational and academic research, funds the Grayson Distinguished Lecture.  Ruth and Leo Garwin were founding members of the foundation.  The lecture honors Ruth Garwin’s brother, Arthur Grayson, a Los Angeles surgeon, who died in 1990.  Surgeon Marsha G. Ryan of rural Murphysboro and her brother, anesthesiologist Mark J. Garwin of Cobden, both SIUC alums, are the Garwins’ children.

“Their support is the kind of thing that has allowed our Health Law Program to be successful,” Basanta said.  “A major part of the support that has allowed us to achieve that level has come from the Garwin Family Foundation.”

For more information about the lecture, visit law.siu.edu/healthlaw/grayson.php.