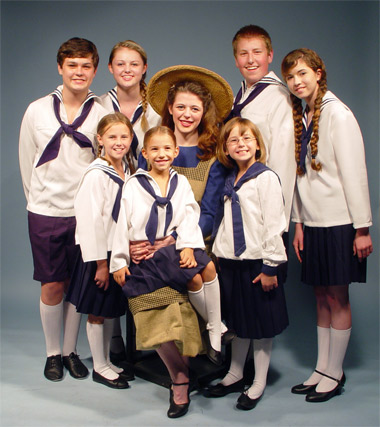 'The Sound of Music' coming to McLeod stage

CARBONDALE, Ill. -- "The Sound of Music" comes to the McLeod Theater at Southern Illinois University Carbondale as the second selection in the McLeod Summer Playhouse 2011 season.

“The Sound of Music” includes some of the most recognizable songs in Broadway musical history, including “Do-Re-Mi,” “My Favorite Things,” and “Edelweiss.” The musical opened on Broadway in 1959, with music by Richard Rodgers, lyrics by Oscar Hammerstein II and a book by Howard Lindsay and Russel Crouse.

The story, based on “The Story of the Trapp Family Singers,” the memoirs of Maria von Trapp, tells the story of a convent postulate sent to care for the seven children of a naval captain in Austria immediately prior to World War II, and her musical way with the family. The grim specter of war and national socialism contrast sharply with the gentle romance of the musical, leading to a tense finale.

The McLeod Summer Playhouse production features local talent as well as theater professionals (some of them local as well), including SIUC faculty members Jeanne Wagner (Mother Abbess), the director of the SIUC School of Music, and Lori Merrill-Fink (Sister Berthe), director of the University Honors Program. All of the von Trapp children are locals as well, with plenty of local theater experience to their credit already.

Tickets are $25 for general admission, $10 for students. Order tickets in advance at 618/453-6000 or online at SouthernTicketsOnline.com. Tickets are also available at both the McLeod Theater and Shryock Auditorium box offices Monday through Friday, noon to 5 p.m. and one hour before each performance begins.