CARBONDALE, Ill. -- Seven faculty in Southern Illinois University Carbondale’s colleges and medical and law schools will receive honors for their scholarship at the University’s “Excellence Through Commitment” Awards reception next week.

Chancellor Rita Cheng will recognize the recipients at the reception at 5:30 p.m. Tuesday, April 19, in Morris Library. Each will receive a certificate from Cheng.

• Klubek, professor and chair of the plant, soil, and agricultural systems department, focuses his internationally known research in areas that include soil microbiology and fertility from reclaimed coal fields, pesticide decomposition, soybean and corn yield improvement, soil ecology and water quality research. He has more than 60 published scientific and technical articles, a soils textbook, and has presented at 39 national meetings and 31 regional meetings.

Colleagues note that Klubek continues to teach in the soil science specialization in the crop, soil, and environmental management major in addition to overseeing a “very productive soil microbiology laboratory.” Known for persistence involving his own research and expectations for students, Klubek is “always available to students who needed help in any facet of their class work” no matter how busy, a colleague wrote.

• McKinley, Henry J. Rehn Professor of Management, focuses his research primarily on organizational theory, which a colleague explains “examines individual, group, and organizational processes that must work together if the organization is to solve problems effectively and efficiently and meet the needs of the organization’s stakeholders.” Between 2006 and 2010, McKinley has published more than 45 articles in a variety of top journals, including “Organization Studies,” “Academy of Management Review,” “Administrative Science Quarterly,” and the “Academy of Journal Management.”

Matthew Wood, a former doctoral student who studied under McKinley and who is now an assistant professor in the Cameron School of Business at the University of North Carolina Wilmington, wrote he is impressed with McKinley’s “ability to teach students the art of developing theory and conducting rigorous research.” Wood and McKinley continue to collaborate on research projects, which Wood said “speaks volumes about Bill’s dedication to his students and his willingness to invest in their long-term success.”

McKinley has been a reviewer and associate editor for a variety of journals. His work also includes being senior editor of “Organization Studies,” and on the editorial board of the “Journal of Management Studies.”

McKinley joined the faculty in 1990. He earned his bachelor’s, master’s, and doctoral degrees all from Columbia University.

Koch has generated more than $2 million in research and training funding during his career, according to a nomination letter. The grants include funds to study alcohol treatment resources for older adults, methamphetamine problems and substance abuse problems among people who are HIV positive. Koch’s research team includes doctoral, graduate and undergraduate students, including two REACH Award recipients, a McNair Scholar, along with grants funding the first post-doctoral fellow in the Rehabilitation Institute.

While at the University of North Texas and SIUC, Koch has published or had in press 19 peer-reviewed articles and six non-refereed articles, published 11 book chapters, and authored or co-authored a book review, six journal editorials and 22 technical/research reports. He has presented peer-reviewed papers 87 times, has been an invited speaker-poster presenter 58 times, and served as a keynote speaker at professional meetings on nine occasions. Koch also has a forthcoming book that looks at ethical issues in substance abuse counseling.

Koch’s career shows a “well-balanced concern for teaching, research and service,” with “significant contributions” to the Rehabilitation Institute, the College of Education and Human Services, and SIUC, according to a nomination letter.

Koch is founding co-editor for “Rehabilitation Counselors' and Educators' Journal,” and is a board member for the International Coalition of Addiction Science Educators.

Koch earned both his bachelor’s and master’s degrees from Clarion University of Pennsylvania in 1993 and 1994, respectively. He earned his doctoral degree from SIUC in 1999.

• Drennan, an assistant professor in the SIU School of Law, focuses his scholarly work on a variety of tax areas -- the intersection of intellectual property law and taxation, tax laws involving charities and charitable giving, and tax treatment of deferred executive compensation.

His articles include looking at tax consequences of donating patents and copyrights to charities, tax consequences on a sale, assignment or license of a patent, and the U.S. Patent Office issuing patents for innovative tax planning strategies. Drennan is co-author of “Tax Planning Patents,” a tax management portfolio published by the Bureau of National Affairs, which looks at tax strategy patents. His most recent article focuses on charitable naming rights.

Drennan is also a co-author of a tax management portfolio on estate planning for the corporate executive.

• Hill, an internationally recognized professor in anthropology, is known for his work in Amazonian research, in particular the indigenous Wakuénai people living in along the Amazon River in southern Venezuela.

Hill’s research interests include ethnology, ecology and history of Lowland South America. Professional colleagues cite Hill’s work as having a “profound impact on the intellectual character of anthropology of this region.” His work for decades “is an outstanding example of a scholar who has endured all the rigors and challenges of pursuing such a deep understanding amongst remote, tribal peoples of the Amazon.”

Hill’s work includes his 2009 book, “Made-from-Bone: Trickster Myths, Music, and History in an Amazonian Community,” in addition to “Keepers of the Sacred Chants: The Poetics of Ritual Power in an Amazonian Society.” He is co-editor of two books that will be published later this year. He has also published approximately 25 peer-reviewed journal articles, 35 peer-reviewed book chapters, 15 book reviews and eight commentaries, and is active in presentation conference papers and invited lectures around the world. Hill is president-elect of the Society for the Anthropology of Lowland South Africa, and an executive board member of the Society for the Anthropology of Religion, a section of the American Anthropological Society.

Hill, who joined the faculty in 1986, earned his bachelor’s degree from the University of Chicago in 1976, and his doctorate from Indiana University in 1983.

• Rogers, an associate professor of clinical medicine in the division of internal medicine at the School of Medicine in Springfield, is nationally recognized for her research focusing on exercise in breast cancer survivors.

In 2009, Rogers received a more than $3.5 million grant from the National Cancer Center, a division of the National Institutes of Health, for a five-year study on how exercise improves physical activity in breast cancer survivors. Less than a year later Rogers received another nearly $350,000 grant also related to the study of exercise among breast cancer patients. In addition, another line of research focuses on head and neck cancer patients, according to professional colleagues.

In addition to her research, Rogers is the author of more than 20 publications based on her work at the School of Medicine. She also is a “front-line teacher of our students and residents about preventative medicine,” and remains an active general internist, and serves on national committees of the American College of Sports Medicine and the Southwest Oncology Group, according to nomination letters.

Rogers has “succeeded in fully developing and applying her own expertise in several disciplines, in bringing major grant funding to SIU, in becoming a nationally recognized leader in an area that is a high national and regional priority, and in bringing direct benefit to the people we serve,” according to one nomination letter.

• Whiles, a professor in zoology, is known for his work that focuses on freshwater ecosystem ecology with an emphasis on the structure and function of streams and wetlands. While he is likely best known as an invertebrate ecologist and for his field and laboratory-based research, colleagues note Whiles is also talented as a taxonomist and herpetologist.

Colleagues praise Whiles for his “understanding and embrace of interdisciplinary research.” Whiles is among a collaborative team of SIUC researchers in 2009 to receive a six-year, $3.2 million Integrative Graduate Education and Research Trainee grant from the National Science Foundation to train up to 20 leading watershed scientists while they earn their doctorates at SIUC. He is one of the co-founders of the SIUC Center for Ecology, and also is director of the Middle Mississippi River Wetlands Field Station, also at SIUC.

Whiles came to SIUC in 2000. He earned a bachelor’s degree from Kansas State University in 1988, and his master’s and doctoral degrees from the University of Georgia in 1991 and 1995, respectively. 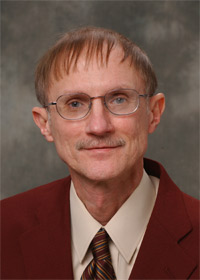 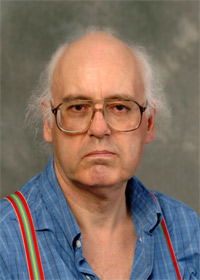 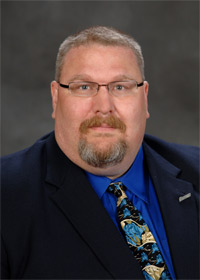 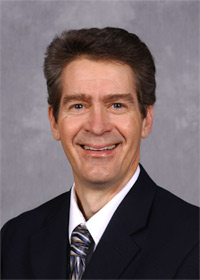 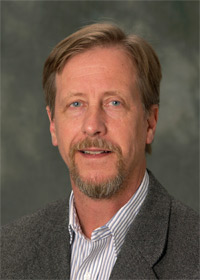 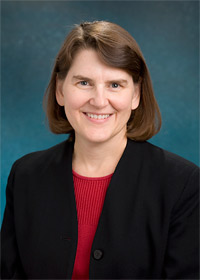