Chancellor Rita Cheng will recognize the recipients at an Excellence Through Commitment Awards reception at 5:30 p.m., Tuesday, April 19, in Morris Library. Each will receive a certificate from Cheng.

Here are brief profiles of the honorees.

Colleagues say Wakefield puts a great deal of thought into his lesson planning and uses problem-solving techniques, interactive software, independent website and question-and-answer discussions to create inquiry-based lesson plans and engage students. One student notes that as part of being a “great teacher, mentor, adviser, and inspiration” to her, Wakefield “encourages me to push harder than the expectations I have for myself, which has helped me realize what more I can do.”

Active in promoting and recruiting for diversity within the College of Agricultural Sciences, his research revolves around the history of blacks in agriculture. Wakefield’s research was presented at the 2010 National FFA Convention, and will be included in agricultural history curriculum materials in high schools across the country. In addition to his classroom duties, Wakefield created the Minorities in Agriculture, Natural Resource and Related Sciences Club, re-established the Collegiate FFA, and co-created the Alpha Tau Alpha Honorary Agricultural Education Organization.

• Miller, an associate professor in the dental hygiene program in the School of Allied Health, demonstrates bridging teaching, research and service, and is a role model to her students, according to colleagues.

Miller places high expectations for her students in a program that relies heavily on one-on-one interactions in clinic, lab, and classroom settings. Miller’s teaching philosophy is one where she shares her experiences, stories and passion for her profession. Teachers, she said, are leaders “and required to lead by example, be a role model, and go when no one else is going.” Students remember the tough instructors, those who made them laugh, cry, and those who teach “beyond the boundaries of the classroom and hopefully become better citizens and serve the public with professionalism and compassion,” she wrote.

Her numerous University-related activities with registered student organizations include president of Alpha Kappa Alpha sorority, and co-adviser of the student chapter of the American Dental Hygienists’ Association. She organized several cancer screenings in surrounding communities and was instrumental in establishing the Dental Sealant Grant Program at SIUC, which provides children with oral health care and serves as a service-learning component for dental hygiene students.

Miller came to SIUC in 1999. She earned her bachelor’s and master’s degree from SIUC in 1991 and 1999, respectively, and is working toward her doctoral degree also from SIUC.

• Beardsley, an associate professor in finance, has been with the SIUC faculty since 2003, and twice was named to the College of Business’ Undergraduate Teacher of the Year Honor Roll. Her students continually give her very positive evaluations, with colleagues noting her “student-centered approach” in the classroom is a basis for her success in achieving high student learning outcomes. She utilizes projects based on real-world problems to give students an opportunity to actively learn the subject, and uses computer-based trading and investing simulations in providing innovative ways to learn.

Beardsley believes teaching requires passion, knowledge, patience, modesty, and above all, responsibility. She notes that most students will not recall the 99 percent of times instructors say things correctly, but “they will remember the one percent when we are wrong. I feel this tremendous responsibility on my shoulders when I teach.” Financial knowledge, except for basic theories and models, changes often, and Beardsley said her goal is that students “learn how to learn,” by understanding the “why’s and how’s so that they will know how to learn new knowledge when the need comes.”

Her students consistently say Beardsley provides a mixture of real-life examples that touch upon all learning styles to make complex material understandable. Students say they also learn from Beardsley’s open learning environment that challenges them to become engaged, and formulate and support informed opinions. Her research interest is on financial market microstructure and investments.

Beardsley earned her bachelor’s degree from Tsinghua University in Beijing, China, and her doctorate in finance from Pennsylvania State University, in 1997 and 2003, respectively.

• Putnam, an associate professor in workforce education and development, consistently earns high marks from his students, who say his courses are well organized and class expectations are clear. Students who do not meet expectations receive feedback on how to improve. One student said Putnam challenges students “to go beyond standard textbook knowledge to assimilate information and evaluate how we could transfer and apply it to various scenarios that we might face outside the classroom.”

With more than four decades in classrooms that range from middle school to the graduate level, Putnam believes teaching is both an art and science. The art of teaching involves ensuring that each student understands a teacher actually cares whether they learn, and that teachers honestly believe students can learn. The science in teaching is having a “deep mastery” of what is taught, and a willingness to “apply what you are teaching to the experiences of the learner.”

Putnam is also faculty director to the Illinois Nurse Assistant/Aide Competency Evaluation Program, one of the major applied research efforts of the Department of Workforce Education and Development. The project, which administers more than 25,000 exams annually, involves supervising all nursing assistant training programs and applicant registrations in the state, in addition to test item preparation, test construction, scoring, statistical interpretation, and criminal background checks for all applicants through Illinois.

• Chandler, an associate professor in English, is noted by colleagues as a prepared instructor who creates a comfortable educational environmental that encourages students to freely participate in classroom discussions. Colleagues note Chandler’s ability to “engage and challenge” her students.

Chandler studies 18th Century British fiction, poetry, educational theory and political philosophy, and her recent research has dealt with feminist writings from the era of the French revolution.

In teaching literature Chandler said she is “often trying directly or indirectly, to get my students to speak -- to become confident in expressing an opinion about a piece of writing, to make a case for what’s important in it, and to trust their own suspicions about its failings.” She said she also believes that people learn best, and for themselves “when knowledge is offered unstintingly.” Chandler said the approximately 25 college professors she recalls most vividly, “both as personalities and for what they taught, were all keen talkers and content providers.”

Chandler joined SIUC in 1995. She earned a bachelor’s degree from the University of Delaware in 1986, and her master’s and doctoral degrees from Duke University in 1988 and 1995, respectively.

• Arendt, an assistant professor in Library Affairs, is the science librarian and serves as liaison to several science and engineering departments, and has taught several bibliographic instruction sections and the library information literacy course. Nomination letters discuss the involvement and preparation Arendt uses in providing suggestions to students on how to effectively research individual projects. She also set up “office hours” in a corridor of the Engineering Building to assist both students and faculty.

Arendt is praised for her work in the redesign and implementation of the library’s website, and her commitment “to providing high-quality online services,” according to a nominating letter.

Arendt’s research interests involve how best to market the library relying upon areas that include electronic research tools, open access and website accessibility, and liaison programs and services.

• Lower, an associate professor in pediatrics and medical education at the SIU School of Medicine in Springfield, is lauded by colleagues and former students for her dedication to training future physicians and pediatricians.

The director of pediatrics clerkship, undergraduate pediatric education, and fourth-year curriculum at the medical school, Lower serves as a “role model for those learning to become physicians,” a nominating letter states. Several letters note Lower’s leadership on the medical school’s Senior Clinical Competency Committee, resulting in a competency examination that is the “gold standard model” of senior performance examinations for medical schools nationwide. In 2002, medical school pediatric residents recognized Lower as Teacher of the Year.

Lower is also the inpatient medical director at St. John’s Hospital Department of Pediatrics, and an Academy Scholar at the medical school.

Lower earned her bachelor’s degree from Illinois Wesleyan University in 1984 and completed her medical degree and residency in pediatrics from the SIU School of Medicine in 1988 and 1991, respectively.

• Pericak-Spector, a professor in mathematics, is recognized for her devotion to teaching, willingness to help students, and efforts to bring innovative educational programs to both the University and region. This is her second recognition as outstanding teacher in the College of Science; her first award came in 1997.

She is a principal investigator on external grants totaling more than $3.25 million, and helped guide the “supplemental instruction” for engineering sections of math courses beginning in 2001 that has significantly raised passing rates in math courses. She helped in establishing the Math Learning Center in the College of Science’s Study Lounge, a nightly program where graduate and undergraduate tutors assist students in courses that range from intermediate algebra to calculus II.

Former students say they appreciate that Pericak-Spector is willing to “go the extra mile” to make sure students understand the material, explaining she holds study sessions often at the students’ convenience, which includes weekends. Pericak-Spector chairs many outreach programs involving area high school students and teachers, including the “Math Field Day,” “Illinois Junior Academy of Science Region VIII Science Fair,” and is co-director of the annual “Expanding Your Horizons” program for girls in fifth through ninth grade.

Among her numerous awards, Pericak-Spector is a 1999 recipient of the Lindell W. Sturgis Memorial Award for professional achievement, and was named a University Faculty Woman of Distinction in 1995. 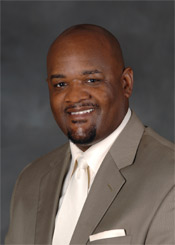 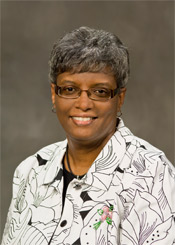 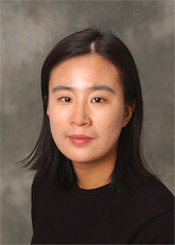 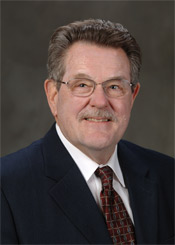 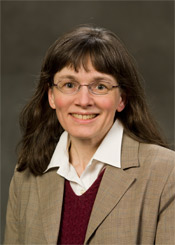 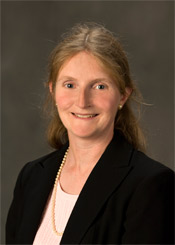 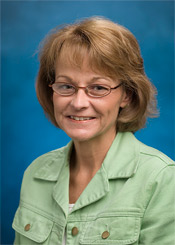 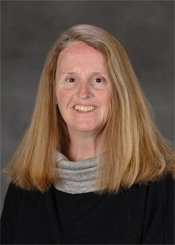