CARBONDALE, Ill. -- Three finalists seeking to become dean of the College of Liberal Arts at Southern Illinois University Carbondale will visit campus in the next few weeks.

The candidates are Ronald L. Jackson, professor of media and cinema studies and head of the African-American Studies program at the University of Illinois at Urbana-Champaign; Kimberly Kempf-Leonard, professor and chair of the Department of Criminology and Criminal Justice at SIUC; and Elisabeth Mermann-Jozwiak, associate dean of the College of Liberal Arts at Texas A&M University, Corpus Christi.

The dean is the chief administrative and academic officer for the college, and reports to the provost and vice chancellor for academic affairs. The College of Liberal Arts is the largest on campus, and is home to 19 departments and schools as well as the Center for Dewey Studies, the Center for Archaeological Investigations and the University Museum. The college includes approximately 220 tenured and tenure-track faculty members, and approximately 2,900 undergraduate and 980 graduate students.

Here’s a look at the candidates:

Jackson states he seeks to become the liberal arts dean at SIUC in part because of the University’s success in “integrating education and research, enhancing responsible ethical global civic participation, pushing boundaries of scholarly discovery, developing an inclusive environment, and promoting interdisciplinarity.”

Jackson cites experience with strategic planning, and budget prioritizing and financial planning. He developed his college’s promotion and tenure manual. He also increased potential donor contacts, and expanded alumni contact with the department as part of that effort. Jackson was part of the development of a new doctoral program in African American Studies at U of I, making it the 10th in the country. As head of the program, he also coordinated a 12-university group for African American Studies programs and departments, and strengthened the departments’ overall curriculum.

“In addition to my own scholarship, I consider one of my most significant accomplishments to be both my teaching and mentoring of undergraduate and graduate students,” he wrote in his letter of interest. He noted his involvement with coaching debate and forensics, serving as chair or committee member on 46 graduate committees, coordinating student internships and an undergraduate student honors conference.

“As Dean of the College of Liberal Arts at SIU I will insist on academic excellence among SIU students, scholarly excellence among the College’s faculty, and work toward enhancing faculty-student mentoring relationships that enhance the success of students as they prepare for graduate programs and/or professional careers.” He also promised transparency and open communication should he receive the appointment as dean.

Mermann-Jozwiak noted that her current position as the liberal arts associate dean at Texas A&M gives her insight into the broad picture of liberal arts, and also of disciplines outside the immediate scope of liberal arts. She said her own experiences “with team teaching and collaborative research and service activities have impressed upon me the benefits of a team approach to leadership as well.”

Mermann-Jozwiak holds a doctoral degree in English from the University of Wisconsin at Madison, where she specialized in 20th century American literature, critical theory, ethnic American literature and women’s literature and feminist theory. Her master’s degree in English and theology is from the University of Cologne in Germany. After earning her doctorate, she served as a lecturer at UW-Madison. She joined the faculty at Texas A&M-Corpus Christi (TAMU-CC) in 1994 as an assistant professor of English. She became chair of the department in 2001, and became the coordinator of the women and gender studies minor there in 2004. In 2005, she became associate dean of the College of Liberal Arts.

As associate dean, she works not only with the College of Liberal Arts but also with the College of Education and with other multi-disciplinary programs. She is involved with other administrative duties such as student recruitment, hiring, evaluation, staff development, graduate program oversight, course evaluation, and other responsibilities. She worked to develop and implement the multi-disciplinary bachelor of applied science at her university, and also participated in her university’s award-winning core curriculum program.

Mermann-Jozwiak received two excellence in teaching awards at TAMU-CC, one at the college level and the other at the university level. She also received a College of Arts and Humanities Excellence in Service Award, and a TAMU-CC Women’s Center Unsung Heroine Award. She has utilized several research enhancement grants offered by her university to study Chicana literature, writing in Mexico, and the language and literature of borderlands, among other projects. She is co-author of “Languages and Literatures in the Borderlands: Conversations with Mexican American Writers,” and the author of “Postmodern Vernaculars: Chicana Literature and Postmodern Rhetoric,” as well as journal articles and reviews.

“My commitment to achieving the goals of gender and ethnic diversity is evident in my attempts, as department chair, to recruit and recommend for hiring faculty members from underrepresented populations to serve as models for our students,” she said. “I have also been active in seeking increased participation from area students, specifically by forming partnerships with local high schools whose students and teachers now regularly visit our campus for University Authors Day.

“As a first-generation college student myself, I understand the challenges first-time students may face and have worked with our academic advising team to create practices for anticipating these students concern,” she wrote in her letter of interest. She added, “In my view, it is the integration of teaching, research/creative activity, and service that helps build a strong college, and one that is grounded in the community.”

Kempf-Leonard is the only current SIUC professor among the current finalists for the position of dean. She notes that she understands the unique characteristics both of SIUC and its College of Liberal Arts, and that she brings experience from her time at other universities.

Kempf-Leonard earned her doctoral degree in 1986 at The Wharton School of the University of Pennsylvania, where she also holds a master of arts in criminology and criminal law and a master of science in sociology. Her bachelor’s degree is from the University of Nebraska. Before she earned her doctorate, she was a research assistant with the Pennsylvania Commission on Sentencing and the Center for Studies in Criminology and Criminal Law at UPenn, where she also served as a teaching fellow. She taught at Temple University, Kent State University, and the London School of Economics and Political Science before coming to the University of Missouri at St. Louis as an assistant professor. While there, she was a research fellow for the Center for Metropolitan Studies and directed the graduate program. She joined the University of Texas at Dallas as a full professor, and then came to SIUC as the chair of the department in 2007.

Kempf-Leonard noted that she has experience with program building. She was part of turning the small administration of justice program at UM-St. Louis into a top-ranked graduate program, and she helped start a new program at UT-Dallas that became the second largest undergraduate major within three years of startup. When she came to SIUC, she notes, the department had recently undergone internal upheaval, but now has a new name, eight new faculty members, six successful promotions and increased enrollment, grants and publications.

Kempf-Leonard received the Gustavus Myers Award for Human Rights in North America, and special recognition from the Missouri Department of Public Safety for Service to the Juvenile Justice Advisory Group. She is the author of six books and numerous articles in professional and academic journals including “Criminology and Public Policy,” “Journal of Crime and Ethnicity,” and “Justice Quarterly.” She has received more than $600,000 in competitive research grants and contracts. Kempf-Leonard said a side-benefit of her successful grant applications has been to pinpoint areas needing improvement or better practices. The assessment data with which she is very familiar is one tool to demonstrate the effectiveness of the liberal arts in enabling students to succeed in the job market.

Kempf-Leonard said she is realistic about the challenges facing a liberal arts dean in today’s academic and economic environment. “I know unpopular cost-cutting changes are likely to be imposed on us, and I believe I am well suited to help negotiate transitions in such a way to guarantee that the result is a strong college of liberal arts for the future,” she said, adding that “the liberal arts are a core component of what makes thoughtful, productive citizens.

“I enjoy research and teaching, but I delight in program building,” she said. “I believe my career experiences have positioned me so that I can be the vigorous advocate we need on campus, the infernal cajoler who knows that positive incentives work best, and an effective negotiator for the difficult decisions ahead. I pledge to foster more efficient lines of communication within the college, to build effective interdisciplinary coalitions, to assist in removing obstacles to success and to highlight our considerable achievements.”

The current dean of the College of Liberal Arts, Alan Vaux, will retire at the end of this academic year. Vaux came to SIUC in 1980 as an assistant professor of psychology, became an associate professor in 1986 and a full professor in 1993, and served as chair of his department from 1996 to 2004, when he became associate dean of the college. He has been cross-appointed as a clinical associate with the clinical center since 1989. He served as interim dean and accepted the position of dean in 2007. 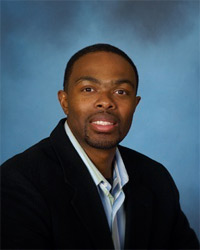 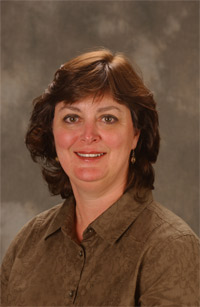 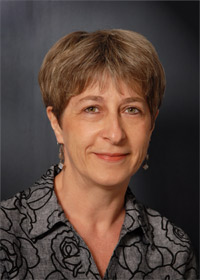