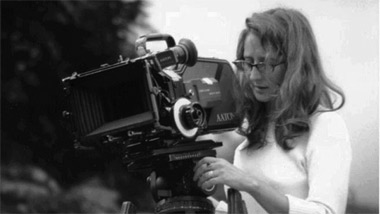 Film Fridays at the Varsity -- Argentine-born filmmaker Lucrecia Martel’s 2008 film, “The Headless Woman,” is among the films featured this fall by Southern Illinois University Carbondale’s Department of Cinema and Photography. “Film Fridays at the Varsity” will give the community a chance to see recent films by women directors and avant-garde works. The free film series, which starts Sept. 10, is also sponsored by the Varsity Center for the Arts and Film Alternatives, a registered student organization at SIUC. The films will be shown at the Varsity Center for the Arts, 418 S. Illinois Ave., Carbondale. (Photo provided) Download Photo Here

CARBONDALE, Ill. -- Southern Illinois University Carbondale is launching a new film series, in conjunction with the Varsity Center for the Arts.

“Film Fridays at the Varsity” series begins next month and will focus on two themes -- recent works by women directors and avant-garde works. The film series will give the community a chance to see the types of films that do not make their way to movie theaters in Southern Illinois, said Susan Felleman, an associate professor of Cinema Studies and Women’s Studies. Many of the films in the women directors’ series had limited openings, such as New York, Los Angeles and Chicago. The avant-garde works, including many classics, are rarely screened at all.

The Varsity Center for the Arts, 418 S. Illinois Ave., Carbondale, is hosting the screenings. SIUC’s Department of Cinema and Photography and Film Alternatives, a registered student organization, also sponsor the screenings.

The screenings begin Friday, Sept. 10, with “The Beaches of Agnès.” Admission is free, and open to the public. The screenings are at 4 p.m., with an introduction by curators, followed by casual open discussion after the films.

“The thought is to enhance the film culture at the University and in the region,” said Felleman, who will curate the “Recent Films Directed by Women” portion of the series. There is limited access in the region for independent films, and the centrally located Varsity Center for the Arts is a wonderful facility to showcase the films, she said.

The three features that Felleman will present this fall are “The Beaches of Agnes,” directed by Agnes Varda; “The Headless Woman,” directed by Lucrecia Martel; and “The Order of Myths,” directed by Margaret Brown.

In addition, two second-year graduate students in the College of Mass Communication and Media Arts’ Master of Fine Arts program will curate a series of avant-garde and experimental films. The films to be seen this fall focus on using materiality and place within films, said Deron Williams, who will curate those screenings with Derek Smith, another MFA student.

Each of those two screening events will feature several films that range in length from a few minutes to 35 to 40 minutes, Williams said. The works are from post-World War II to the present, he said. Among the film and video artists whose work will be seen are: Owen Land, Anthony McCall, Paul Sharits, Bill Viola, Marie Menken, Carolee Schneeman, and Ernie Gehr.

Additional information on the films and the schedule will be on the Cinema & Photography department website, http://cp.siu.edu/.

Felleman notes the cinema and photography department is very strong in terms of women faculty and would like to recruit more female students.

“This is part of my ongoing effort to showcase the possibilities for women filmmakers,” she said. “The six films that will be shown in the recent films directed by women series are all feature films and include a range of documentaries and fiction films. The one thing that unites them is that they are very, very strong films by women.”

The fall “Film Fridays at the Varsity” schedule is: