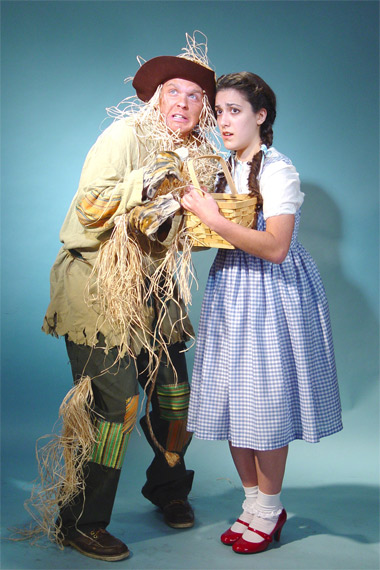 The Wizard, and witches, winged monkeys, and a bunch of munchkins are all part of the classical family musical “The Wizard of Oz,” coming to the McLeod Theater July 29-Aug. 2. The all-generation favorite, produced in conjunction with Carbondale Community Arts (CCA), is this year’s All Southern High School Theater Project, and also the closing project for the Summer Playhouse 2010 season.

“ ‘The Wizard of Oz’ is a fantastic piece for the stage,” Nancy Stemper, CCA executive director said. “It has action, adventure, magic, and all those great songs.”

The production is the Royal Shakespeare Company’s adaptation of the movie classic, based on L. Frank Baum’s children’s novel. Audiences can expect such well-known and well-loved songs as “Over the Rainbow,” “Ding, Dong! The Witch is Dead,” and “If I Only Had a Brain.”

“It’s a challenge to capture the power of the movie visuals and make it practical for the stage,” he said.

That means lots of sets and lots of set changes. Bryce Dale Allen, technical director, said he is nearly running out of room.

“Sometimes it looks as if the tornado hit the scene shop instead of Kansas,” he said.

Here is a list of the cast, by hometown: