Chancellor Samuel Goldman will host White, Cludray and other honorees, including faculty, staff and graduates, at the Excellence Through Commitment awards dinner on Tuesday, April 20. The dinner is in the Student Center.

White and Cludray each receive a certificate recognizing their contributions to the University, and a marked reserve parking space on campus for one year.

White, who lives in Du Quoin, came to SIUC in January 1998 and is arena technician for the Student Center. His duties include working all major sound events in the facility, including events that take place outside and off-campus. In addition to being responsible for maintaining and repairing all of the sound and video equipment, White is also the back-up technician for the SIU Arena, McAndrew Stadium, and Shryock Auditorium. He also assists the Student Center electrician in building maintenance.

Tena M. Bennett, associate director of the Student Center, wrote in her nomination letter that White “exemplifies the quality of an outstanding, dedicated leader, who possesses personal integrity and a thoughtful communicative style.”

Bennett wrote that White works a flexible schedule to accommodate the numerous programs the 50-year-old Student Center hosts annually, and works “above and beyond what is scheduled and expected in order to make sure every event meets and often exceeds the patrons’ expectations.”

Since White started in the job in January 1998, the number of events using house sound at the Student Center increased from 98 major events to 159 in both 2008 and 2009. Student Center personnel believe much of the increase is “directly attributable to Clancy himself, through returning clients who respect him and his reputation as a fine ambassador of the University,” Bennett wrote.

“Clancy, relatively speaking, is similar to the Wizard of Oz and is the man behind the curtain,” Bennett wrote. “Often going unrecognized and unnoticed by those at an event (unless something goes wrong), he is the part of the main reason events do go well. It is his keen ear, knowledge of audio-visual equipment, and adaptability to ever-changing situations that make him invaluable. He strives to provide perfection and blames no one but himself when in his eyes that is not achieved.”

Bennett notes White’s quick response during the May 8 storm in evacuating patrons to the basement and later with damage assessment. White returned to campus two days later when an approaching storm front forced the final graduation ceremony from McAndrew Stadium to the Student Center in less than an hour. Queried about getting power to the building and the house sound operation, White came in to assist rather than deal with his own storm-related problems, Bennett wrote.

“Clancy would say he is just doing his job, but without his dedication, insight and vast knowledge of the inner workings of the Student Center, the audio-visual events and the daily building operations would not run as smoothly as they do,” she wrote.

Cludray, an office manager in the Department of Forestry, has been with the University since March 1998. In her job she is responsible for the daily office operation including supervising student workers, maintaining department files and records, preparing the Forestry alumni newsletter, and many other activities.

She earned a bachelor’s degree from SIUC in paralegal studies in May 1997.

Professor James J. Zaczek, interim department chair, nominated Cludray. In his nomination letter, Zaczek wrote Cludray’s “knowledge, energy, and resourcefulness are the keys to her exceptional success as she works with students, parents, faculty and administration.” Cludray, who lives in Creal Springs, is often the first contact for many people who come into the department, Zaczek wrote.

“Patti’s work is superior with an enthusiasm, friendly nature, sense of humor, and approachability that is genuine and commendable,” Zaczek wrote. One of her primary responsibilities is coordinating student services within the department for prospective, new, and continuing undergraduate and graduate students, and coordinates the informational materials and packets students receive and assists in setting up appointments, he wrote.

Cludray developed and keeps a database of all undergraduate students and sets up the advisement appointments and calendar.

“Her advice and knowledge working through scheduling difficulties keeps the students on track and the faculty pleased,” Zaczek wrote. “She keeps her finger on the pulse of classes across the University and relays feedback regarding available courses and former student experiences with them. I have had many wonderful comments from students and parents alike regarding the caring and outstanding help that Patti has provided.”

He wrote of Cludray’s active support of student clubs within the department, including traveling with student clubs and escorting them when they attend professional development events. Her efforts also helped pave the way last year for the Forestry Club to host the Midwestern Foresters Conclave, an event that draws hundreds of students and parents from universities throughout the region, Zaczek wrote.

“She really cares for students taking them under her wing ensuring their opportunities and experiences here at SIUC are fulfilling,” he wrote.

Professor John Groninger said that Cludray is “instrumental in helping uphold our University’s strength as a student-centered institution.”

“I also believe her contributions to our department and college have been grossly under-rewarded,” he wrote. “She is critical to the level of success we as a department have achieved.” 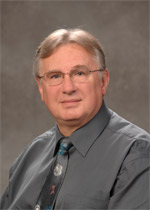 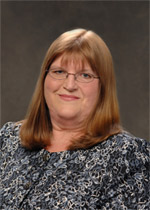