CARBONDALE, Ill. -- Recreational Sports and Services (RSS) at Southern Illinois University Carbondale has announced the winners of the Student Employee of the Month honors for the final quarter of 2009.

Belk is a senior therapeutic recreation major. The daughter of Randy Belk and Kim Stevens-Belk, she started working at RSS in summer 2009 and works with special populations. She handles office duties and also assists with Family Fun Night, adaptive and inclusive recreational bowling, as a fitness partner and much more. After completing her degree, she plans to seek employment in a developmental disabilities day facility.

“Rachel started with special populations doing her field work over the summer and continued being a very valuable member of the fall staff. She has worked well with an early morning workout partner with Adaptive and Inclusive Recreation, supervised programs and worked with children. She is always reliable and has grown as a leader among her peers. Her positive attitude and good work ethic make her a standout,” said Kathy Hollister, assistant director of special populations for RSS.

Fichtel is doing his internship for his master’s degree in sports management to complement his bachelor’s degree in kinesiology. The son of Angie Fichtel and Steve Fichtel, Marcus has worked two years as a personal trainer for RSS with career plans to pursue a job in college or professional athletics. He’s worked with the Boot Camp and earned praise from others at RSS for his ability to think about the big picture and for his marketing and advertising ideas.

“Marcus is a certified personal trainer who values healthy lifestyles and is dedicated to helping his clients achieve their fitness goals. We are fortunate to have such talented trainers working for Recreational Sports and Services,” said Lynne Thompson-Cundiff, assistant director of fitness.

Kichkha is a graduate student completing her master’s in economics. She’s already earned a bachelor’s in business administration/hotel management along with an MBA in finance. She’s a swing dance instructor for RSS where she has worked 8½ years. Her career plans include research and teaching in international economics, finance and behavioral economics. The daughter of Pravech and Udomsri Kichkha, Areerat said dance will be her life-long hobby.

“Areerat has been teaching the swing dance classes at the Rec Center for more than five years. She is extremely committed to the success of her classes. She regularly works with our marketing department to create additional fliers that she distributes all over campus. She added a continuing section in the fall due to high interest from her students,” said Sally Wright, associate director of programs.

Smith, who has a bachelor’s degree in human nutrition and dietetics, intends to complete her master’s in sports management in December. She has worked for three years at RSS as an administrative assistant and supervisor. She assisted staff in creating and presenting a project focusing on the Student Recreation facility and also created a comprehensive Red Cross database for RSS student employees. The daughter of Janet and Doug Smith, she plans a career in campus recreation.

“Liz is highly respected and well-liked by her supervisors, peers and subordinates. She excels in communicating with fellow employees and is unwavering in pressure situations. We are proud we’ve had such a wonderful employee working with us,” said Corné Prozesky, associate director of facilities and operations.

Pipkin, a junior undecided liberal arts major, began working in the business office in September 2008. The son of Giselle Pipkin, he plans to complete his master’s degree in accounting and seek employment as an accountant and sports agent. He’s garnered praise for his efficiency, accuracy, dependability, and friendly, helpful personality along with his attention to detail and positive attitude.

“Jonquil began working for the Recreational Sports and Services business office in the fall of 2008 and in this year with us he has proven to be a valuable employee. He is dependable, personable and detail oriented. He is always eager to help, a quick learner and a diligent worker. He performs any task he is asked to do and always has a positive attitude,” said Arunima Bhattacharya, an RSS accountant II.

Allen, a junior public relations major, is two-year employee of RSS where she’s an intramural supervisor. The daughter of Mike and Debby Allen, “Abbi” plans to attend graduate school and become an event coordinator for a non-profit foundation. She handles database work for RSS and officiated a championship game for the intramural volleyball league.

“Abbi is dedicated to the Intramural Sports and Sports Club programs. She is a good role model for all of our participants and student employee,” said Cassie White, coordinator of sport clubs, intramural sports and summer camps.

Recreational Sports and Services recognizes outstanding effort and service by student employees with the Employee of the Month award. Belk and Fichtel earned the honor for October while Kichkha and Smith won for November and Pipkin and Allen claimed the December awards. 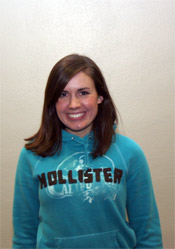 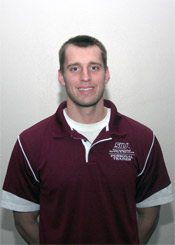 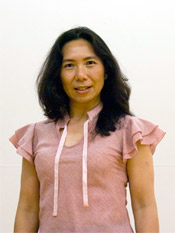 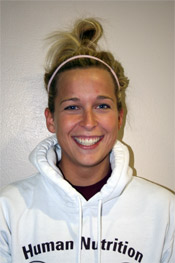 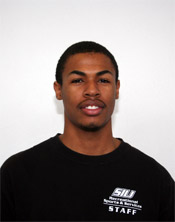 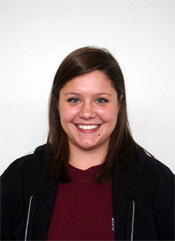