CARBONDALE, Ill. -- Spring weather is here, so it must be time to get outside the box.

The fourth annual Outside the Box new-music festival returns to Southern Illinois University Carbondale with a truly international flavor.

The festival runs March 27-April 2 with concerts, master classes and social events highlighting the contemporary music of guest composers, Chen Yi and Zhou Long, and other guests including the ensemble Music from China and percussionist Tatsuya Nakatani. Many of the events are free.

Several of the musical performances blend with events promoted during Asian American Heritage Month. Outside the Box coordinator Kathleen Ginther, a composer in the School of Music at SIUC, said she is happy the events coincide because it demonstrates the broad appeal of new music, even in musical traditions besides the mainstream.

“This year’s Festival has an Asian theme, and that’s partly because the SIUC Concert Choir and the SIUC Wind Ensemble went to China last May and performed in Beijing, Shanghai and Xian,” Ginther said. “It was a fabulous experience for everyone, and we just decided to extend it a little into Outside The Box this year. So part of this year’s festival focuses on traditional and contemporary music by Chinese-American composers, performed on Chinese and western instruments. With the large international population at SIUC and the recent visit of our chancellor and other university administrators to China, Outside The Box 2010 is our contribution to enhancing the connection between East and West.”

Here is a schedule of events. For more information, including biographies of musicians and composers, go to www.music.siuc.edu/outsidethebox2010.

Jonathon Kirk is a composer specializing in electronic music, multimedia and sound art. He uses a laptop in ways most people would not believe possible. His performances and workshops take him to cyber-art and film festivals, art museums, animation conferences and of course, music festivals.

Come see the eerie, ethereal performance that was part of the World Saxophone Congress in Thailand. Hall brings the sax and electronics, Kirk brings the laptop, low brass and live electronics. Not sure if you’ll like it? It’s free, give it a chance. Or preview it by following the links at http://akoustik.org/kirk.html.

Tatsuya Nakatani is a native of Kobe, Japan, based now in New York City, where he is an integral part of the new-music scene. A visually fascinating musician, working as he does with singing bowls, gongs, drums, and bells, played in a-traditional ways, Nakatani not only improvises his music, but also his instruments. Nakatani maintains a busy schedule -- his tour schedule includes more than 80 cities in seven countries. The siuIU is one of more than 160 artist collaborations. Go to www.hhproduction.org/TATSUYA_NAKATANI_WORKS.html or look for him on You Tube.

The siuIU -- the Southern Illinois University Carbondale Improvisation Unit -- is a truly improvisational ensemble in the School of Music. Faculty-member percussionist Ron Coulter heads up the unit, and describes it as “one of the few of its kind in the academic world.” The group collaborates with just about every improvisational musician who comes through the School of Music, maintains its own performance schedule, and participates in multi-media projects including film and performance art.

This organization of Chicago-based composers includes SIUC’s own Kathleen Ginther, as well as a roster of innovative art music composers. The group began in 1989, and continues to be part of collaborations, commissioned music and performances. The CCC also includes guest composers in their schedule as part of their mission to promote new art music in the Chicago area.

Chen Yi and Zhou Long are the festival’s guest composers this year. Chen Yi was the first Chinese woman to receive a Master of Arts degree from the Central Conservatory of Music in Beijing. She was the 2001 recipient of the Charles Irving Living Award from the American Academy of Arts and Letters, an award that allowed her to focus solely on musical composition. Now she is the Cravens/Millsap/Missouri Distinguished Professor at the musical conservatory of the University of Missouri-Kansas City, and an elected member of the American Academy of Arts and Sciences. Her musical compositions fuse Chinese and Western traditions.

Zhou Long’s compositions also blend Eastern and Western musical traditions. Long is also affiliated with the University of Missouri-Kansas City. He and Chen Yi are not only musical partners, they are also married. Zhou was Composer-in-Residence for the National Broadcasting Symphony Orchestra of China for several years in the mid-1980s, and more recently as the Music Alive! Composer-in-Residence to the Silk Road Project Festival with the Seattle Symphony Orchestra. He holds an Adventurous Programming Award from ASCAP and an Academy Award in Music for lifetime achievement from the American Academy of Arts and Letters.

Music From China is an ensemble that explores both modern and traditional Chinese music. Zhou is their music director. The group maintains both a traditional repertoire and a roster of premiere works. The musicians’ use of traditional Chinese instruments contributes to the visual experience of their concerts. All of the individual musicians are noted soloists with extensive performance credits. As an ensemble, the group guest stars at many of the finest musical venues.

The Altgeld Chamber Players are an ensemble in the School of Music representing faculty and advanced graduate students.

Come early for a Meet the Composer conversation with Chen and Zhou beginning at 6:45 p.m. Stay for a bit after the concert for a post-concert reception at Shryock Auditorium.

These SIUC students earned musical commissions in the Ann Podraza Student Composer Commission competition. According to the competition guidelines, the musical compositions had to somehow refer to the Herman Hesse novel, “Steppenwolf.” Gerald Podraza, a School of Music alumnus, established the competitive festival scholarship for this year. 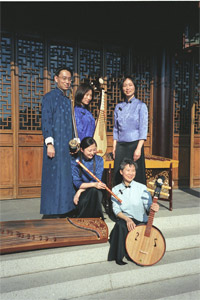 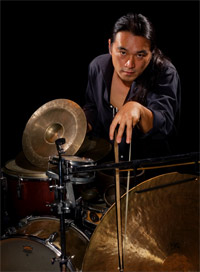 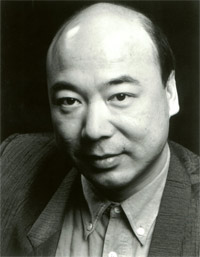 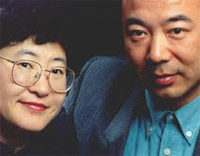 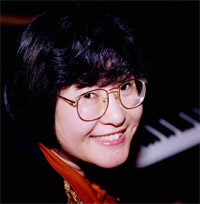