CARBONDALE, Ill. -- Two Southern Illinois University Carbondale women will be cited as Women of Distinction Wednesday, March 24, during an annual celebration of scholarship by and about women to be held in the SIUC Student Center. Each will receive a commemorative plaque.

The honor, awarded annually by the University Women’s Professional Advancement office, recognizes women who have demonstrated leadership, vision and action in their profession and a sustained commitment to diversity. It also commemorates University and community service.

This year’s faculty award goes to Professor Kathryn A. Hytten, interim chair of the Department of Educational Administration and Higher Education with a cross-appointment in women’s studies.

The administrative/professional honoree is Professor Linda A. Toth, associate dean of research and faculty affairs at the School of Medicine’s Springfield campus.

A College of Education and Human Services faculty member since 1996, Hytten’s commitment to diversity seems “part of her DNA,” as demonstrated by her research, teaching and service, said her dean in a letter nominating her for the award.

“Less resume-oriented but no less significant is her daily, more informal influence on colleagues and students with regard to her encouragement and advocacy for the efforts of those from historically marginalized groups,” Dean Kenneth Teitelbaum wrote.

Citing scholarly books, articles and talks on such subjects as “the faces of whiteness,” “racial power,” “a pedagogy of whiteness” and “feminist pragmatism” as well as leadership positions with national societies and journals, Teitelbaum noted that Hytten’s influence stretched beyond the campus and the region to the entire country.

“Kathy has been instrumental in helping us develop programming that addresses a myriad of academic and equity issues that students might face,” Seymour wrote in her letter, noting that Hytten also mentored two McNair students, helping them “develop their research interests and find their academic voice.”

Closer to home, she said she herself had benefited from Hytten’s “gentle encouragement” and guidance, enhancing her critical abilities with regard to race, class and gender.

“Kathy is patient with her students as they grapple with their own worldview in the midst of an unjust world,” Seymour wrote. “She is a constant gardener, helping graduate students prune and stimulate their ideas. “

Toth, who has doctoral degrees in both pharmacology and veterinary medicine, joined SIUC in 2000 as director of the Division of Laboratory Animal Medicine. She spent a year as interim associate dean before being named to the post permanently in 2005.

As an example of Toth’s vision, Robert Patino, director of the medical school’s Office of Technology Transfer, noted in his letter nominating her for the award that she had “revitalized” his office, enhancing services to faculty and expanding university-industry ties. She also worked to create the Office of Clinical Research Development, which provides more services to faculty and expands the school’s research capabilities.

“This vision has paid dividends with not only increased revenue but enhanced reputation,” he wrote.

With regard to her leadership abilities, Patino pointed to Toth’s involvement in professional associations. She currently serves as editor-in-chief for the American Association of Laboratory Animal Science’s two journals and did a four-year stint on the executive board of the American College of Laboratory Animal Medicine. Her work appears in more than 100 peer-reviewed publications.

In addition to her administrative duties at the school, Toth maintains an active research career. “She has managed to secure over $6.5 million in external research funding which has translated into new discoveries, salaries in the community and other intangibles,” Patino wrote.

J. Kevin Dorsey, the medical school’s dean and provost, wrote in his letter that as associate dean, she had spurred the writing of shared equipment grant applications, started an internal “near miss” grant program for faculty whose proposals had come close to getting outside funding and created a research incentive program.

“But I believe her greatest contribution has been as a role model for the women who are trainees, faculty and colleagues,” he wrote.

“She was selected to participate in the Executive Leadership in Academic Medicine program. She then used this knowledge to advise other women faculty regarding career enhancement.”

A New York native who grew up in Vermont, Hytten earned her bachelor’s degree in 1989 from Colgate University in Hamilton, N.Y. She completed her doctorate in 1996 at the University of North Carolina-Chapel Hill.

Toth earned her bachelor’s in 1972 from Duquesne University in Pennsylvania., her master’s and doctorate in 1975 and 1980 respectively from the University of Pittsburgh and a doctor of veterinary medicine degree in 1986 from Purdue University in Indiana. 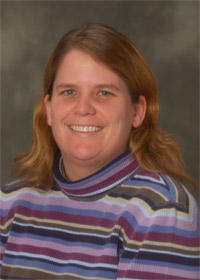 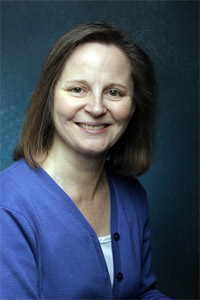