Police are investigating break-ins to four University buildings that occurred during the evening of Feb. 11 and early morning of Feb. 12. The suspects entered buildings at 1000 and 1004 S. Elizabeth St., and 803 and 807 S. Oakland St., and took approximately $8,000 in computer and electronic equipment, along with a credit card.

Police believe the suspects are traveling in a red or maroon BMW. Police recovered a video image of the car after use of the stolen credit card at one of the stores in the Nashville, Tenn., area on Feb. 13.

Anyone with information about the incident should call the SIUC Department of Public Safety at 618/453-3771 or the Crime Stopper Line at 618/549-COPS. In addition, SIUC police have a “Campus Crime Watch” Web page that allows people to also anonymously provide police with information about a crime or non-emergency suspicious activity. Go to http://www.dps.siu.edu/campuswatch/ to send an anonymous e-mail to police. 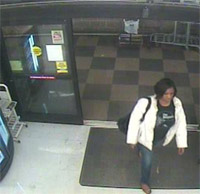 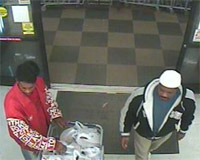