CARBONDALE, Ill. -- Two women with extensive teaching, research and administrative experience are the finalists for the position of chancellor at Southern Illinois University Carbondale.

The Chancellor Search Committee identified the finalists during an announcement reception today (Nov. 2) in Morris Library’s John C. Guyon Auditorium. They are:

• Rita Cheng, provost and vice chancellor for academic affairs at the University of Wisconsin-Milwaukee, a doctoral research university with an enrollment of 29,000. She will visit campus Nov. 4-6. Members of the campus community are welcome to attend an open forum with Cheng, set for 8:30 a.m. on Thursday, Nov. 5, in the John C. Guyon Auditorium in Morris Library. Cheng will make a presentation, followed by a panel discussion and a question-and-answer session with the audience.

• Barbara Couture, senior vice chancellor for academic affairs at the University of Nebraska-Lincoln, a doctoral research university with an enrollment of 24,100. She will visit SIUC Nov. 8-10. Members of the campus community are welcome to attend an open forum with Couture at 8:30 a.m. on Monday, Nov. 9, in Morris Library’s Guyon auditorium. Couture’s presentation also will be followed by a panel discussion and a question-and-answer session with the audience.

The 18-member search committee selected Cheng and Couture following off-site interviews with six semi-finalists. The committee started with a pool of 29 candidates.

Thomas C. Britton, associate professor of law in the SIU School of Law and co-chair of the committee, expects the committee to make a final recommendation to SIU President Glenn Poshard by mid-November.

“I am very pleased that SIUC has the opportunity to host two outstanding administrators in higher education,” Poshard said. “I want to congratulate the search committee in conducting a most thorough and thoughtful search. Their efforts have produced two outstanding candidates, both of whom have the personal and professional skills to lead our University in the future.”

Britton said committee members “consistently rallied” around Cheng and Couture during their deliberations.

“These two simply did everything right,” he said.

He also noted that committee members were “very candid” with the candidates.

“They will not come to campus unaware of our virtues or unaware of our challenges,” Britton said. “In addition, their questions told us they had done their homework.”

The committee selected just two finalists because of its confidence in the abilities of both women.

“You bring in more candidates when you are not sure about anyone, and you want to say to more people, ‘what do you think of him/her?’” she said. “These are two outstanding candidates. Either will be an outstanding leader, and they are both very excited about visiting campus and interviewing. We were convinced that we had a good, representative, diverse pool of applicants. It was clear that these two women rose above the rest, head and shoulders above, in a tough competition. Every committee member is confident that we cannot make a bad choice here.”

With their professional backgrounds, Cheng and Couture understand how a comprehensive research university operates.

“They have accomplishments to back up what they say they can do,” Stockdale said. “The depth of their experience is immense.”

She said both finalists are “consensus-builders and team players,” adding, “Both have very insightful observations about what a student-centered research university should look like. They’ve both done this at their institutions.”

Here is a brief look at the finalists.

• Cheng has served as provost and vice chancellor for academic affairs at the University of Wisconsin-Milwaukee since May 2005, serving in the position on an interim basis for four months prior to her appointment.

She joined the faculty in 1988 as an assistant professor in UWM’s Sheldon B. Lubar School of Business. She became an associate professor and A.O. Smith Professor in the business school in 1994, and has held the rank of professor since 2002.

Cheng served as special assistant to the dean for affirmative action in the business school from 1994 to 2003, and as associate dean from 1998 to 2003. From November 2002 to June 2004, she was UWM’s associate chancellor for academic affairs, then served as associate vice chancellor and interim dean of the School of Continuing Education from June 2004 until January 2005.

Cheng earned her bachelor of business administration degree in 1977 from Bishop’s University in Lennoxville, Quebec, Canada, her MBA in 1980 from the University of Rhode Island and her doctorate in management in 1988 from Temple University.

She is a certified public accountant in Wisconsin and a certified government financial manager. Cheng is the chair of the diversity committee for the Association of Public and Land-grant Universities (formerly NASULGC) Council of Chief Academic Officers, and is president of Wisconsin Women in Higher Education. Her professional service includes serving on a variety of NCAA national and regional committees.

• Couture has served as senior vice chancellor for academic affairs at the University of Nebraska-Lincoln since 2004. She also has been a professor of English in UNL’s College of Arts and Sciences since 2004.

Prior to joining the UNL, she served for six years as dean of Washington State University’s College of Liberal Arts.

Couture held a variety of positions at Wayne State University in Detroit between 1983 and 1997, including: co-director, The Professional Writing Project: A Collaboration of College and Industry, in the Department of English, 1982-1986; director of composition in the English department, 1985-1989; director of the College of Liberal Arts Humanities Council, 1988-1989; associate dean for curriculum in the College of Liberal Arts, 1990-1991; interim associate dean, Division of Metropolitan Programs and Summer Sessions, College of Lifelong Learning, 1992-1993, then associate dean between 1993 and 1997.

She is chair of the Council on Academic Affairs, Chief Academic Officers of the Association of Public and Land-grant Universities, and is a member of several other association committees. Couture also has held a variety of appointments to local, regional and national boards of civic and higher education groups.

To learn more about Cheng and Couture and their interview schedule, visit http://www.siuc.edu/chancellorsearch/

Britton said a questionnaire will be available on the committee’s Web site to gather input from members of the campus community about the candidates following their visits. That information will be part of the committee’s final analysis. 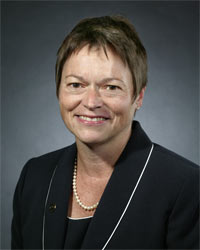 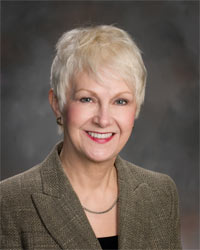