CARBONDALE, Ill. -- Two individuals who have thrived as executives, one in central Illinois and another closer to home, have been elected to serve in key volunteer leadership positions for the SIU Foundation Board of Directors.

F. Lynn McPheeters, a retired executive with Caterpillar in Peoria, is the newly elected president of the SIU Foundation. Also, Mary Kay Moore, former co-owner and CEO of the Center of Comprehensive Services (CCS) in Carbondale, is president-elect of the organization.

“Lynn and Mary Kay are proven leaders who have attained a great deal of success in their respective careers,” said Rickey N. McCurry, vice chancellor for institutional advancement and chief executive officer of the SIU Foundation. “The SIU Foundation is fortunate to have the opportunity to continue benefitting from their experience and knowledge in these pertinent roles.”

The volunteer board governs the activities of the Foundation, an independent nonprofit organization that provides alumni and friends a means to invest in the future of the University. Established in 1942, the Foundation solicits and administers gifts from private sources in support of SIU Carbondale’s academic mission. Private funding is generated through annual giving, major giving, corporate and foundation relations and campaigns.

McPheeters has served on the Foundation board since 2002. He is a member of SIU Carbondale’s College of Business External Advisory Board and has served as its chair. He was inducted into the college’s Hall of Fame in 1988.

The SIU alumnus completed a distinguished, 40-year career with Caterpillar when he retired as the company’s vice president and chief financial officer in February 2005; a post the SIU alumnus had held since 1998. His tenure included several financial positions in the United States and 15 years in various leadership roles overseas.

McPheeters has served as a member of the First United Methodist Church of Peoria Foundation Board. He is a member of the Steering Committee for the Milestone Project, whose primary focus is the construction of a new Children’s Hospital of Illinois facility in Peoria. A life member of the SIU Alumni Association, he, and his wife, Susan, have two grown children -- Melissa and Ann -- and live in Peoria.

Moore has served on the Foundation board since 2003. She has also been active in the southern Illinois community as a symphony patron, a member of the SIUC art and design board, and chairs the Southern Illinois Research Park Board of Directors.

The SIU alumna and her husband, Tom Corpora, became partners in CCS with fellow SIU Carbondale graduate Kathleen Fralish in 1984. CCS, a rehabilitation center for individuals who acquire brain injuries, was purchased by Boston-based National Mentor, Inc., in 1998. Moore, who served as co-owner and CEO of CCS from 1980-1998, subsequently became vice president for brain injury services for Mentor. She has been active in the National and Illinois Brain Injury Association, serving on committees and the board of directors. Moore received the group’s James Brady award for outstanding service.

As a student, Moore was a member of Alpha Sigma Alpha and the University Honors Program. She and her husband are life members of the SIU Alumni Association. Two of the couple’s children, Jillian, 21, and Nic, 19, attend college in Oregon, while Simone, 14, resides at home in Carbondale. 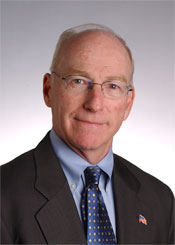 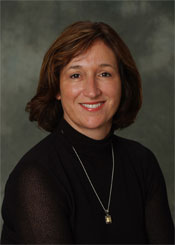